All Good Things Must End

With the unopened product drying up, and what is left costing beyond I'm willing to pay, this box of 13-14 Rookie Anthology that I've been waiting to post since the fall will probably end up as the last box of it I'm busting. 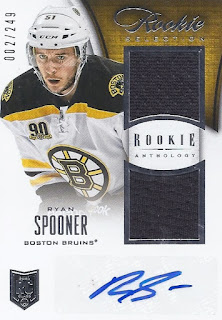 Here's the Rookie Selection card. Spooner's still playing, albeit he's now one of several that is now in the KHL. 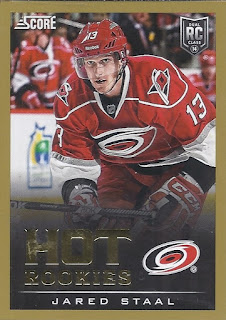 While the gold parallel wasn't of the most spectacular one available, it was still a need. This member of the Staal hockey family topped out at 2 NHL games. 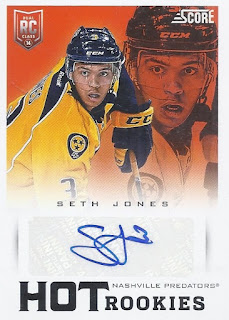 Hey! That's a pretty good one to get as the Score autograph in this! I have a few Seth Jones autographs in the collection, mostly from 13-14 releases, but it is always nice to pull a big name. 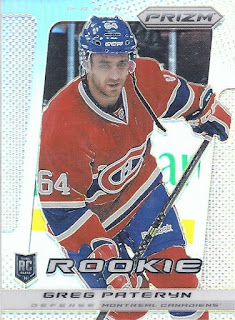 But this isn't. This is the second straight post where I have a card that I'm sure would have been welcomed by a Wolverines collector on my trade list, but this one will be moving into my 13-14 RA binder. 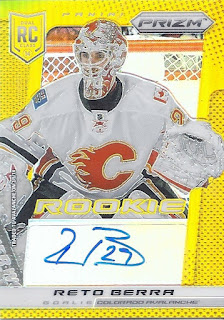 WOO-HOO! A nice shiny gold autograph /10! While this isn't the Colorado (or Calgary) player you'd prefer to pull, it is still a pretty nice addition. 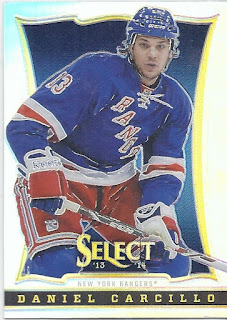 Collation only provided a single select card in this, but at least it was a shiny need. 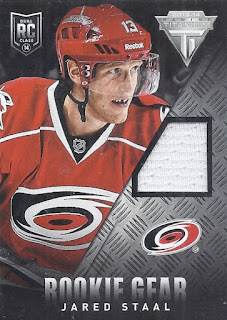 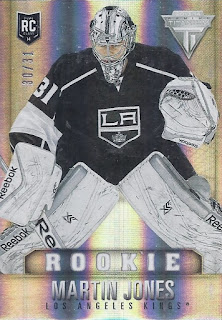 But in addition to a Jared Staal hot box, it was also a hot box for guys named Jones. That's a far better choice. Titanium had rookie cards in this that were numbered to both the player's jersey number and to their draft position. The former were considered true rookies. And it is another player who is still relevant and in the league. And it goes nicely with a long ago pulled 1/1 Black Select. 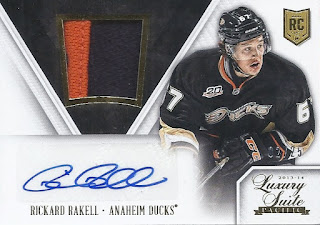 I probably should have wrapped up with that Jones, but this is a pretty nice final card from an RA box to show off as well. This one is low numbered and includes some ink and a 2-colour seam, so it is probably a better representation of the product's content than the Jones.

And that's that for my adventures in RA releases. I suppose I might do another box here or there if they return to a saner price level, but any additions to  the collection will probably be through random singles instead.

Posted by buckstorecards at 16:37