Buffalo wrapped up their best season in ages, and their playoffs start today. Of course, as a Bills fan, I'm awaiting the inevitable disappointment, but at least I've got a perfect day to show off the newest acquisitions. 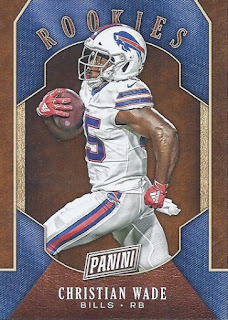 With the exception of this card, everything in here is from a couple of team select group breaks. Wade is a British rugby player who has been on the Bills practice squad the past couple of seasons. I figured he'd probably warrant an appearance in sets after a 65-yd touchdown in his first pre-season game in 2019, and he did, appearing in Obsidian and the Black Friday set, which this is from. Even if he never makes a regular season appearance, this is a nice little addition to the team collection. 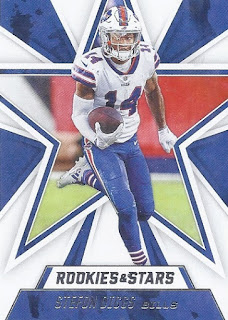 He's not the only player making his debut in the binder, here's a Stefon Diggs photoshop special out of Rookies and Stars. I admit I thought he'd be asking for a trade around Week 3 after being overthrown by Josh Allen for the umpteenth time already. 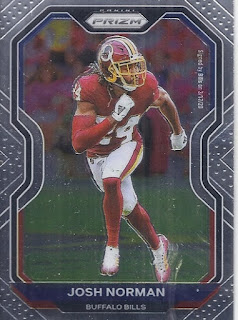 Josh Norman didn't warrant the photoshop experience. But it still has enough Buffalo content to count as a card for the collection. 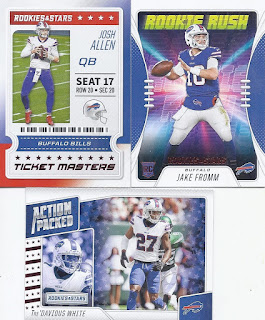 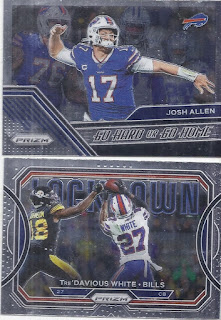 Of course these sets include inserts. I really like the Lockdown one giving a spotlight to defensive players, especially since 'defensive player with the ball' is one of my favourite photos for football cards. 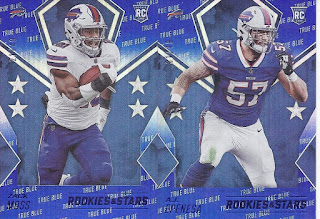 Numbered parallels are always nice - but even nicer when the colour of the parallel matches the team colours. 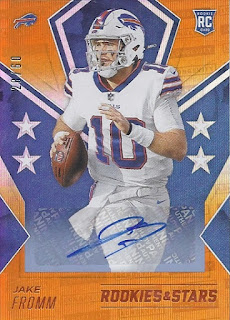 I can't imagine Jake Fromm being more than a back-up during his time in Buffalo, but I'll still add another autograph of this elite white person to the collection. 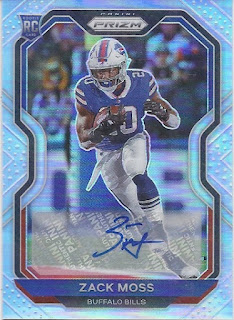 If I'm going to get only one shiny card out of Prizm, it might as well have a signature attached to it. Unlike Fromm, at least Moss has seen action this season. Although I would probably give Gabriel Davis the nod as their top rookie this year.
There you have it!
Posted by buckstorecards at 07:47