There were no dime bins at the latest local card show I hit. However, as this title indicates, there was a pretty stacked quarter bin. For today, and for several posts afterwards, I'll be showing off some of my take. I also picked up a nice pile of numbered cards for $30AWH's serial insanity hockey collection as well. You'll have to wait for those.

I may not do Masked Mondays still, but I'll keep that theme today. 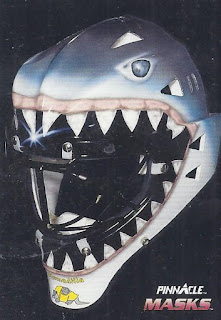 Starting off with a famous one. Brian Hayward's career with the Sharks was brief, yet his mask remains memorable still. Is this the most memorable part of the team's debut year? 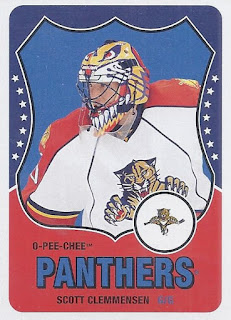 In the same vein, here's another one where the team's namesake is devouring the player's head. It is very similar to the one Vanbiesbrouck sported there, but to my knowledge Clemmensen never used an ethnic slur to refer to a player on the team he coached. 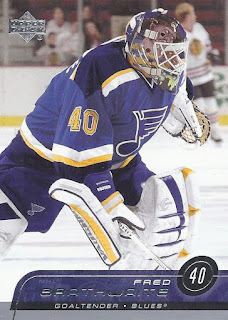 Fred Brathwaite might be the only player that can get away with using a slasher film icon other that Jason on his mask. I love how Freddy's sweater is done up in St. Louis Blues colours instead of the usual. 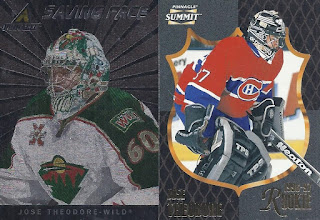 Late career and early career Jose Theodore shows up next. The Summit card is so early in his career that he still has the Hull Olympiques design on it. 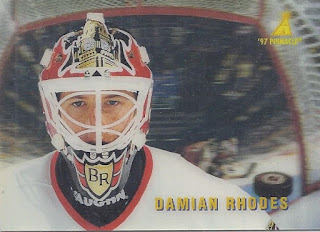 You knew that there would have to be a Sens card at some point in this. Might as well make it a McDonald's giveaway card. 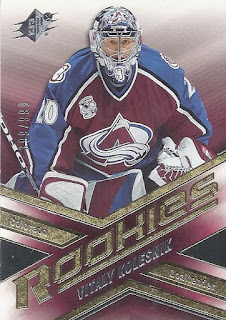 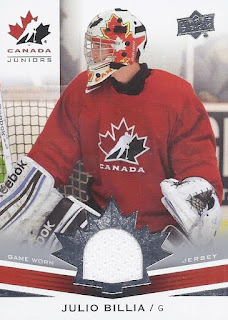 And while this wasn't a quarter bin card, this patriotic entry does seem like a good way to end this post.
Posted by buckstorecards at 06:10