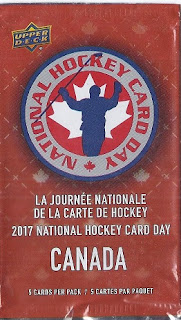 Nothing beats a free pack from the LCS, especially when you want to pick up some packs anyhow. 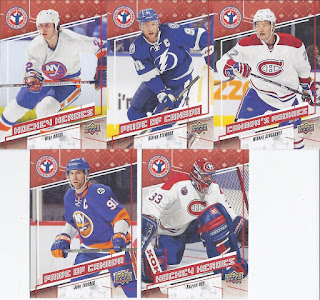 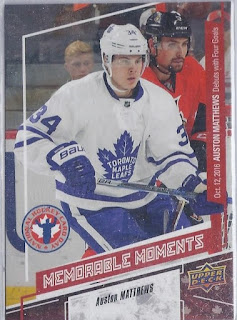 And since I picked up some OPC packs to go with it, here's the #16 bonus cards. It commemorates Auston's 4 goal NHL debut, but I must do the Sens thing and point out the Leafs still lost.

And since I got some OPC to resume the set build, here's the most interesting stuff from those packs: 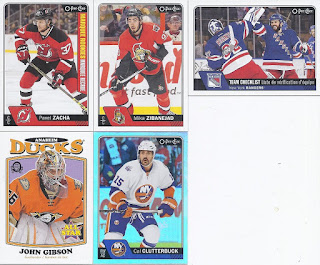 Resume the set build!
Posted by buckstorecards at 12:31