2017 Adventures in Repacks - Part 4: Something New 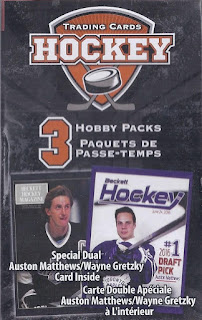 I'll try anything repack related that's reasonably priced. I've been seeing these for about the past month or two at Walmart, and finally decided to touch the stove.

The contents were as described. 3 hobby packs and the Gretzky/Matthews card. The reverse of the package shows 1 pack of 2010 UD French, 1 pack of 2010 Donruss and 1 pack of 2011 Elite. And those were the exact packs within. 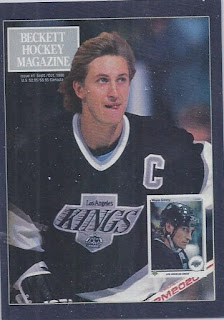 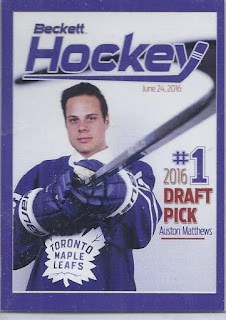 Here's the front and back of the promised card. It is obviously some sort of Beckett promotional card. This is already in the box with the various numbered cards I'm sending to someone who has a $30 a week habit.

Time to start the packs. 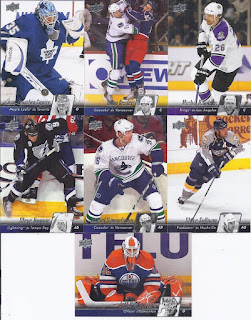 I was hoping to land something I needed for the set coming off the cheap-o hobby box I picked up in December. That didn't happen, but at least I've got a new Steve Downie for my Rangers alumni binder. 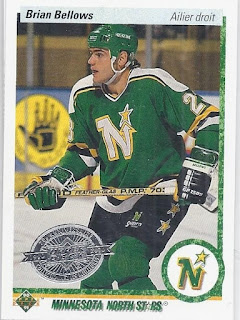 And since that was only 7 cards, here's the 8th. That's a really nice 8th card, and like Steve, it will move into the alumni binder. These are somewhat scarce, based on my pulls. The box contained two of them. In comparison, the box contained 1 red parallel, which was /25. But, there are 550 cards in the original set, that would make even fewer cards each per 1990 card. That assumes the buybacks are consistent across the board. But I'm over-analyzing this. Donruss time! 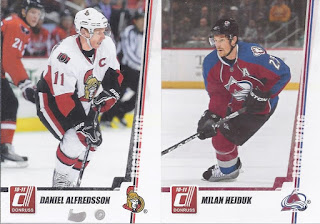 More PC content among the base. I'm really surprised that Milan Hejduk wasn't already in my 2/14 collection, but it is there now. And any Daniel Alfredsson is a good one. 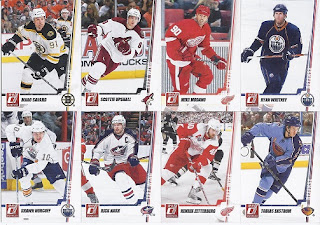 Here's the rest of the pack's base cards. I love the sea of white behind Zetterberg.
This pack was thick. Thick to the point it was actually a challenge to open the pack. I had guessed the packs had been searched before they were put in, but I guess not since this was the final card. 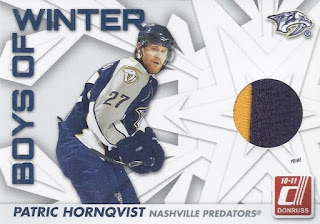 The seam on this card is causing this swatch to almost push through cardboard. This card is also /50, and definitely a nice addition to my misc cards. And, unlike a previously acquired Patric Hornqvist relic, there doesn't appear to be any DNA on this one. 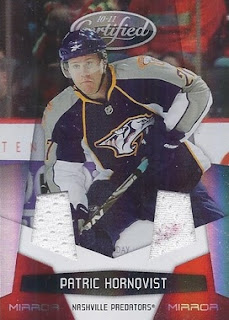 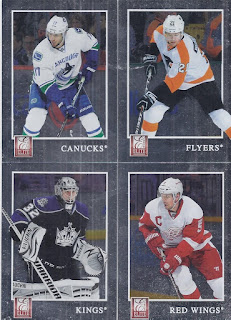 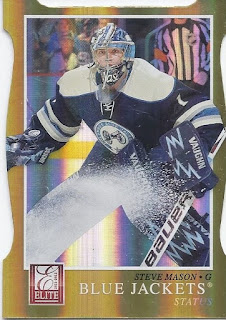 And a parallel that also hits my Rangers alum PC. This Gold Status Die-Cut parallel is 1/99, so I can also call this an ebay 1/1!

So, these were very good for my PCs, with the best card in two of the three being an addition to my Rangers alum PC, and the third containing a /50 hit. I have no complaints about the quality in this break, but will probably stop with just one and quit while I'm ahead.
Posted by buckstorecards at 11:09