Let's start at the start, as the saying goes. Matthew over at Number 5 Type Collection held a contest to determine which were the most unique monikers among rookies this year, with the prize being cards from your favourite team prior from prior to 1980. I recalled Adeiny Hechavarria of the Blue Jays, specifically how his name is routinely butchered by guest PA announcers during Junior Jays Saturdays. At least that took the title of most mispronounced name away from Edwin Encarnación.

I was among the five winners, and my loot arrived yesterday.

We open with a couple players I hadn't heard of, but at least they earned a mention in the Mets 50th Anniversary yearbook. A Ray Sadecki 1973 card, and a Ted Martinez from 1974. 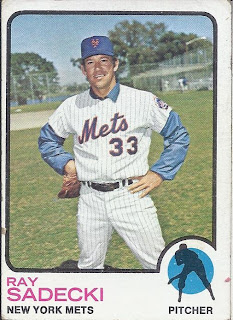 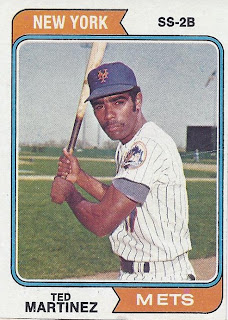 I love how Ted's name on the back of the card is Teodoro Noel Martinez, and the autograph by the name reflects that. From there, it was a painful card. Although it was before my time, the Fregosi for Ryan trade still bothers me. Although the supposed no-hitter curse did finally die this year. 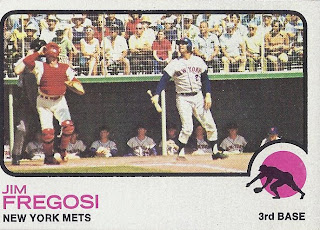 Now onto a slightly depressing card, although the 1972 version would probably have bothered me more. 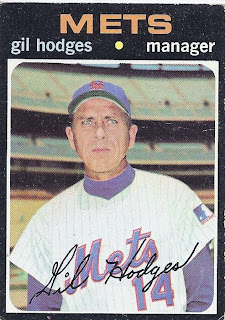 When he was inducted in the Canadian Baseball Hall of Fame this year, Rusty Staub said that one his greatest regrets in baseball was not having the opportunity to play for Hodges. Finally, my favourites of the bunch. You can't go wrong with any Tom Seaver card! 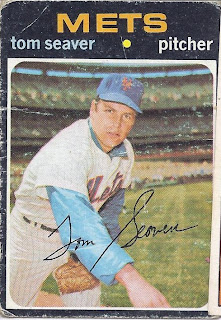 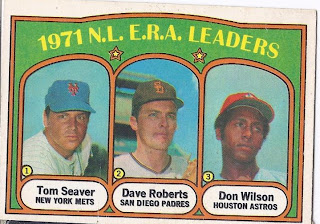 Even better, the 1972 card is an O-Pee-Chee! Vive la Français! Thanks for the great cards and the contest, Matthew!
Posted by buckstorecards at 14:56