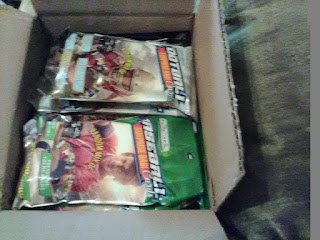 Nothing beats a fresh supply of repacks! 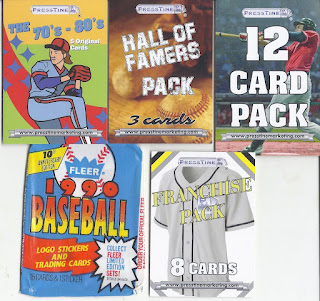 Baseball up first, and here's the pack and repacks within the repack. 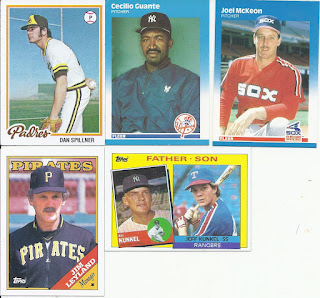 Unlike with the hockey version, these 70s/80s repacks might actually contain a card from the 1970s. Even if it isn't a big name, at least I can appreciate sideburns that just scream "Steinbrenner would hate me." The two Fleer cards aren't from the same release - the Guante is an update while McKeon is the regular one. There's even a 60s card appearance - sorrt of. 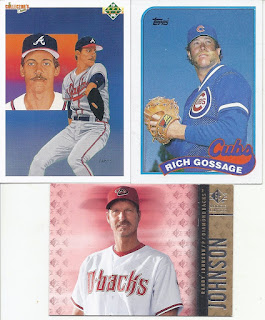 Here's the Hall of Famers. At least one isn't a junk wax card. The 2007 card is from Randy's return to Arizona, so that's why it has the 'I just got traded' vibe. 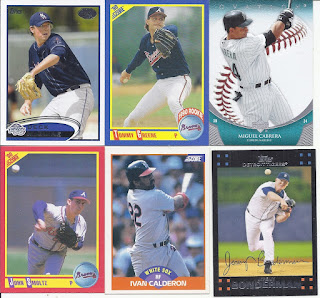 The 12 card pack opens with some Blue Jays content in the form of a minor league card. I didn't even know that he reached the majors with Toronto (albeit with a gap of several years bouncing around franchises from this appearance), and is still in baseball with the Reds. That early Cabrera is also a pretty nice find for a repack. 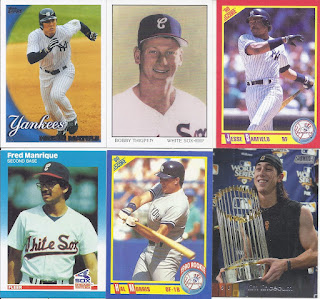 1/3 of the cards in this were from 1990 Score, but I'll forgive all when the finale is a Stadium Club entry featuring the World Series trophy. What a solid keeper to end this. 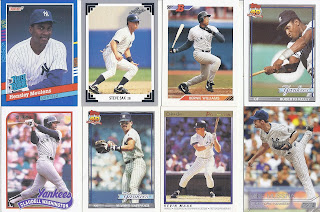 For an all-Yankees pack, this was a lot of fun. Super-early Bernie Williams where he's still sporting the glasses, a pair of O-Pee-Chees (the Espinoza is far less obvious than the Washington), and more Stadium Club. 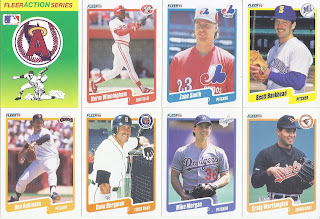 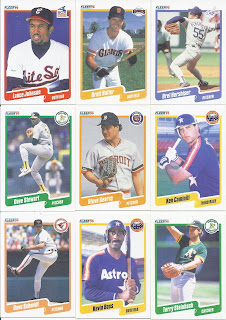 Even if it is still 1990 Fleer, I will note that they did throw in an extra card. And that Orel works so nicely with the design, so at least there was something interesting in this pack.