Even if it only means looking through the lists at TCDB, I always like finding new candidates for the 2/14 binder. And after last time, I now do a basic google search on them to see if they have some rather nasty  skeletons in their closet. 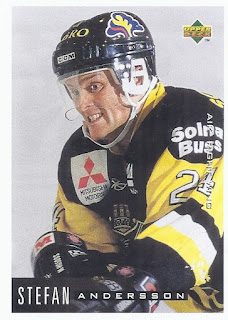 Stefan Andersson only looks like a serial killer in his photo. There's no evidence he actually is one. Fortunately for him, he does have a less insulting option available if he want to show proof of his pro hockey career. That one, alas, wasn't available at COMC. 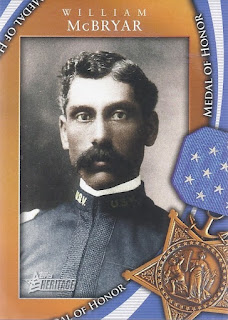 A Medal of Honor winner! Certainly that can't be problematic... 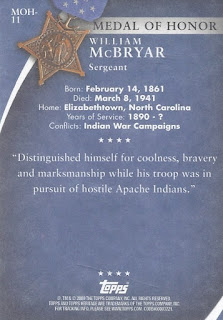 "pursuit of hostile Apache Indians"... I have no way of knowing either way, but that definitely doesn't sound as noble with just those words through 2022 eyes as it may have at the time.  Fortunately, there's a lot more to his career than just that. I particularly liked learning that he received a Bachelor of Science in Agriculture when he was 73 years old. That just makes him seem like a cool older guy, almost worthy of a card merely for that accomplishment. 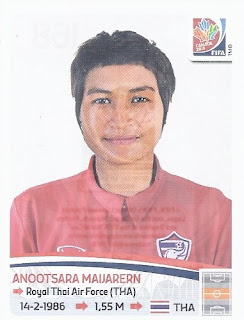 Soccer sticker! Annotsara is the second lady  to join the soccer portion of the collection, alongside Erica Skroski. 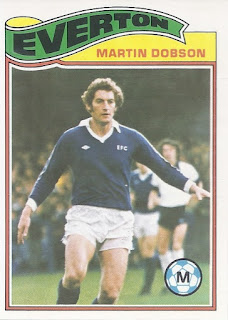 If the design worked so well for 1977 NFL, why not recycle it across the pond for a 1978 release, albeit with the slight alteration on the position? 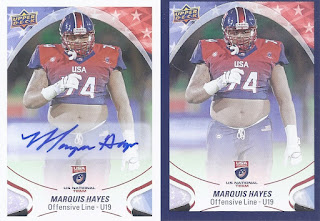 I can say with reasonable confidence that there has never been a time where I've made an effort to find out if a 7th round draft of the Arizona Cardinals makes the team. But now I have. But even if he does, I still doubt that Panini will release cards of a late round Offensive Line guy. But, Hayes did have a couple cards in the e-pack USA  Football release, so I was able to go back to 2017 to get these cards. And these are, at least for now, I have copies of the only 2 Marquis Hayes cards there are,
There you have it!

Posted by buckstorecards at 11:59