Another bunch of Kitchener Rangers alum courtesy of my latest COMC shipment. 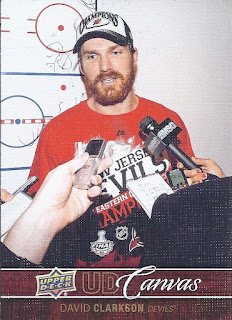 Most of it was stuff from e-packs, either picked up on that site, or cheaply on COMC. This is one of two exceptions, as those weren't a thing yet in the 2012-13 season. Sadly for Clarkson, Eastern Conference Champions was as bragging as his attire could get, as it would be the Kings getting the Stanley Cup that season. 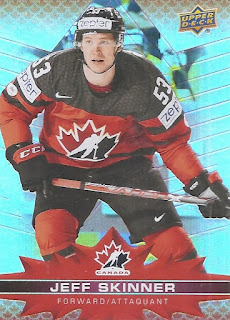 And the other card is this shiny, patriotic entry. It is also a Tim Horton's card - so it is a food issue, too! Bonus! 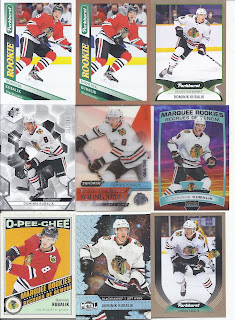 In terms of volume, it was Dominik Kubalik who wins this battle, with this scanner bed filled with cards. He only spent a half-season here, but it still counts for that PC. 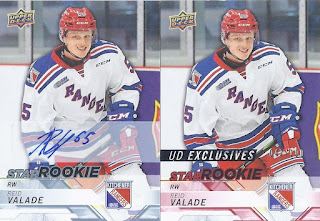 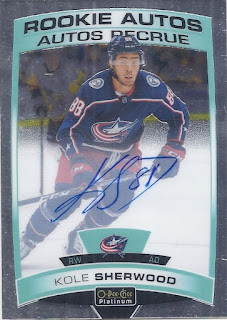 I'd probably not be happy if I busted a box of Platinum, either on e-pack or an actual box, and my one-per-box auto was a fringe NHLer, but I'll take advantage of someone else's lack of success with their box and pay a little more than dollar for another autograph for the collection. 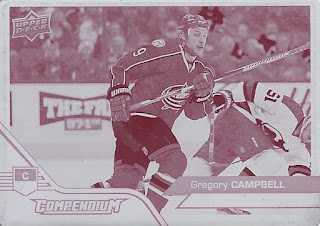 Gregory Campbell doesn't have a lot of cardboard proof that he spent a season in Columbus. But I have one of only four pieces of metallic proof. This was the final season in the league, but it was one that did get him a Stanley Cup in Boston to follow up the Memorial Cup win in 2003.
There you have it!
Posted by buckstorecards at 13:32