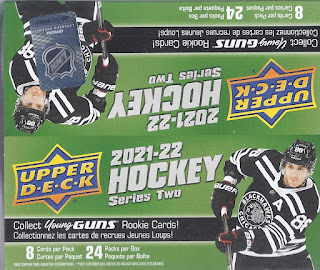 The desire to hunt Young Guns from this year's release was the only reason I picked up this box of retail Series 2. It sure couldn't have been the exciting photography. 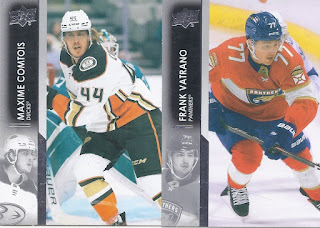 Heck, there were pack-fresh cards in this that look like they'd faded in the sunlight. 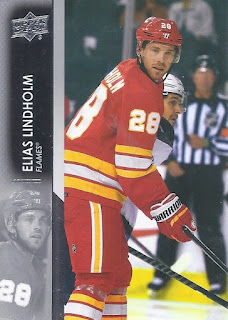 If I  had to pick the best photo in the box  among the base cards, I'd pick this, just because of how it is framed with the referee in the background, and his opponent alongside him during a face-off. 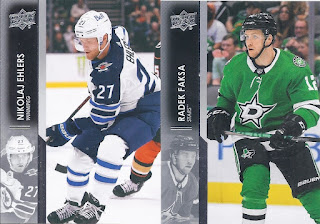 At least I landed a pair of new cards for 2 of my PCs with a 2/14 and Rangers alum addition. 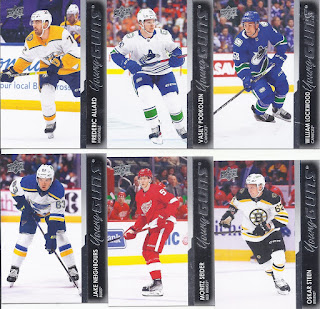 To wrap up the base portion of this post, here's the Young Guns content! While Seider is the obvious big one, this is still a solid grouping with Podkolzin and Neighbours.
Off to the inserts. 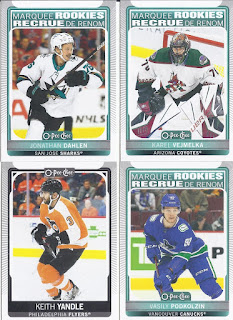 Since I'm building the OPC set this year, I guess I can consider the Update portion of this set another reason I bought the box. With e-pack, this really does seem to be a waste of time, since it is far cheaper to just buy what I need on COMC than pack-pulling them.

And here's some retro parallels to those inserts. At least the middle card can make me think "BRING ME THE SAMPO!" from the MST3K episode "The Day The Earth Froze". 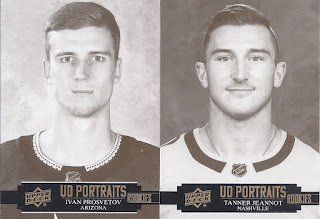 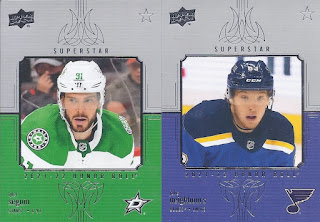 Fortunately for the UD Portraits insert set, Honor Roll was around this year to contend for the dullest insert set. 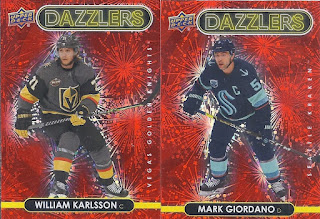 The Red version of the Dazzlers are parallels exclusive to the retail format. So at least I can say I landed a couple of insert cards that I couldn't through e-packs. Also, my first pack-pulled Kraken card to show off. 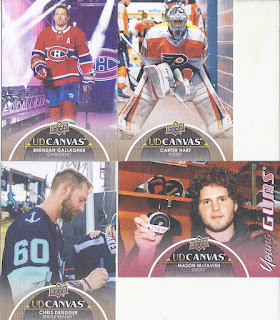 And it is up to the Canvas inserts to provide interesting photos, along with my second Kraken card to show off. Not a single on-ice picture on the fronts of these cards, and I am perfectly OK with that. That McTavish is also a pretty good YG to get a canvas of as well. Those fall about 1 every 4 boxes in retail.
So, while I still am not pleased with myself for giving into weakness and picking up a box of this stuff, at least there was some quality content within to take some of the shame away.
There you have it!
Posted by buckstorecards at 08:27