It has been way, way too long since I had the opportunity to head to the St. Jacob's Flea Market for the necessities. Corn on the cob. Blackberry jam. Pork tails. And cards! I grabbed my usual $5 brick while there as well. These are a brick of about 55-ish recent cards, with a hit in the middle. This time, there were also football and baseball to go along with the hockey. While I did get one of the latter, I also got a baseball one.

I'm going to list the contents by year and product. 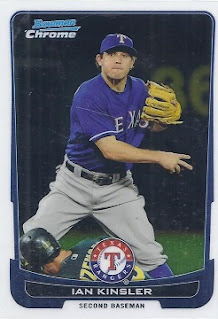 2012 Bowman Chrome - Shawn Marcum, Ian Kinsler - Not the most exciting way to start with this trip back to 2012, so I'll opt for this one over the Marcum because of the 'turning two' factor. 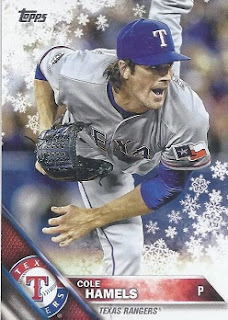 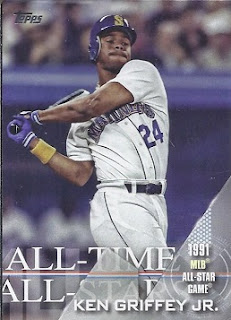 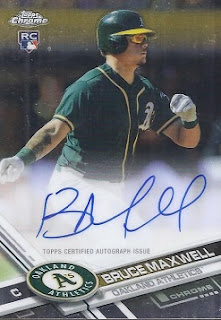 2017 Topps Chrome - Bruce Maxwell - And here's the hit. Bruce was the first MLBer to kneel during the anthem, and might also have been the first to point a gun at the head of someone delivering food to his home. He's now in the Mets system. Because of course. 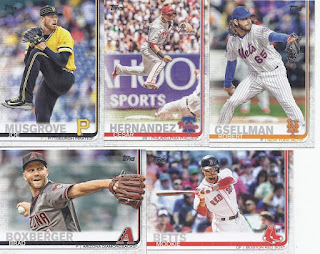 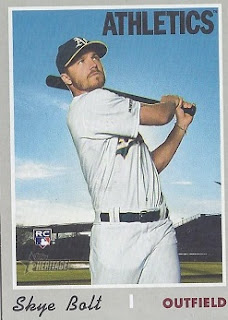 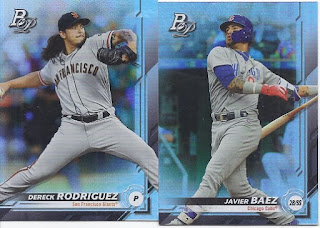 2019 Platinum - Javier Baez, Derrick Rodriguez - I busted no platinum at all last year, so I'm just gonna highlight both the shiny cards. 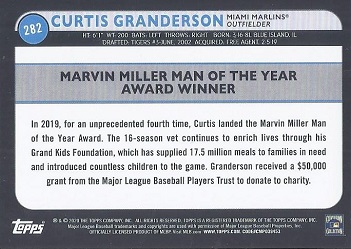 2020 Big League - Clayton Kershaw, Jack Flaherty, Curtis Granderson, Ryan McMahon, Yusei Kikushi, Max Fried - I'm highlighting the back of the card this time, because I don't think I have any cards that mention the Marvin Miller award. A nice farewell card for Cranderson. 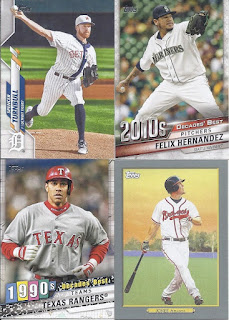 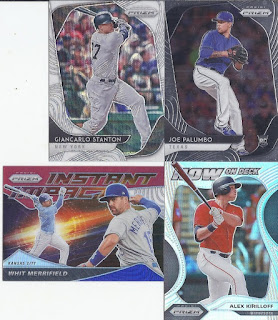 And here's some Prizm to end this. The Stanton is a 'white wave' parallel, with Merrifield being a red, white and blue. Joe Palumbo was one of the visible cards, so I'm scanning that as well to make up for the fact I didn't scan the other,  which was the '17 Royals team card.
There you have it! I'll cover the hockey at some point in the near future.
Posted by buckstorecards at 05:00