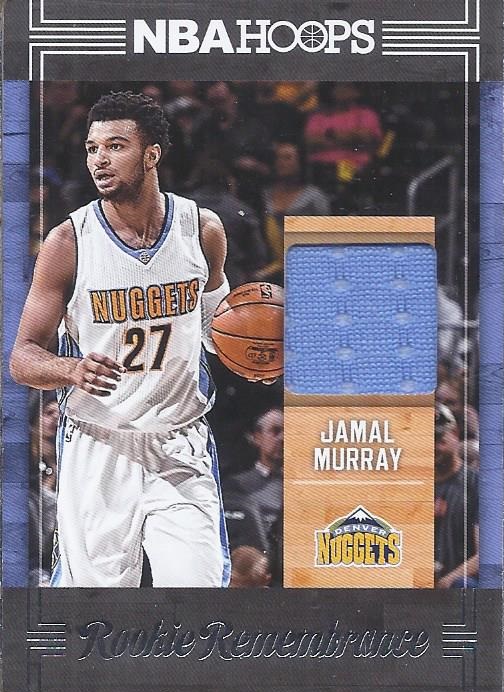 This was the only hit in the package, one of Panini's Rookie Remembrance inserts. These usually translate to "we still had a couple jerseys around from the opening photoshoot". I do have one that actually appears to be game-worn in my COMC inventory now, which would be my first when it comes to his relics. 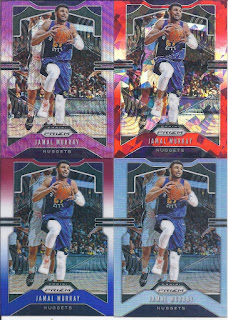 There's something like 40 different parallels from Prizm this year, so it fits that I'd have some of them in my shipment. There's the Purple Wave, Red Ice, Red, White & Blue and Silver parallels. I still don't have the regular base card from this, though.

You don't get a really good look at the Nuggets' "Mile High City" jerseys with those Prizm cards, so here's a few more appearances thereof. 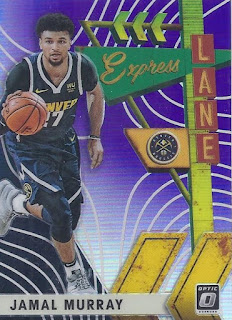 Perhaps a subset named 'Express Lane' shouldn't have such a busy design. 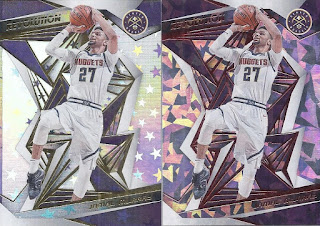 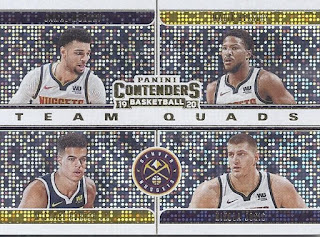 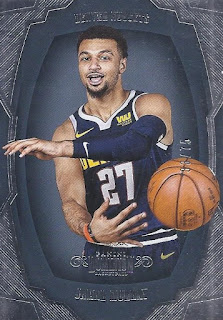 While some of his hits are costly from high range sets are costly, his base cards tend to go for a couple bucks from them. It is probably the only way I can add his cards from National Treasures, Dominion, Impeccable et al to the collection. And I'm just fine with that.