2020 Adventures in Repacks: Part 30 - Something New, Something Old, 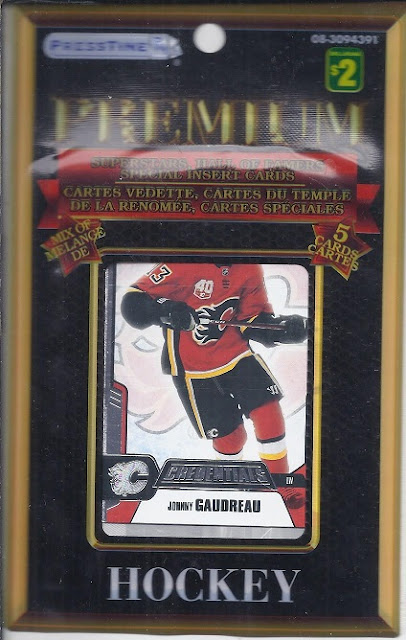 Let's see how Premium these are! 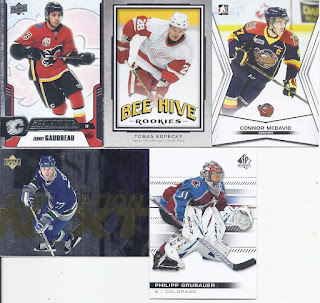 OK. There's some fairly recent stuff in this, with Credentials as the visible card, and a base card from the barely 2-month old SP Authentic release. That Connor McDavid card from his Erie Otters days has moved from Walmart repack to Dollarama ones. Kopecky had a decent 10 year NHL career so that isn't too bad. The Generation Next of Coffey has Sandis Ozolinsh as the Next portion on the card reverse.

So, $2 worth? Maybe, but I'd prefer the randomness of the regular repacks.

Speaking of which, I also bought a Surprise Bag and a $1 hanger. 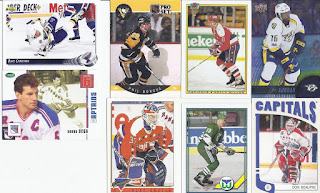 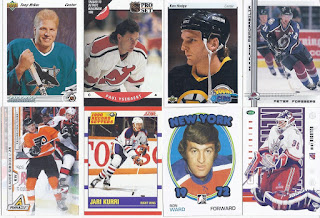 For those bad at counting, there were 16 cards here instead of the usual 15. Giroux and Subban (Food issue! Timmies!) were the visible cards. As seems to be the norm of late, a nice sampling from ITG's historic themed sets. I also like the pre-Godzilla mask Kolzig and the photo on the Dave Christian. Since I really don't buy these to sell the contents, I'll stiuck with the dollar hangers. 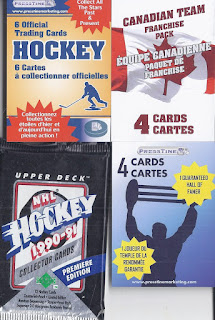 All cardboard in the Surprise Bag. 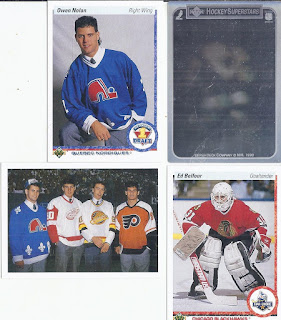 Back in 1990-91, this would have been an amazing pack to bust. A hologram, a Belfour rookie and a pair of Owen Nolan appearances. 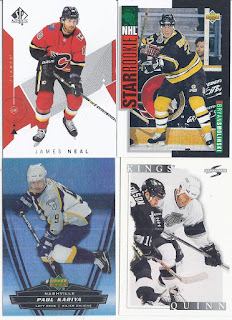 The HOF card tends to be a 1990 Bowman, so it was nice to get a McDonald's issue. 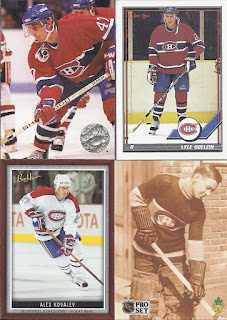 Not the most spectacular grouping in the team pack, even if that Pro Set of Georges Vezina is a classic. 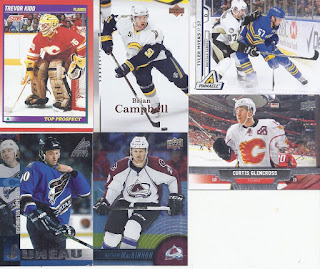 And there's your 6 card pack of miscellany. Another food issue and a Pinnacle Inside makes this pretty worthwhile as well. Probably another better $2 on the whole than the Premium repack.