With Panini finally realizing that Terence Davis was a pretty good rookie, I opted to get in a break with the new Chronicles release. It is a rookie heavy product, and Davis made a lot of appearances in it. 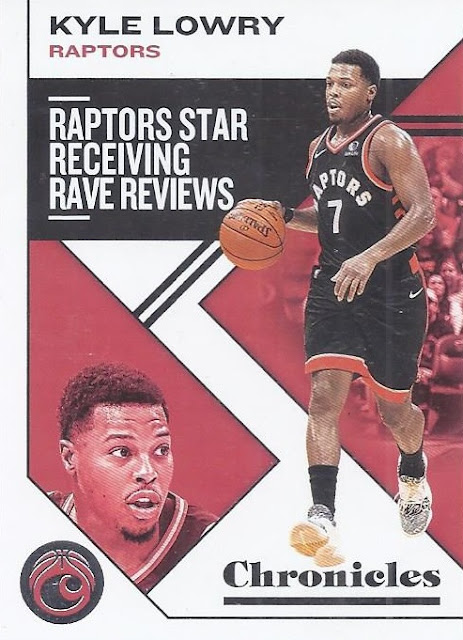 But first, here's a base card of Kyle Lowry. I kinda hoped they'd use the more newspaperish design of 2020 NCAA Chronicles, but I guess they hadn't used this design yet in basketball. 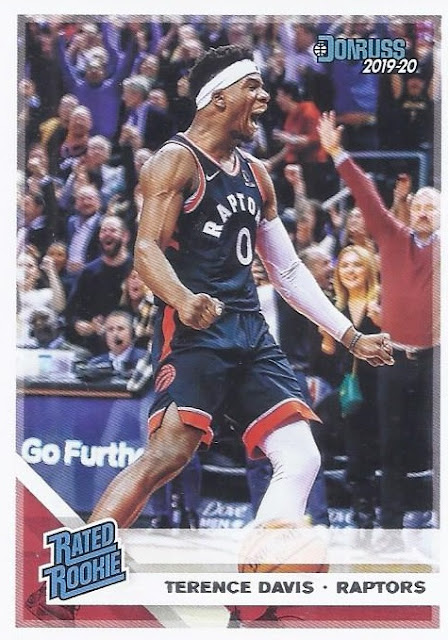 Much like with Rookie Anthology, they've included some Update cards in this late season release. Some of that includes guys such as Kawhi pictured with their new teams, and some are of rookies like Kendrick Nunn and Davis that were unexpected early standouts. 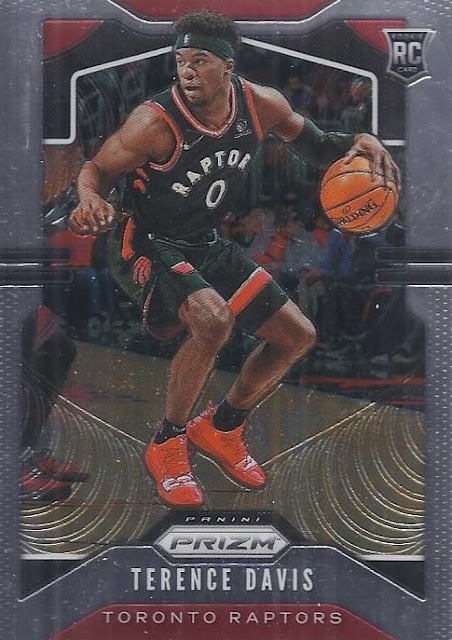 Even though there are some numbered cards to come, this update Prizm is probably the biggest $$$MEGApUll$$4 card in the mailer. I'm happy to welcome it to my collection. For all intents and purposes, this is a base card, and it still a $50 CDN card. 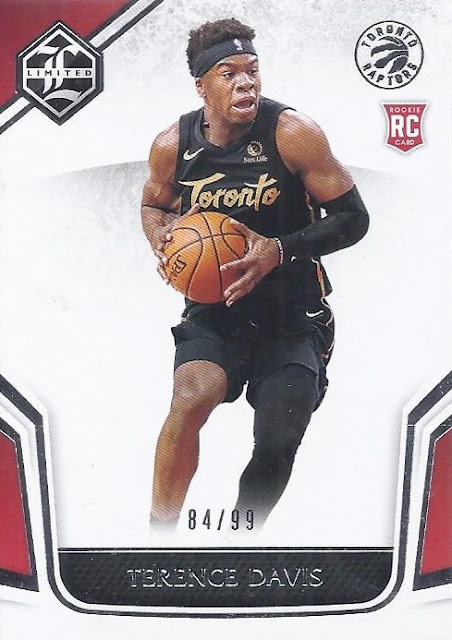 Here's the first of the numbered card, featuring Davis rocking this year's City jerseys. I'm not going to look too closely to verify that, though. 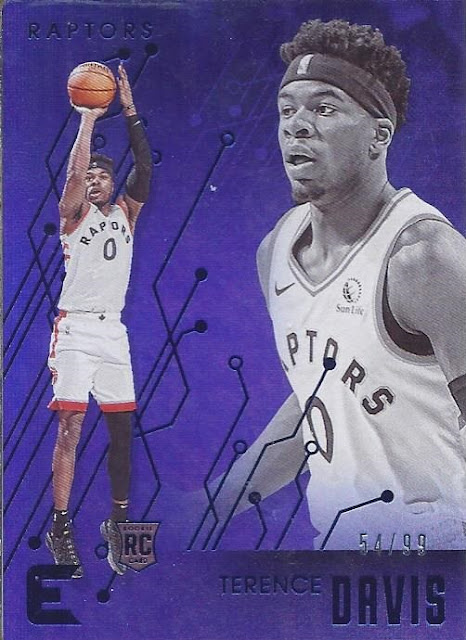 One of my favourite designs to appear in the Chronicles release(s) is Elements, with its use of two different photos on the front, instead of the standard reusing of the same photo. 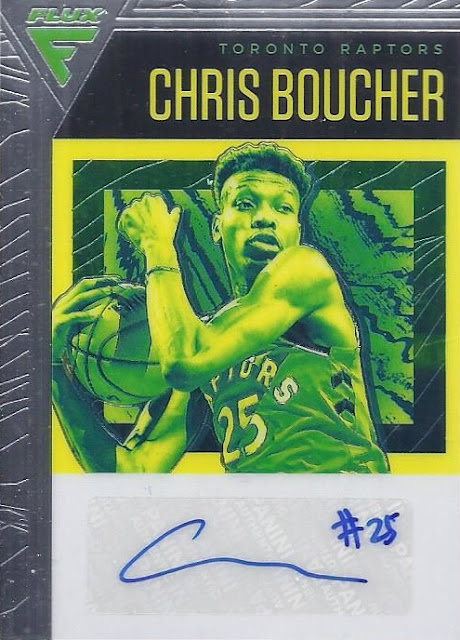 But this is the big card for me in this. I've got an autograph of Terence Davis already, even if that is an Ole Miss one. But Chris Boucher is just wrapping up his second full season with the Raptors, and his only card prior to this was appearances in the team set released after last year's championship win. It is somewhat strange that his first pack-pullable card was an auto, but I'm happy to add him to my collection of championship autos.

This card is from Flux, which doesn't appear to have ever been a set. I can imagine a collector of Ducks alum trying to hunt this version down, with the filter used giving the card a very yellow and green look.