The only thing better than one box of RA is two of 'em! 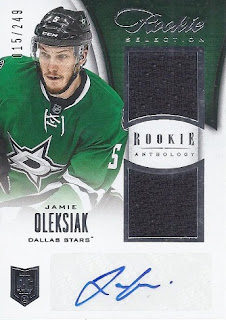 A Rookie Selection that's still in the league! He has returned to Dallas after a short stint in Pittsburgh, both times being exchanged for a 4th rounder. The same fourth rounder. Yeah, that's a strange f'ing trade.

Here's a gold parallel that I actually needed. Not that I'm trying to build this parallel set. Nope. Not me! 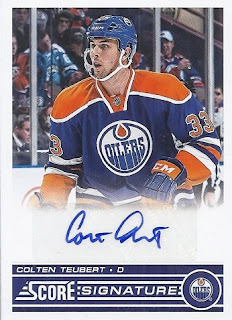 It wouldn't be a break of RA without an appearance of the Score Signatures Colten Teubert card.

A fairly standard grouping of Prizm cards, but both rookies were needs for my "I swear! I'm not building the Update set set!" 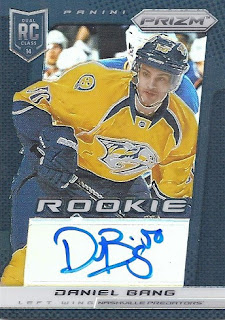 Here's your Prizm autograph. Looks like Daniel didn't get the "ultra fine" memo. This version of the Prizms is the Prizm parallel to the regular autograph, and is /25. 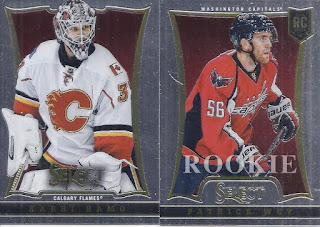 Not really the most interesting pair of Select cards. 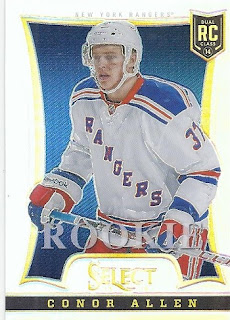 But there's some shininess here. He didn't get many cards over his 7-game NHL career, so this will probably be the brightest of the group. 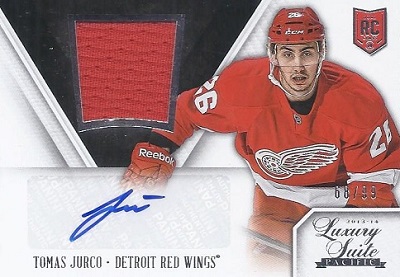 I guess when I've busted as much as I have, I shouldn't be surprised when even the /99 inserts start turning into dupes. 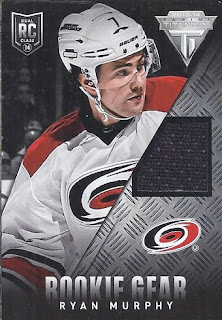 Another dupe among the hits, but this one can be nicely shifted to the Rangers collection from the Master Collection. Or vice-versa. I doubt I could tell you where the first card is until I hit the binders. 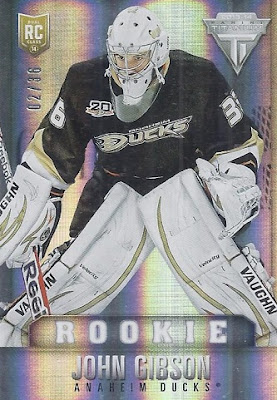 I wrote yesterday that I got a big PC card from this, and here it is. If you remember when I landed the Kucherov, it is the jersey # versions are considered the true rookies, and generally fall one per case. So not only do I land one of a relevant player, but one of a Kitchener Rangers alum. I'd probably recover most of the cost of the boxes with this, but PC cards are nice, especially when you can pack pull a nice one!
Last pack mojo is real!