My second trip to the mailbag in a week! I'm getting efficient at this!  This one arrived from Greg @ Night Owl Cards in the past week. 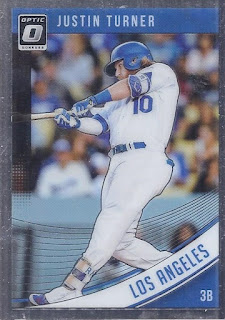 Set building is a good way to start off a post, and with this, a pair of cards dropped off that list. Last year's Optic had Justin Turner removed from it. 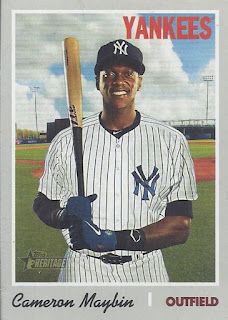 Joining it in the set binders is this SP from this year's Heritage High Numbers. 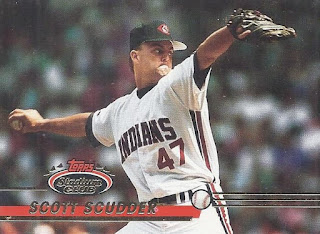 And here's a random addition to my 2/14 collection. 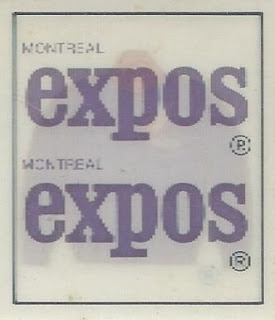 A Sportflics team card is a perfect way to segue over to the team portion of the mailer. 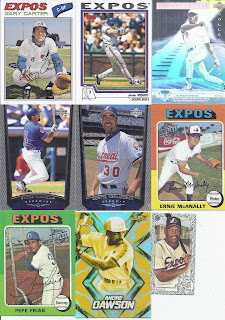 Here's a scanner bed of Expos that were in the set. There's a couple nice buybacks from '75 and an Andre Dawson gold parallel in the mix. But the big winner here, as can be expected from me, is the hologram. I miss those. 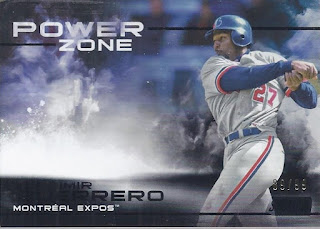 The Stadium Club I've busted this year stands at a super disappointing 'zero'. So, I didn't have a chance to pull cards of either Vlad. Such as this one. 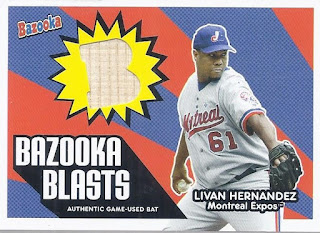 I always love coming bat relics for pitchers.  I really don't have a lot of relics in the ol' Expos binder - mainly autos, so these are nice little additions. 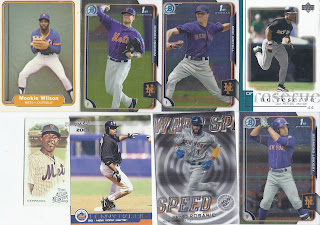 If I work horizontally, there was also a scanner bed worth of Mets. That might be one of Mookie's least flattering Mets cards. 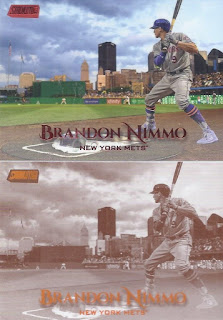 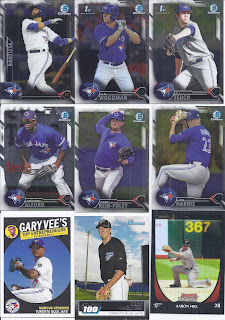 Nothing too notable among the Blue Jays stuff, although that's going to be one of Marcus Stroman's last cards in Jays gear.

And there you have it! Thanks for these goodies, and I'll be scanning for Dodgers or you for a future mailer.
Posted by buckstorecards at 11:55