When I grabbed the hockey repack at the Flea Market last time, I also grabbed a baseball one. It had this card on the top: 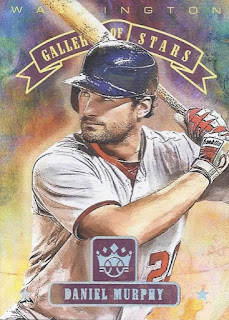 A Diamond Kings insert? SOLD! That gave somewhat of an indication as to the content, as of the 55 or so cards in the brick, 40 were from 2018 Diamond Kings. 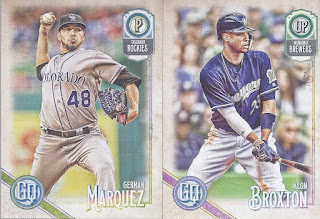 But here's a short tease of what wasn't from '18 DK. There's a couple of cards from Gypsy Queen. 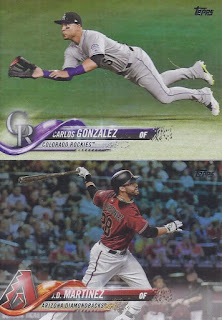 There was about a dozen cards from '18 Topps Series 1, including a pair of rainbow foil cards. It is far more obvious on the Martinez, but in hand, the Cargo is obviously a foil card as well. 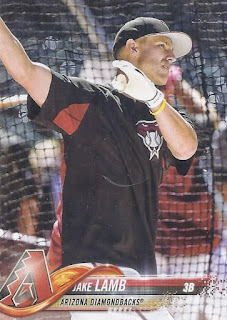 The non-DK portion was a strong repack for Diamondbacks collectors, as there was also a photo variation among the Series 1 cards. 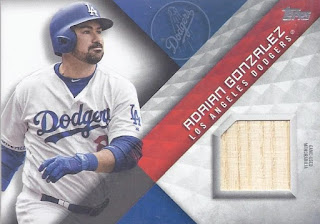 Like with hockey, there's one hit per brick as well. Here's a sliver of bat, also from Series 1.

But, as I mentioned above, Diamond Kings were the majority in this repack. And here's a taste of them. 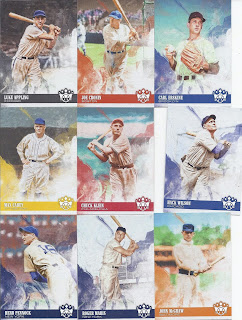 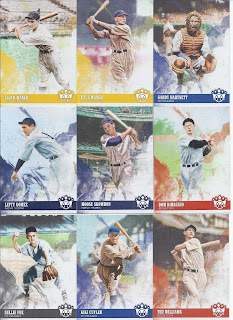 Namely, all 18 players that were part of the retired/legends portion of the set that were in the repack. That's such an interesting checklist as well, with many names that you don't see a lot of in recent products, especially from Topps. I mean, Dom DiMaggio? Kiki Cuyler? Herb Pennock? 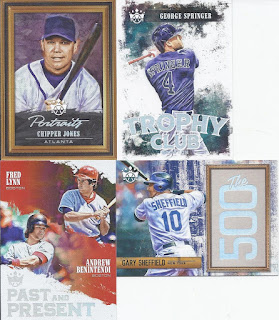 And even a few inserts for good measure.

This repack ruled.
Posted by buckstorecards at 08:54