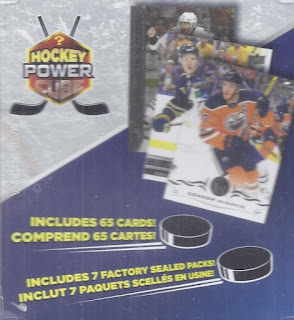 Another one of these. Thankfully, I don't come across any sex offenders in this one (to my knowledge).

The packs were pretty standard for this: 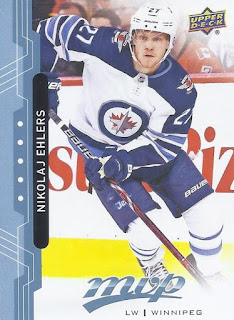 The 75 miscellaneous cards also included the standard grouping from the MVP factory sets. Fortunately, #127 was in that grouping, meaning a new Ehlers for the 2/14 collection. 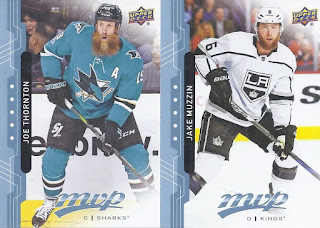 And I could let Joe Thornton and Jake Muzzin battle it out for an autographed copy of Sebastian Cabot's Beard Book. Joe has the volume, but Jake really lets his inner Amish fly with his. 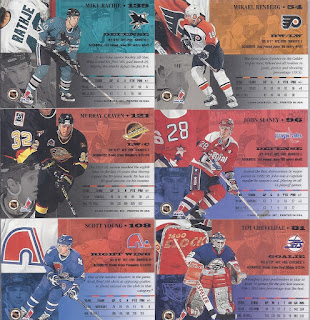 There was a small stack worth of 1994 Leaf in these. I like the colourful backs on these almost as much as I like the design from the previous seasons. 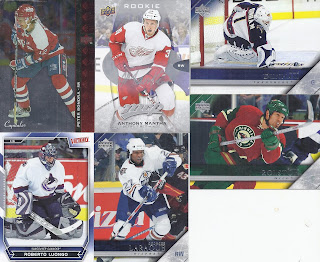 Before I get to the packs, here's a teaser of the rest of the random cards. The Mantha silver rookie parallel was definitely the big winner of this group. 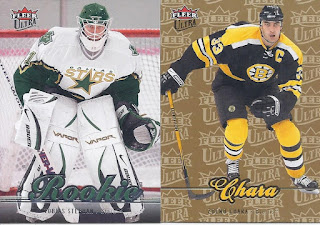 As for the packs, I did get one of the SPd rookies out of the Ultra packs, even though it wasn't a major name. Much better with the gold medallion though. 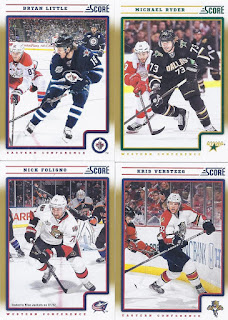 Here are the gold parallels from the Score pack. Only the Ryder wasn't a dupe. 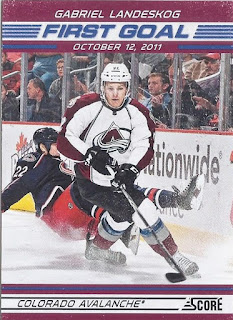 But the only insert I got from them was a nice card for my Rangers alumni collection. And at least the photo was from the game where he got his first goal, if not the actual goal itself. 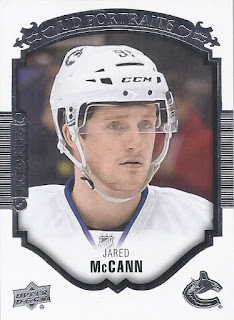 The S2 pack's insert was this Portraits card of Jared McCann. I was hoping that these would vanish this season, but they're back for 19-20, and more absurd than ever. 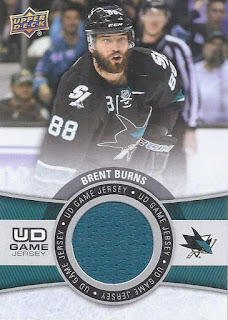 No McDavid YG in the S1 pack, but at least I got a nice teal swatch of Brent Burns. He hadn't fully-committed to the beard at this point.

And there you have it. With the relic, the Landeskog and the Mantha, no complaints about this. And I've got another nice storage cube.
Posted by buckstorecards at 06:16