Have I really not made a trip to the flea market this year for various edibles (corn on the cob, jams, pig tails) as well as cards? Looks like it. To remind, you, these bricks of cards, contained mostly recent product, are $5 at the market. They include a pile of (mostly) recent cards, along with one hit per repack. I grabbed a baseball one, and a hockey one. Here's the hockey one's contents, which instead of my usual method of going card by card, I'm grouping by release: 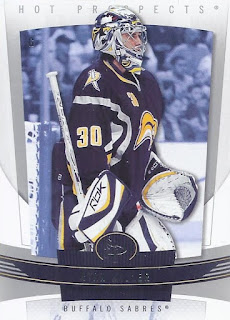 2006 Hot Prospects - Ryan Miller - This card is surprisingly old for being in one of these. It was also the visible card on top of the brick. 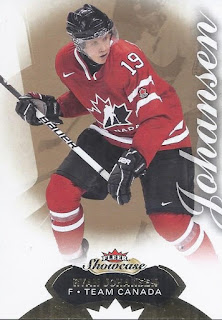 2014 Showcase - Steve Yzerman, Ryan Johansen, Drew Doughty - Excepting inserts, I'm scanning one card per release. I was never a big fan of this design, so here's a patriotic entry. 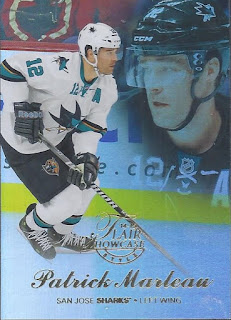 2014 Showcase Flair - Patrick Marleau - The first of 4 non-hit inserts in the repack. 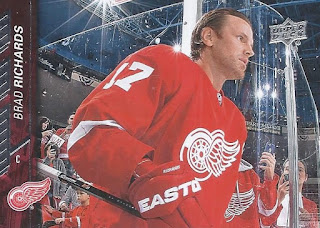 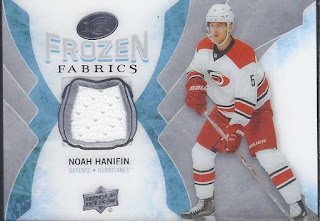 2016 Ice Frozen Fabrics - Noah Hanifin - And here's the hit. A plain white swatch, but a hit is still a hit. 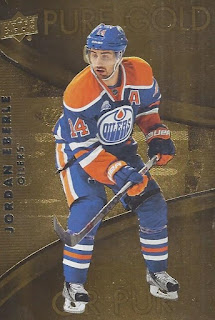 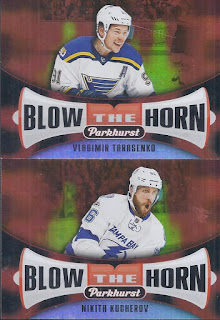 2017 Parkhurst - Vladimir Tarasenko, Nikita Kucherov - And here's the last of the inserts.  I really like how the red on this doesn't cover the entire background, giving sort of an illusion of the flashing lights. 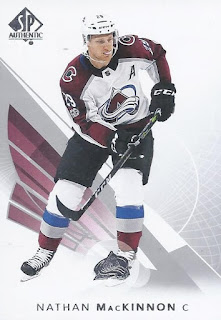 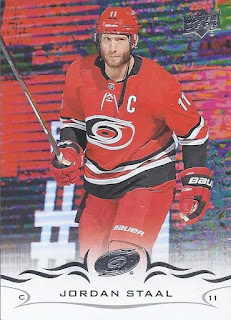 2018 UD - Steven Stamkos, Jordan Staal, Jimmy Howard - Jordan is placed just perfectly to look like a human hashtag as opposed to it just being the number sign behind him. 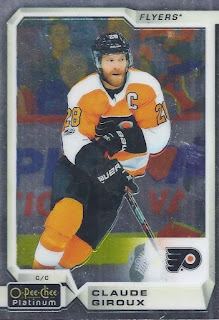 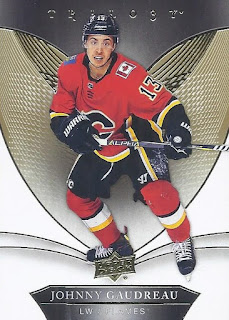 2018 Trilogy - Doughty, Johnny Gaudreau - While UD does tend to overdo things with the gold, it is reserved enough here to be just fine. 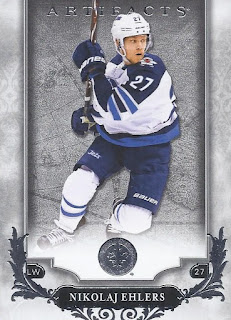 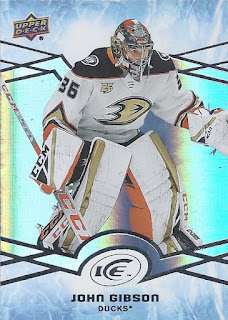 2018 Ice - PK Subban, Dylan Larkin, Mikko Rantanen, Jamie Benn, Sean Monahan, John Gibson, Eberle, Jack Eichel, Evgeni Malkin, Brad Marchand - And the most recent product of the bunch is some Ice. The Subban was the other visible card in the brick, but here's a new card for the Kitchener Rangers alumni PC.

And there you have it!
Posted by buckstorecards at 03:12