The rarity is not in terms of having low-numbered parallels, but in terms of hockey having the lowest number of cards from any of the 4 sports in the collection, so much so that I have to fatten the post slightly with a couple cards from the misc. section. 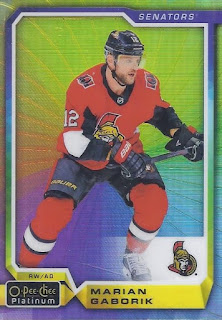 I'm not sure how Gaborik ended up in a late-season release, given that he didn't play in one game last year, and probably won't see much, if any ice time this year. Still, I won't complain about another of his appearances in the binder as he approached the 200 card mark. 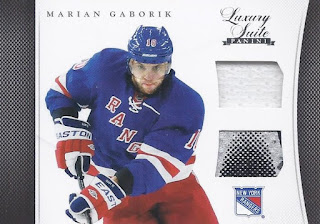 Might as well include a hit to help him get there as well. That's a pretty decent stick sliver as well. That puts him at the 196 mark. 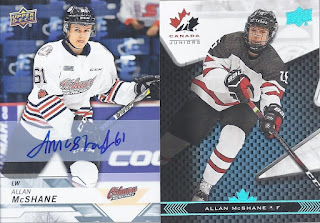 Although he has yet to receive a card at the NHL level, Allan McShane approaches double digits in the collection with an OHL autograph, and a Team Canada parallel.

And that's it for the hockey. So let's add a couple miscellaneous cards to round things out. 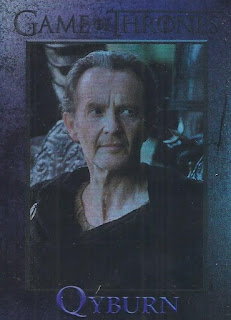 I have no idea how to even pronounce the character's name, but since he's portrayed by 2/14 baby Anton Lesser, cards of his count for the collection. 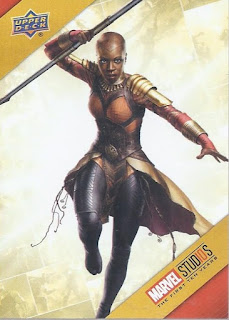 And thanks to her appearances in Black Panther and Walking Dead, Danai Gurira becomes to the first member of the misc. collection to reach double digits with her 10th card.

And there you have it!
Posted by buckstorecards at 06:53