Several packages have shown up over the past little while at Chez Buckstorecards, and I'll open the recap of these with some from Blogland. 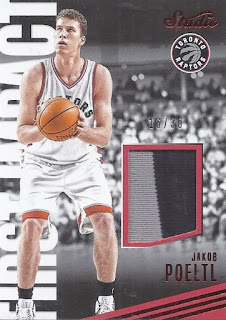 But I'm going to start with a former blogger. I'm still shipping off my excess Bills, and Mets, and Celtics, and Rangers, to Mark, formerly of This Way to the Clubhouse. In return, I got an envelope with many of my team PCs hit. Here's a sweet patch of Jakob Poeltl, a former Raptor who moved on as part of the Kawhi trade. 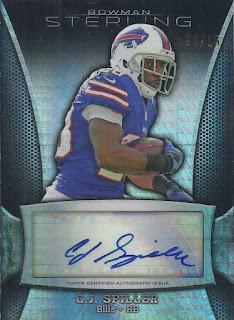 The Bills of the early portion of this decade were questionable at best, but at least they were really solid at RB, with Spiller and Fred Jackson available. Bowman Sterling tended to be a very rookie-based product, but in 2013 they also had Stevie Johnson and CJ as available autos. 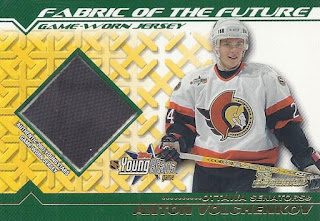 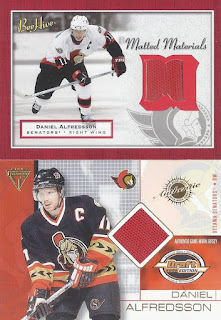 There was even some more specific Sens content with a pair of Daniel Alfredsson swatches for that PC. 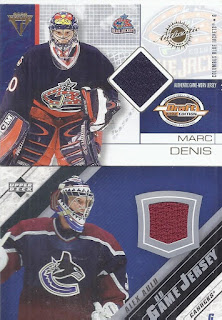 There were even a couple more hits for the mask binder(s) collection. These were two of my favourites from the 00's, with the buggy Marc Denis card joined by Alex Auld, who frequently wrapped the team logo around his face. 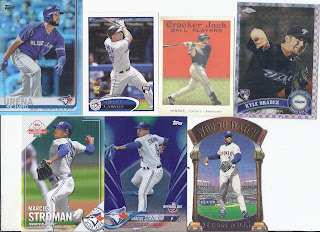 And yes, there was Blue Jays content as well, in both unnumbered... 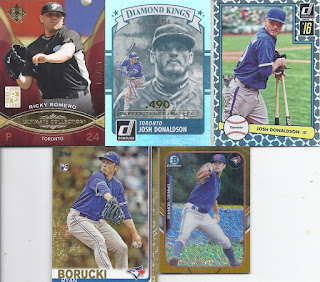 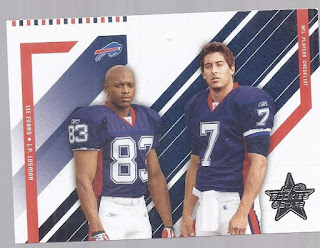 The other mailer from a blogger was from someone still very active in the community. Crazie Joe provided a PWE that didn't even have to cross provincial borders. This also brought the Bills love, starting with this pair that put the Rookies in Rookies and Stars. So nice of them to use a photo of JP Losman where he looks baked out of his gourd.

If stars are more your thing, here's a trio of those. Bledsoe will likely be on his way to the 2/14 binder instead of the Bills one, though.

Best of all, here's a few cards dropping off the wantlist for my 09/10 setbuild of OPC hockey. I do wish they'd used retro colours for the border of the Sykora, though.

And there you have it! Thanks to Joe and Mark for the envelopes. Mailers are either on the way or will be shortly as a thank you!
Posted by buckstorecards at 05:29