Whether from my COMC box or from group break, time to show off the latest cards for my Raptors binder. 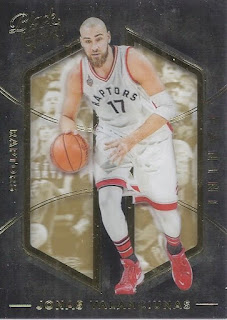 Leading off this post is a base card from Panini's base set. There's a couple things going for this card. The photo of Jonas is on acetate, with the crowd in the background. As a bonus, one of the women in the photo is wearing a shirt with 'We The North' on it. A great way to sneak the team's rallying call onto a card. 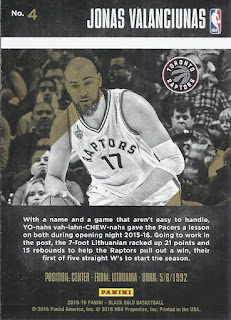 And there's a pronunciation guide to his name on the back. I don't think anybody, myself included, got it right on the first, second, tenth, fortieth... attempt. 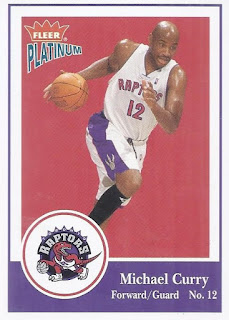 Just a base Raptors card of someone I didn't have one for yet. 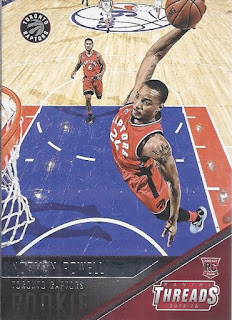 A great dunking photo of current fan-fave Norman Powell from the backboard camera. This photo also made a shiny re-appearance on the Bird's Eye View insert set in this year's Hoops release. That one is currently sitting in my COMC inventory. 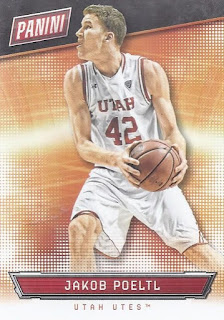 The cheapest card of the Raptors' top 2016 draft pick was this one. And this Utes card still counts among my Raptors cards. 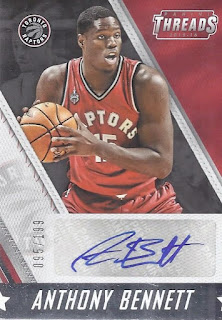 And the only Raptors hit in my COMC box was this one. 19 games with the Raptors was still enough for Panini to attach a sticker to a Raptors card for him. His only Raptors cards were hits, so it was this as the cheapest option to add one of his cards to my collection. 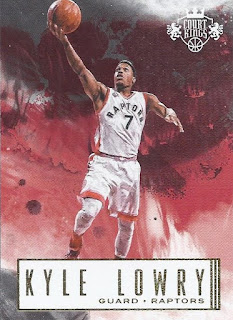 I didn't get any base cards from the Raptors in an entire case of Court Kings, but did manage one in a mixer that had 1 box of the product. 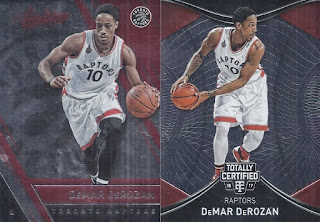 2016 Absolute and 2016 Totally Certified make their binder debuts with this pair of DeRozans. I love the visible logo in the background on the Absolute. 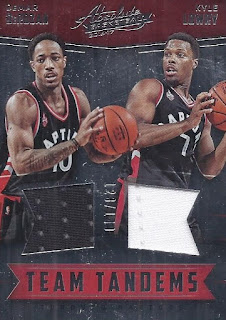 I'm sure I have a complete DeRozan jersey by now. I don't mind plain white swatches on cards like this, since it is a different colour than the other swatch. 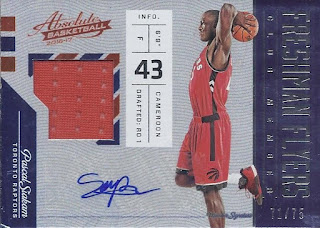 I've already got an autograph and a /25 parallel of Pascal from an earlier break and box bust, so here's my first relic of his. His minutes have dropped lately with Jared Sullinger making his debut, but I'm still happy with getting more of his cards into the binder.

And there you have it!
Posted by buckstorecards at 13:44