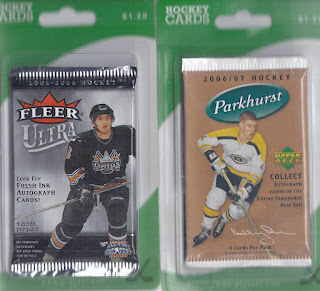 A pair of hangers while at the Shoppers Drug Mart to get some sweet, nourishing codeine is always a nice bonus. The price is up a bit from the last time I did this (.99), but Parkhurst is always an interesting bust, and the 05-06 Ultra gives a shot at cards from that excellent rookie class. Let's dig in! 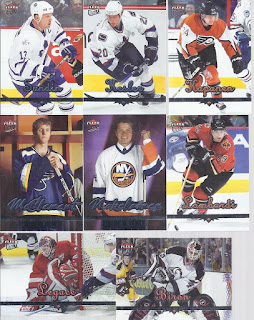 So much for chasing the top rookies, even though I did land two of them. Jay McClement isn't a superstar, but he is still active in the league twelve + years later, so that isn't too bad of a pull. A pair of horizontal mask binder cards are an acceptable way to round this out. Not a bad pack at all. 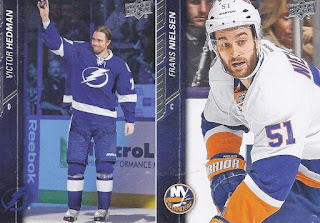 Both repacks had a pair of loose cards in behind the single pack. 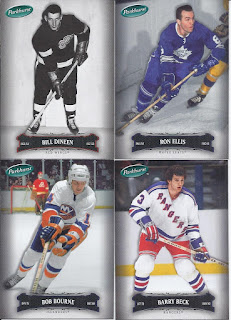 An interesting group in the Parkhurst pack. My previous two busts of this product in repacks landed me a Mike Bossy auto and a numbered David Schultz card, so the law of averages catches up to me and this was just a base pack. Still, black & white photos are always interesting, and the Atlanta Flames jersey lurking behind Bourne ups that card's interestingness (and yes, that's really a word). 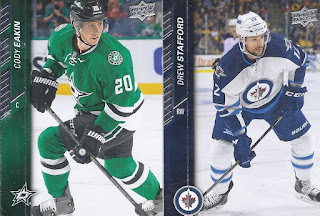 And here's the other two loose cards.

No major card this time, but I can't complain one bit about the content of the packs.
Posted by buckstorecards at 08:30