Wallet-card Bruno says goodbye to the Target card aisle, and tries some Turkey 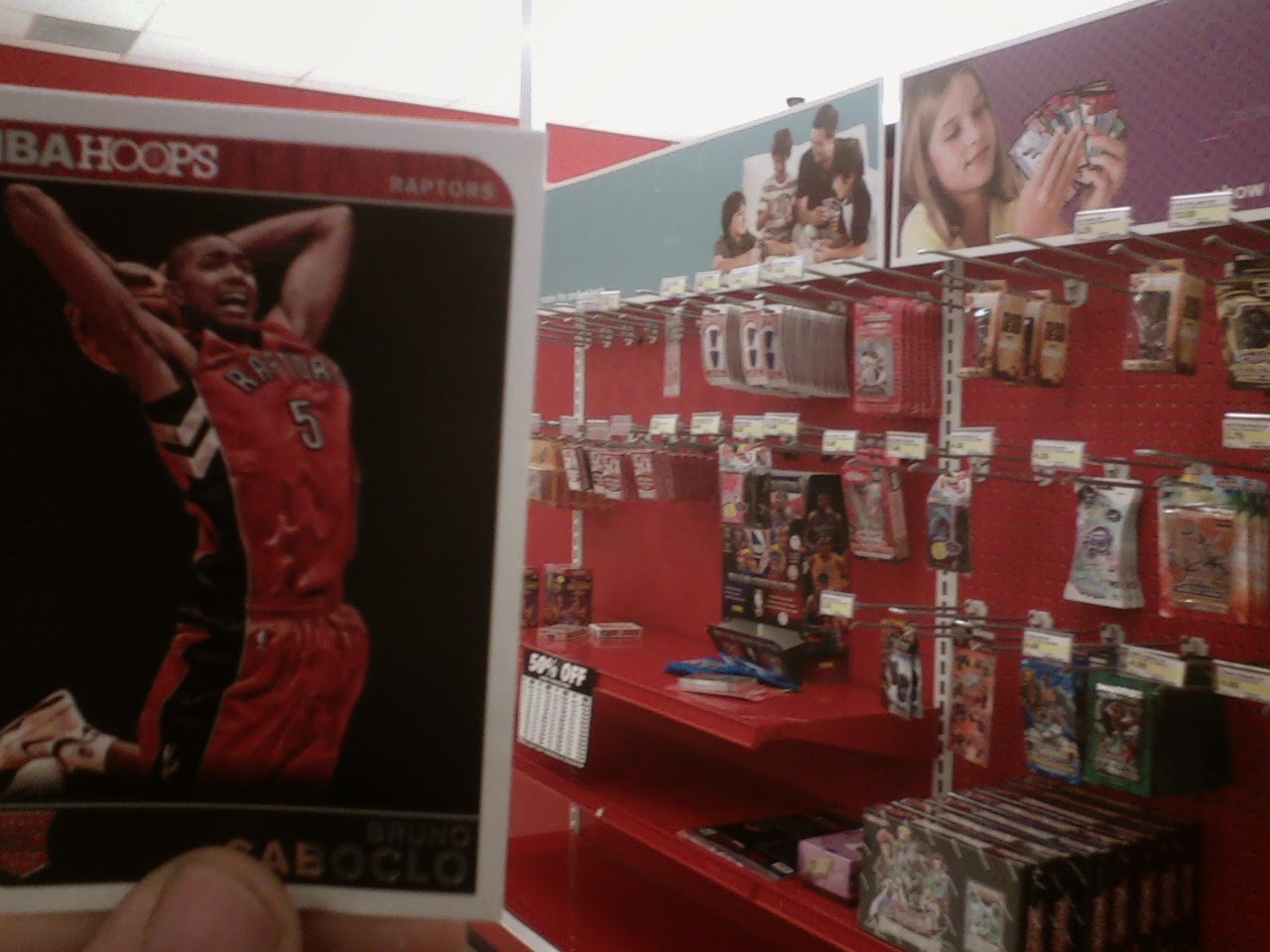 It does seem appropriate that I'd break out my rarely-carried wallet to make one last (Really! They close Saturday! It has to be the last one!) trip through Target. The sports portion of the card aisle was practically bare. I could have got either a blaster of WWE Wrestlemania or a box of Turkey Red., both of which you can see exactly to the right of the card. With my interest in Mania this year at its lowest level in ages, I opted for the football.

I said with the first one of these I tried that I'd wait for the product to drop to 60 percent off before trying it again. Well, it did. So I did.

And, depending on how you look at things, I did better this time than the first time. 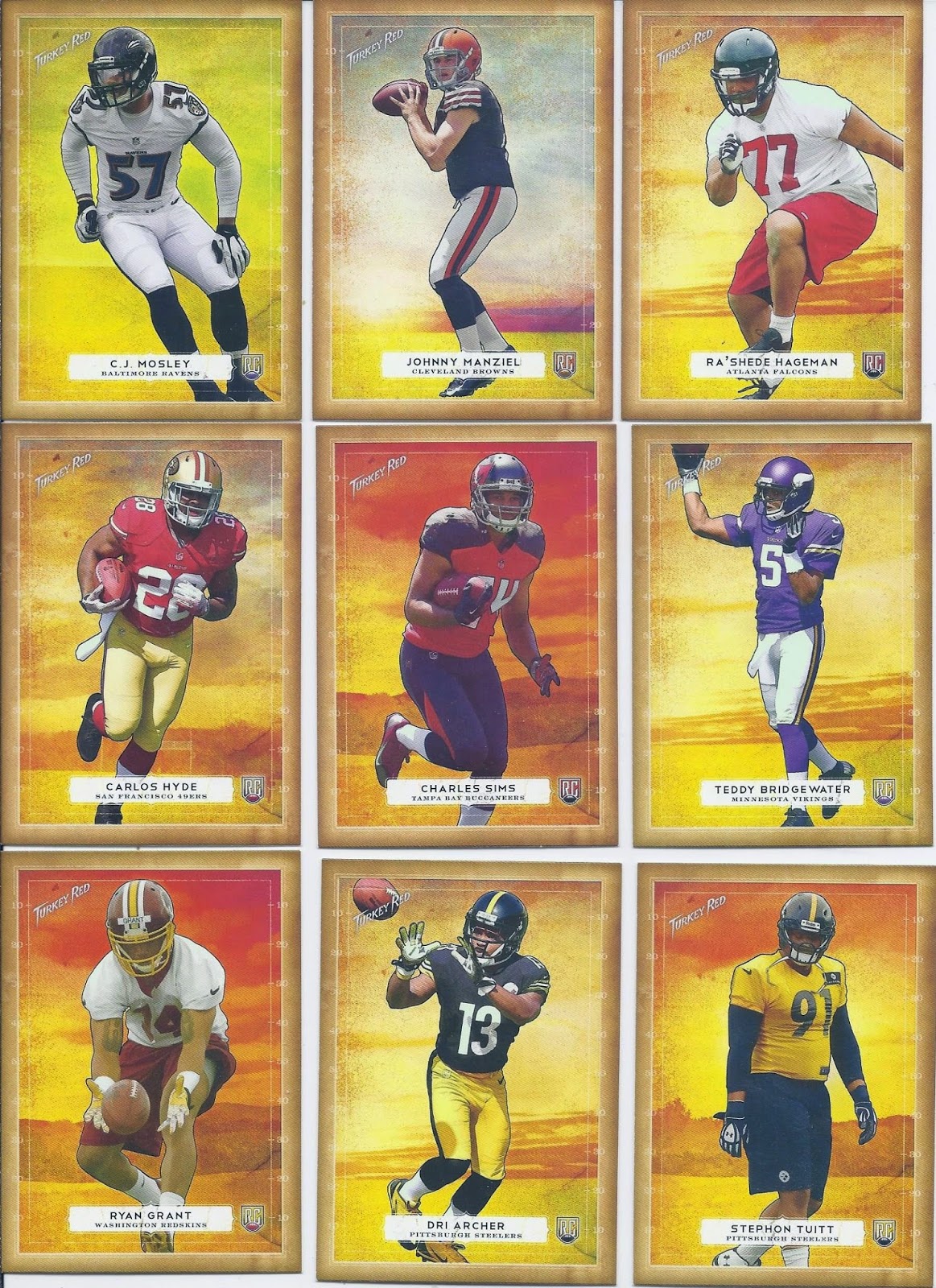 At least in terms of base. I grabbed 2 of the 6 product cover boys with this, getting Johnny Football and Terry Bridgewater. Although it is a Rookie Premiere photo on the Archer, I do like that it shows someone listed as a running back receiving the ball. Something different. Also, all the orange on the Sims might seem like too much. But it doesn't seem too obnoxious in hand. 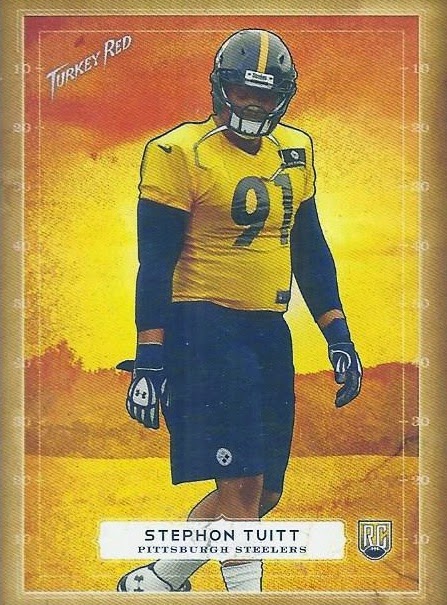 Getting a mini of a card you already pulled isn't exactly good for the collation. But, if you liked 1991 Fleer, you'd love the yellow. 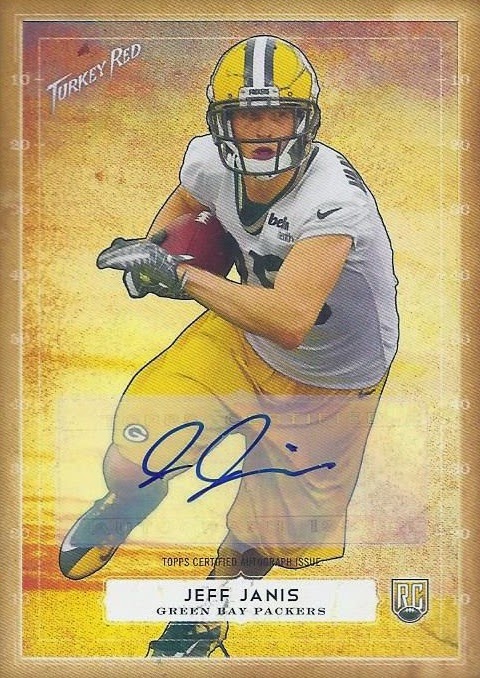 And my sticker-graph. Not the most spectacular one, especially since I already had an on-card auto of Janis' from a random group break of Chrome. And I'll probably include it in my next package, whenever that is, that I send to COMC, but at least it does give me the opportunity to post a like to this video again.
WOO! PACKERS!
Posted by buckstorecards at 09:50