COMC Challenge Cards Part 90: All About The Penmanship

If you've read some of my posts with autographed cards, you'd know that I'm a snob for penmanship. It is to the point I'd rather have a card of someone with nice penmanship than one that hits one of my PCs. For these cards, I either added them to my watchlist after seeing one of their autos pop up during challenges, or simply looked at the cheapest autographed cards, and selected ones where I liked the handwriting. 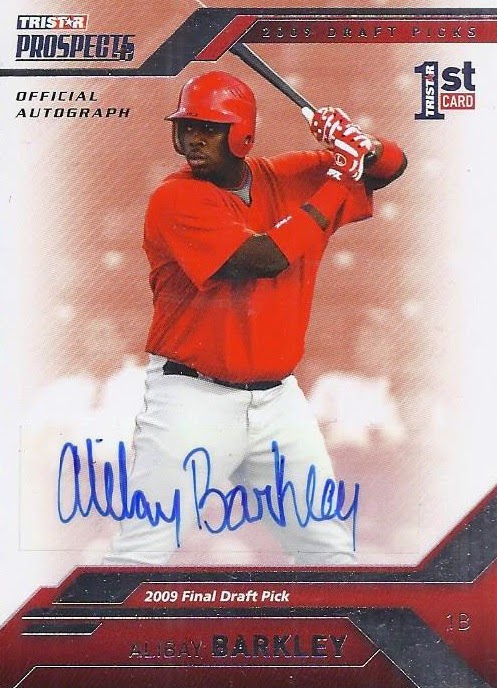 This is the only baseball one in a group of football. And it is one with an interesting player on it. Alibay Barkley only had a handful of at bats in the minors. But, he was baseball's version of Mr. Irrelevant. It says it right on the card - the 2009 Final Draft Pick. This is also his only card. Given that placement, I guess he wanted to make sure he had a memorable autograph on his card. And it was, with a very legible stickergraph. 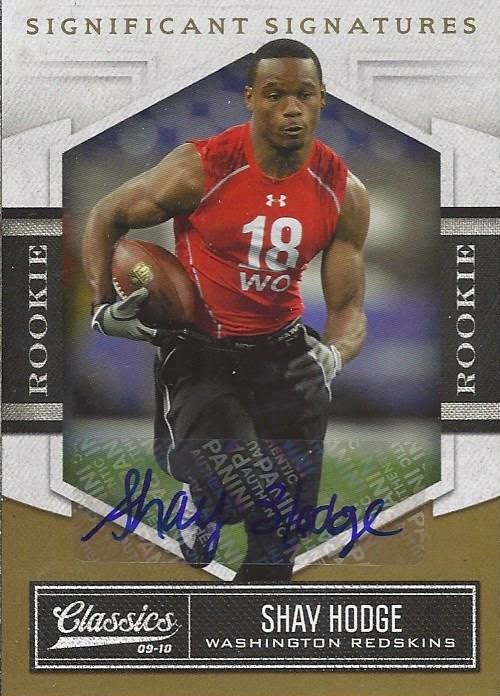 Off to football for the next one. Unfortunately, the placement of the sticker does harm the legibility of the autograph as a whole, but it is consistently legible on the other cards. This one was just the cheapest of the bunch. Shay Hodge also had a short stint with the Hamilton Tiger-Cats before retiring. 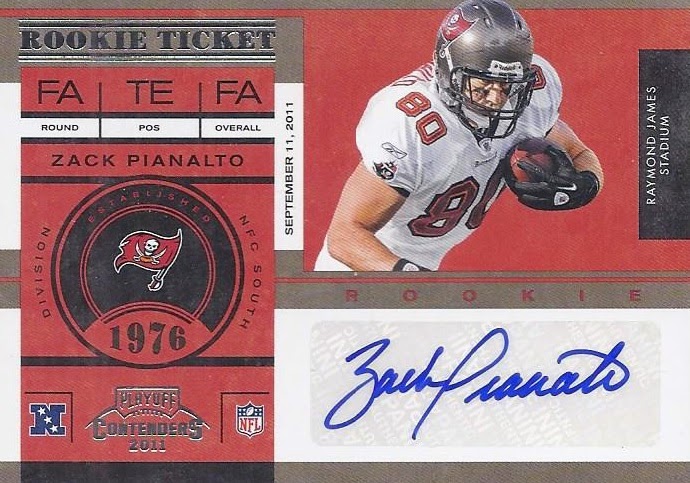 The stickergraphs continue! I love how the H at the end of his first name continues to the P of his last name. 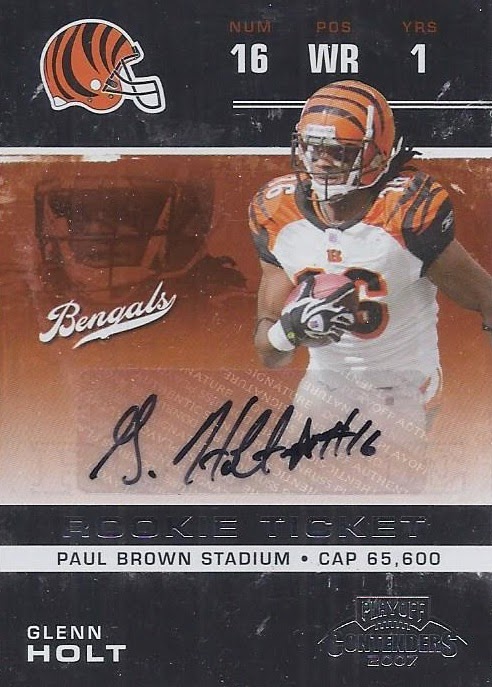 Glenn loses some points for just the initial on the first name, but it makes up for it with a really nice stylization of the letter, as well as adding the small star, his number and the number symbol to his name to his name.  Of the three football players featured, he's the one with the longest NFL career, topping out at 3 years. 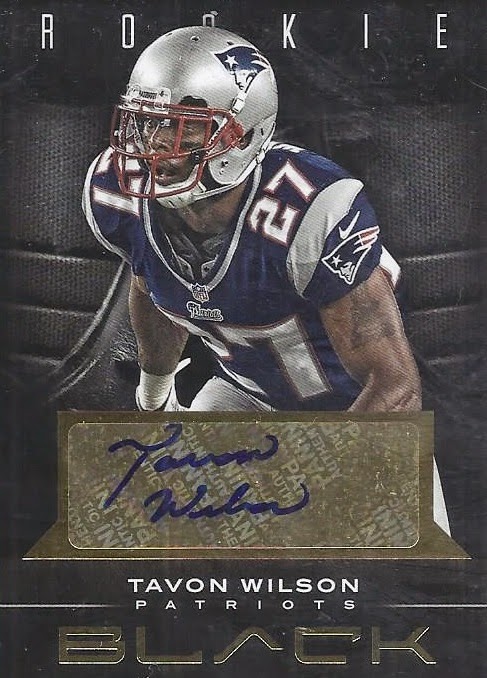 And to wrap it up, someone who is still active in the NFL! Tavon is still with the Patriots, and will be picking up a Super Bowl ring at some point. A nice looking T to start. And proof that you can have a compact signature that is still legible.

I'm still considering picking up one of those 10 page binders with 4 pockets each, and having it exclusively for my all penmanship team. If I do, here are 5 contenders to make it in.
Posted by buckstorecards at 16:33