Sampling '15 Donruss via the Group Break

I was going to hit the LCS to sample some of the new Donruss, but since mojobreak had a good price on a random case break of the stuff, I figured I'd get in on that instead. The ol' randomizer landed on the Twins, so let's show off what the Twins brought forth. 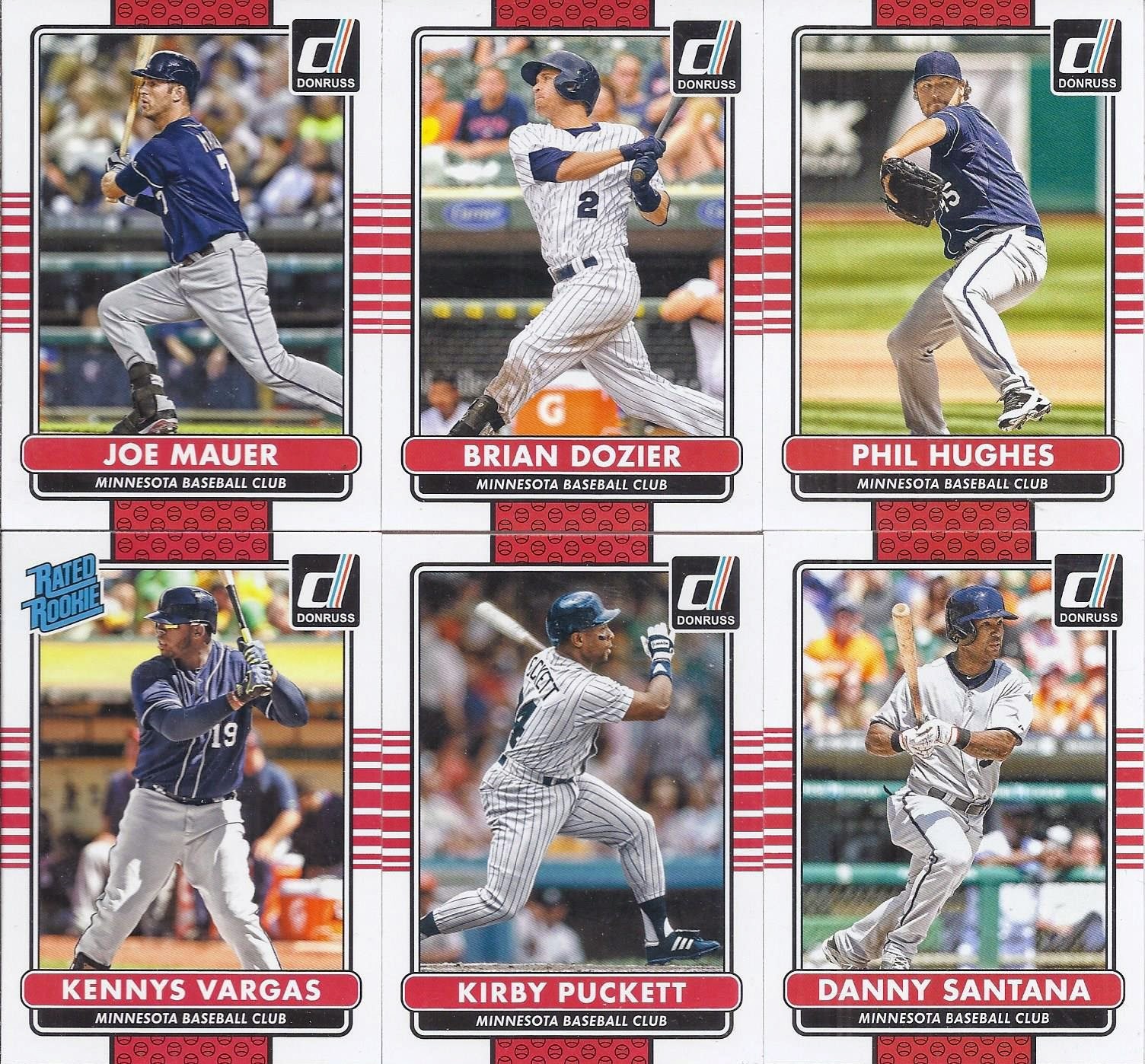 Here's the regular base cards in this. The Rated Rookies don't appear to be SPs in this year's release. 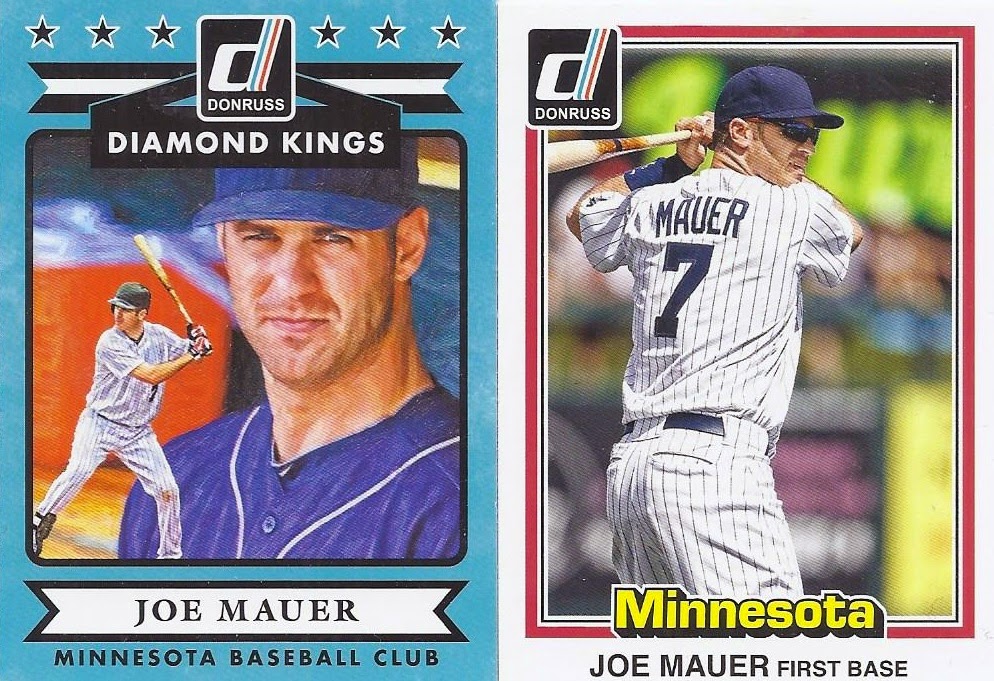 But these are numbered as if they part of the main set, but I only landed one of each card in the break. At least they've brought back the tradition of garish backgrounds to the Diamond Kings. 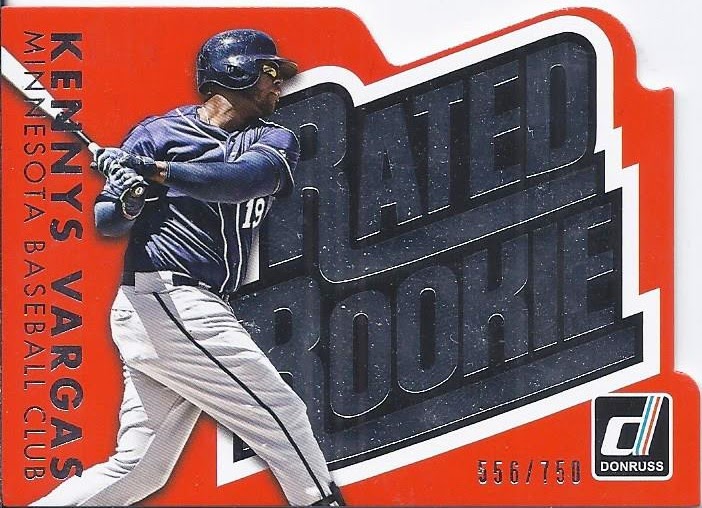 That's it for the base, so let's move on to the inserts. Of which this might be my favourite. The Rated Rookie logo is one of the iconic ones of the late 80s. Why not make it part of a die-cut card?

This also a sign we're moving to the shiny portion of the cards. 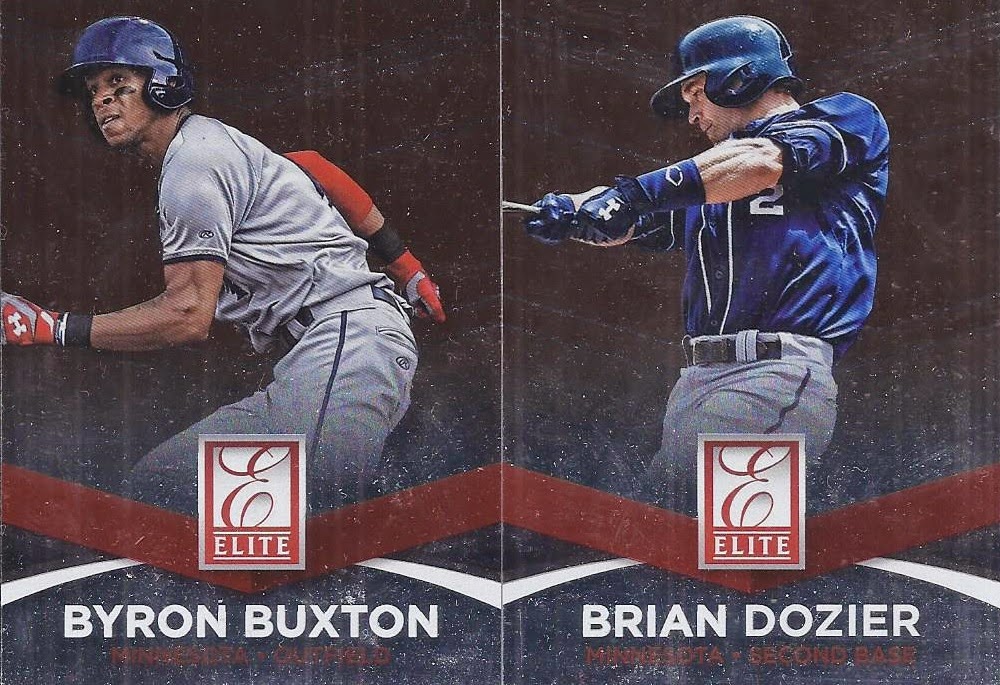 These are pretty much a copy of the insert set from Donruss basketball. Same background as well.

These are new, though.And they're actually pretty nice looking, and if I didn't get that RR of Vargas, it would be my favourite design in the set. The lower right in the card is not scanner filth, it is a second photograph of the player. And it isn't a re-used one either!

More shiny, this time the base parallels.

And the only thing left is the only hit I picked up. Which technically isn't a hit, since it lacks an auto or a relic, but since it is going for silly amounts on ebay, I'll probably be shipping it off to my COMC account sometime next week. 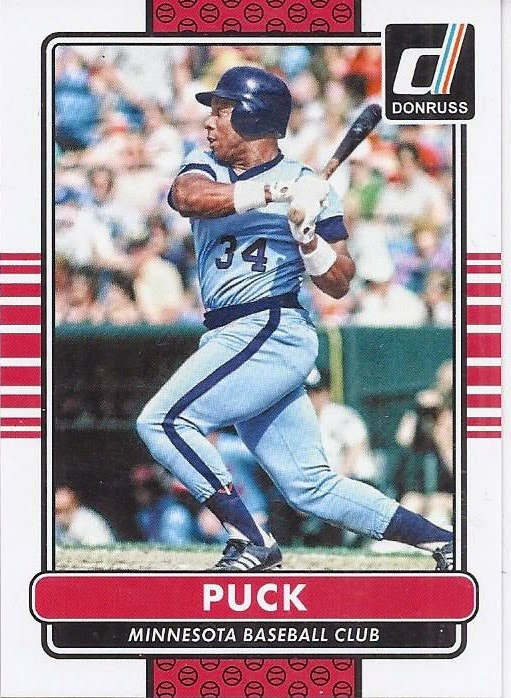 I love the blue uniform on this so much, I just wish this was the photo on the base card as opposed to the SP. But at least you aren't looking for a tiny sparkle, or even the regular base card to see that there's something special about this card.

So, with the SP, it looks like I made my money back, and got some nice cards to go along with it.
Posted by buckstorecards at 13:31