Time to take a nice chunk out of the 2/14 box, which, in reality barely makes a dent in the content. At least  I haven't hit ship on the cards currently in my inventory. 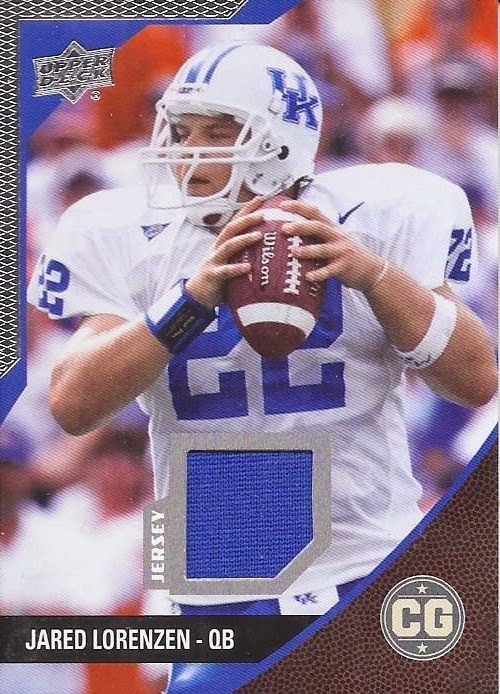 Only one hit among this group of football cards, but it is kind of a nice one. A relic of the Hefty Lefty himself out of this year's UD releases. But the back is kinda strange. 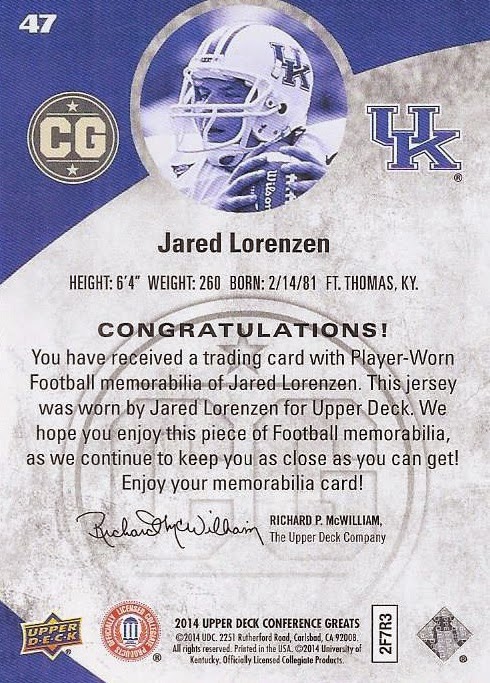 "Jersey worn by Jared Lorenzen for Upper Deck". Which I think translates to UD ordered a bootleg Wildcats jersey from Hong Kong, and sent it to him for wearing while he hit the Chinese buffet. Either way, it is my first Lorenzen hit. 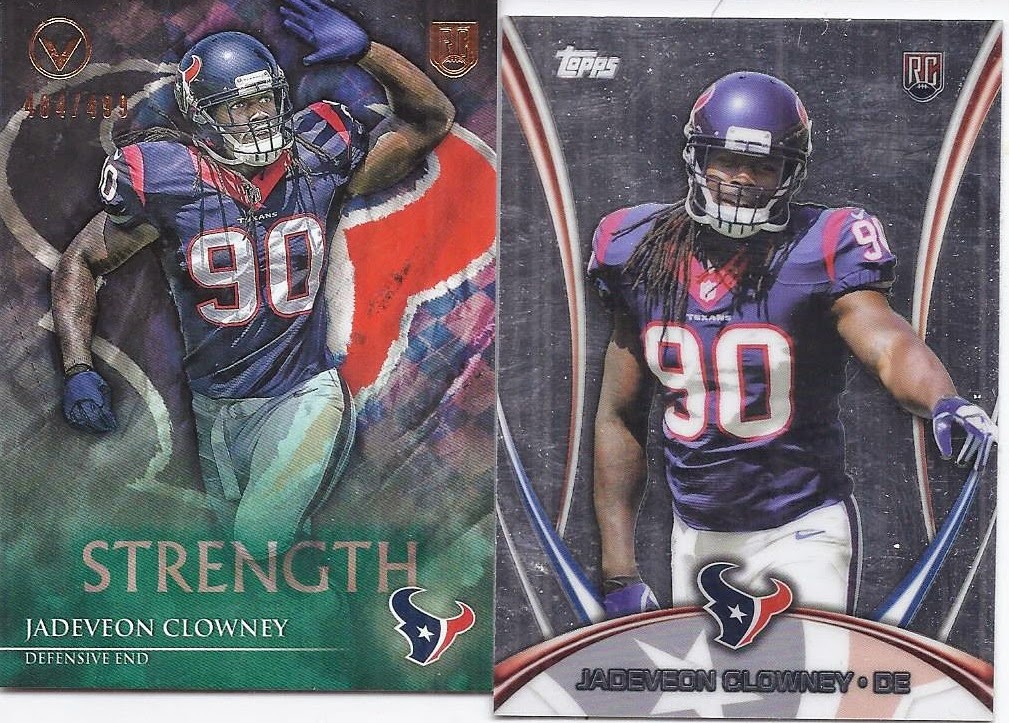 The only other card close to a hit was this /499 Strength parallel of Jadeveon Clowney. The second card is a chrome that was exclusive to their 2014 Football Megaboxes. 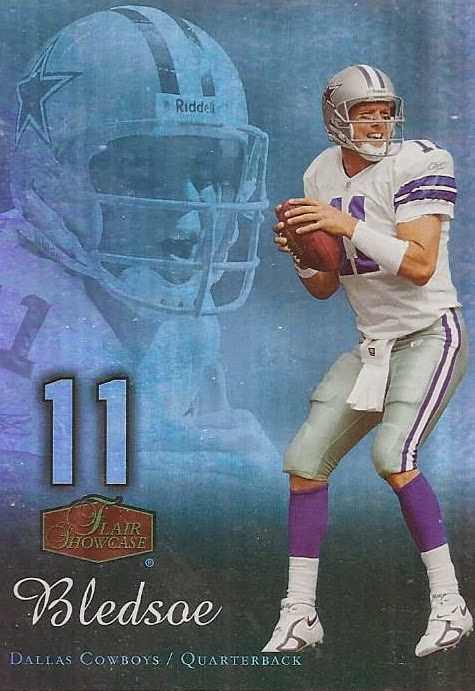 Most of the rest consisted of going to the various players in the collection, and selecting the cheapest card I didn't have. Such as this. 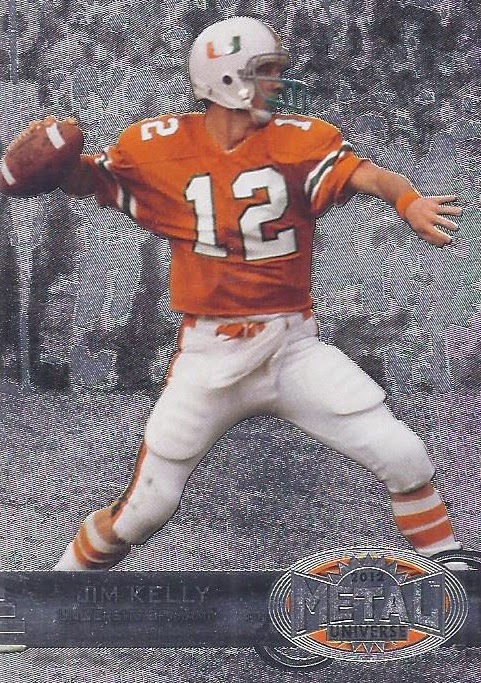 And this. At least with these two, where they aren't pictured on the Bills, make it an easy decision of which binder they get stored in. 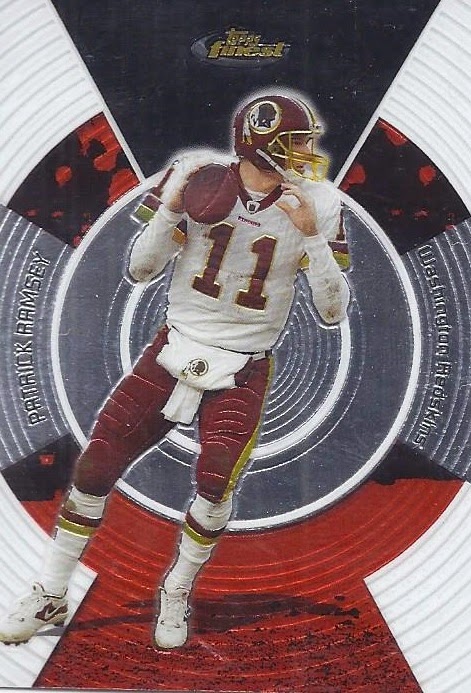 It is always nice when the cheapest option is a base card from a mid-range set. Despite severe warping in this card, I can always hope that this will straighten out in the binder. 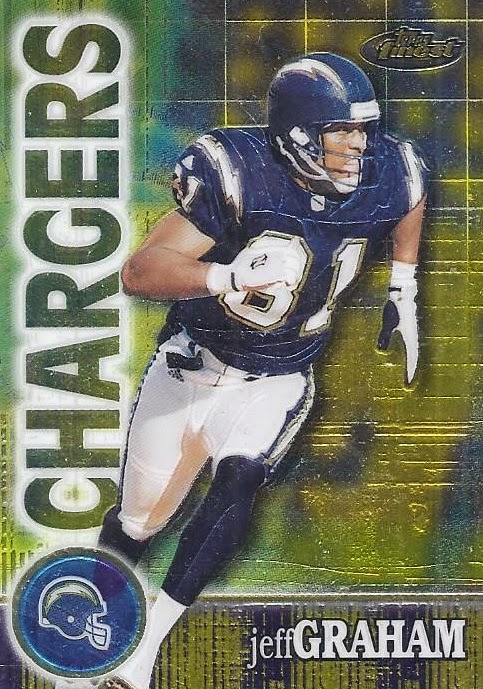 Yet this Finest release was nice and flat. I guess you take your chances as to the quality of the cards in random years. 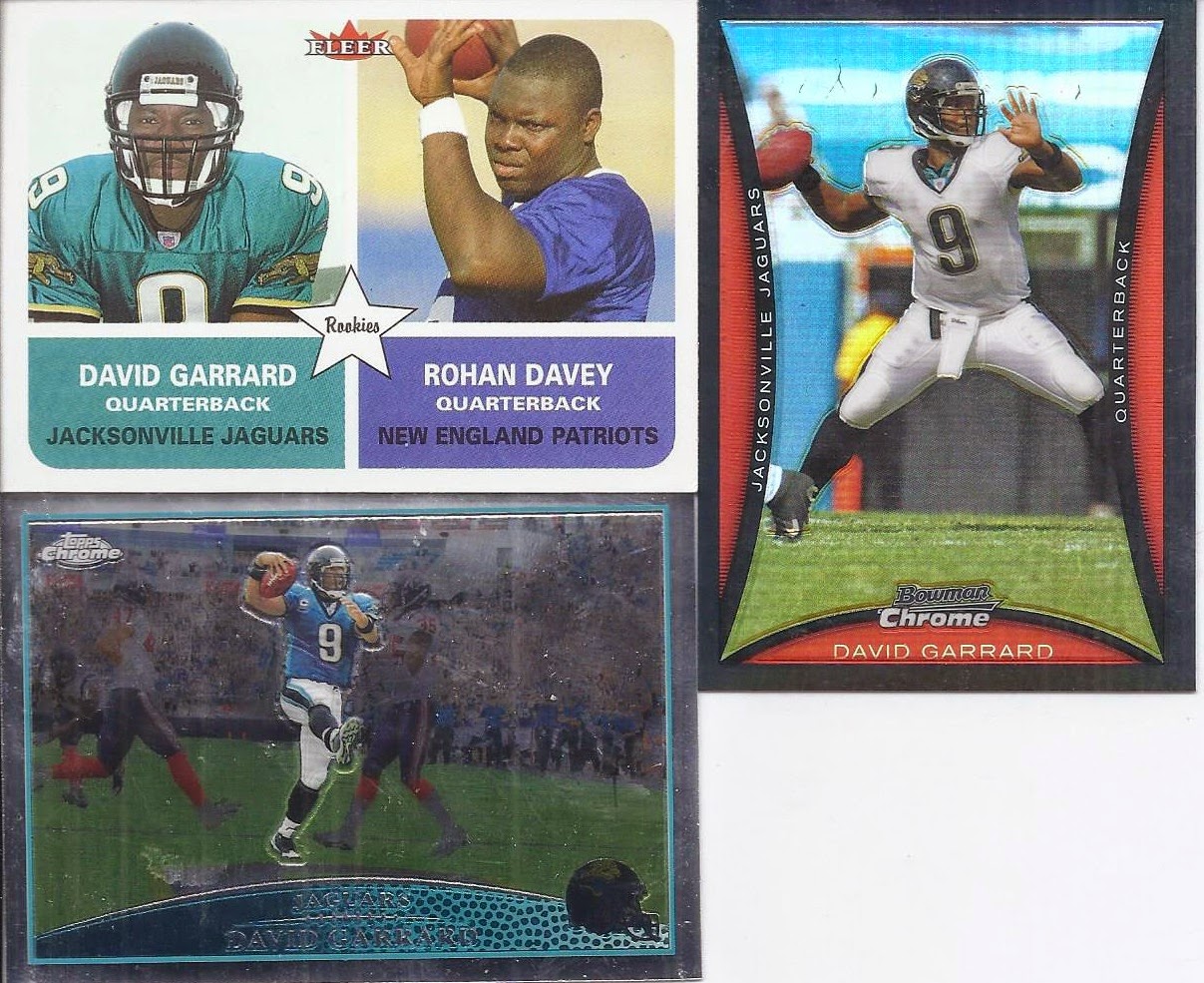 The big additions in terms of volume was the David Garrard portion of the collection, which jumped by 3 cards. Both the Chrome cards were warped, with the Bowman less even than the Topps. The shared Fleer Tradition card might actually be my first rookie of his. I'm more certain it is his first base rookie, surprising for a player that isn't too expensive to collect. 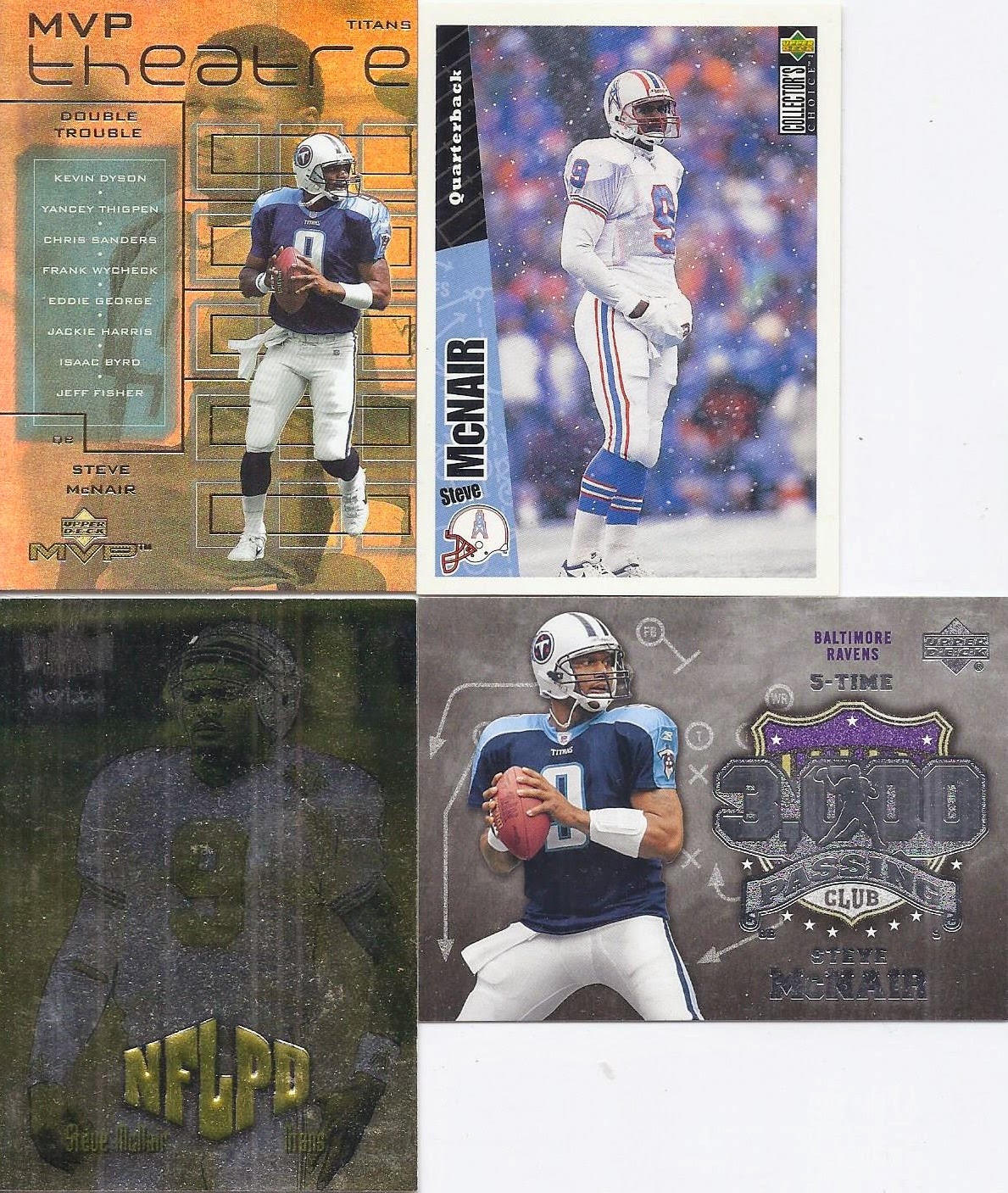 And the big winner is Steve McNair with 4 cards. I love that collector's choice, with the photo being so clear you can count the snowflakes.

At least I've got some give room in the box now.
Posted by buckstorecards at 08:43