Just one card, but this one card is an interesting addition to one of my smallest mini-collections, and appropriate with Wrestlemania on tap for this Sunday.

Said mini-collection is cards of professional wrestlers outside of the wrestling ring. Usually, that means football cards. I've got an Angelo Mosca. I've got a Wahoo McDaniel. I really want to add an Ernie Ladd to that collection. And despite not being a football card, I'd give up a kidney to get this card, if it were an actual baseball card and not a mock-up.

And, while going through COMC Challenges, this card came up: 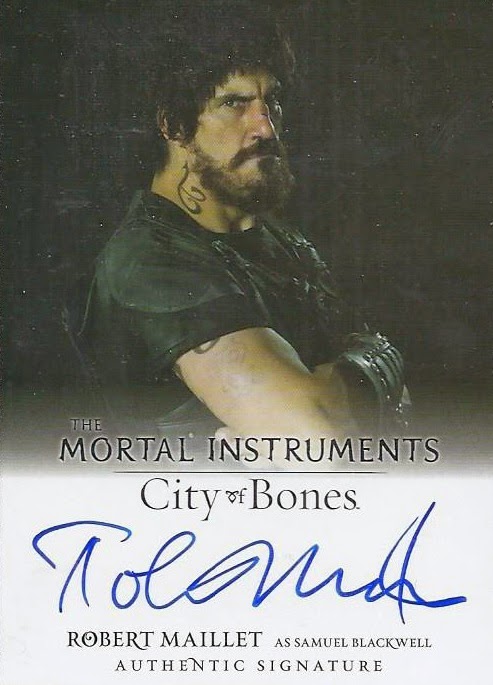 I entered the requested data, went on, but then went back to the card.

Hey, I know that name from somewhere.

That's not just Samuel Blackwell, as portrayed by Robert Maillet.

Kurrgan had a short run in the WWF in 1997ish, and was probably best remembered as one of the Oddities, and in Hollywood as the big guy who fought (and legit knocked loopy) Robert Downey Jr. during Sherlock Holmes.

Either way, this a far cooler addition to my collection than just the base card (and not much more expensive than that.).
Posted by buckstorecards at 11:40