Technically, this is actually two trades. The envelopes just arrived so close to each other that I didn't make time to make the first post. So, they get grouped and posted together. Fortunately, they're easy enough to split into 3. One baseball. One football. One "and the rest". That's also the order I'll work my way through the boxes - probably on Sundays. 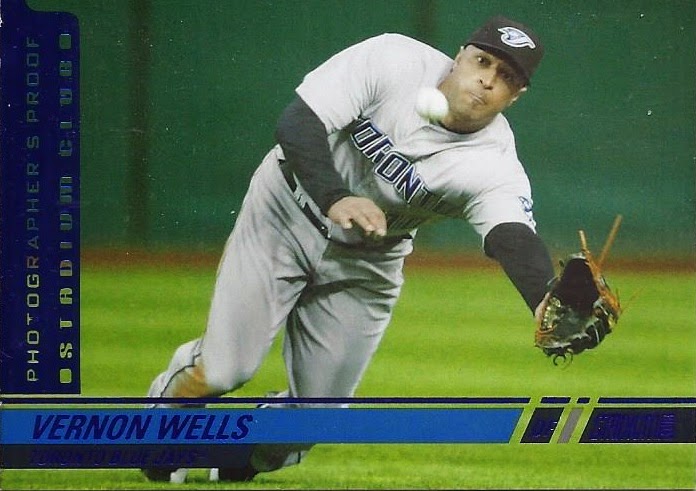 Leading with a great Stadium Club photo? Sounds like a plan! As a bonus, this parallel is /99, and a blue parallel is perfect for a Blue Jays card! 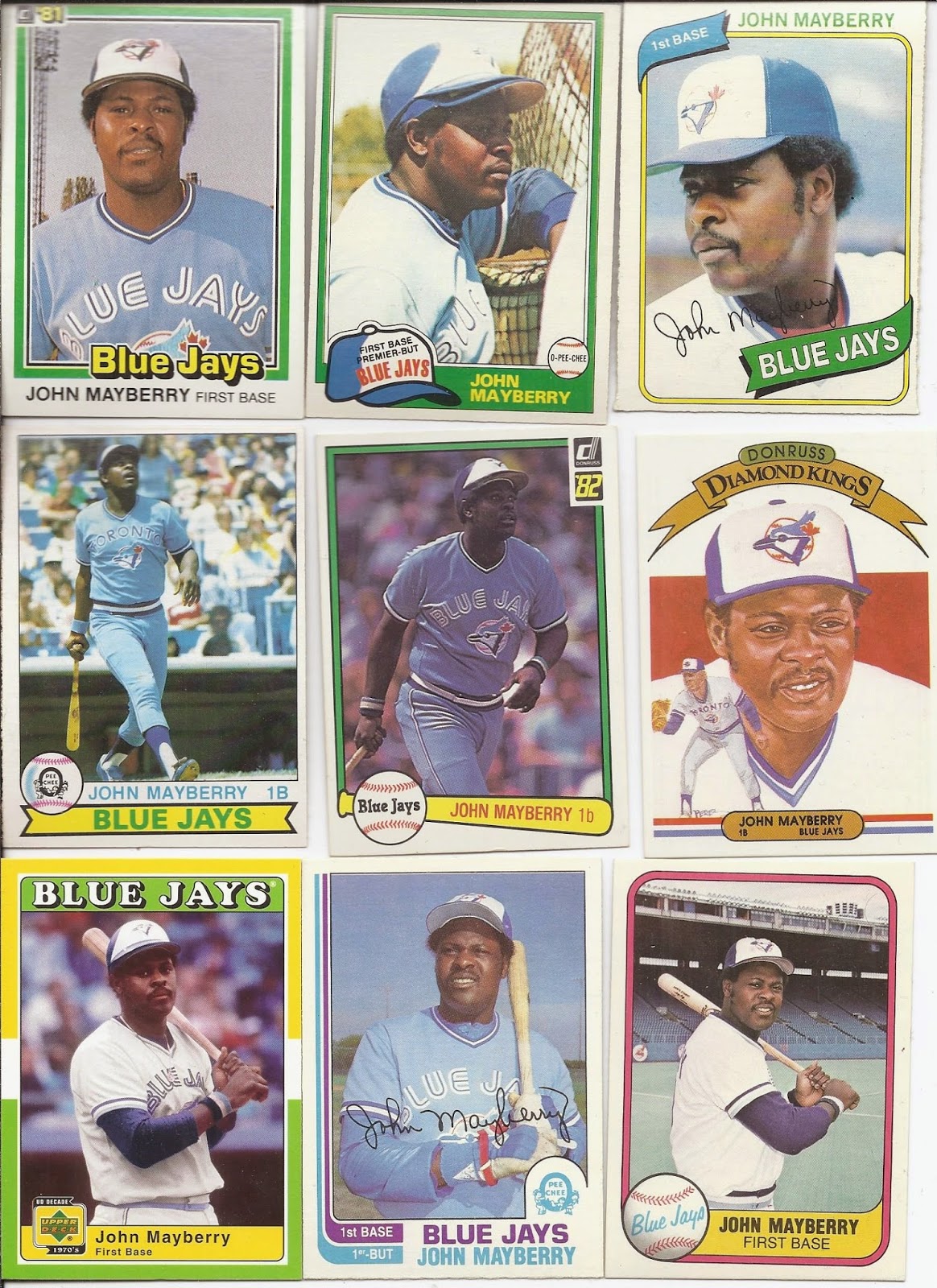 Also of note was pretty much every mainstream card John Mayberry had as a Blue Jay, including his O-Pee-Chee cards. Any package that includes Diamond Kings as part of them is also great. John Mayberry Jr had a cup of coffee with the Blue Jays at the end of last season, but didn't appear to get any Toronto cards out of the deal. 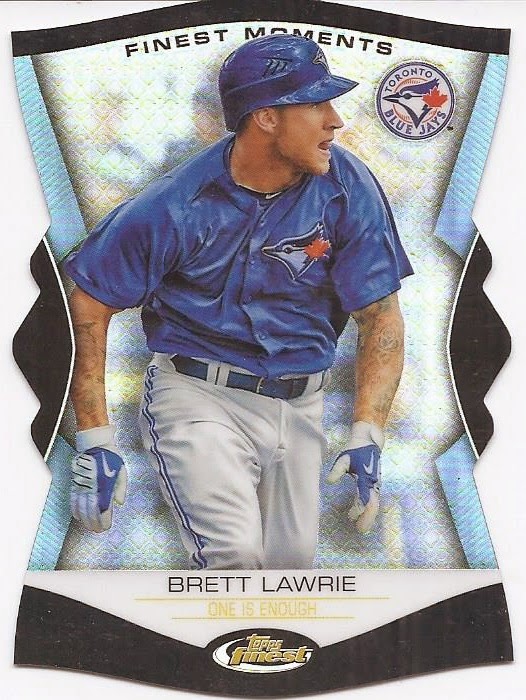 I guess Brett Lawrie will be migrating into the Cancon collection at some point.  Although he is the Canadian Blue Jay that I probably have the most cards of. And that's combined. Unless I come across a secret stash of Paul Spoljarics. 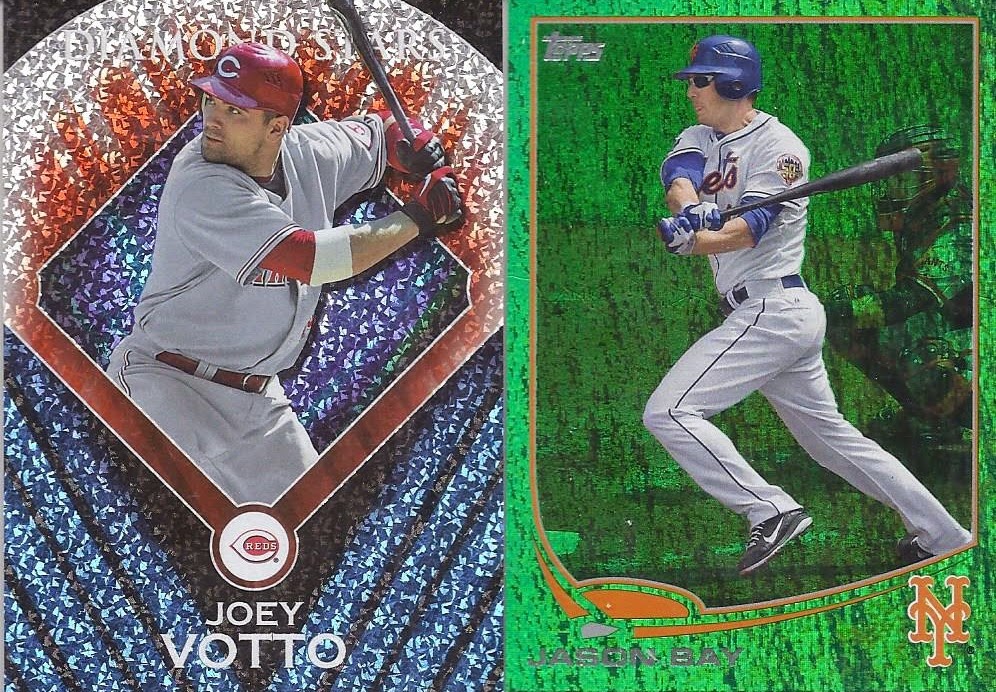 Speaking of CanCon, here's a couple shiny additions to that collection. 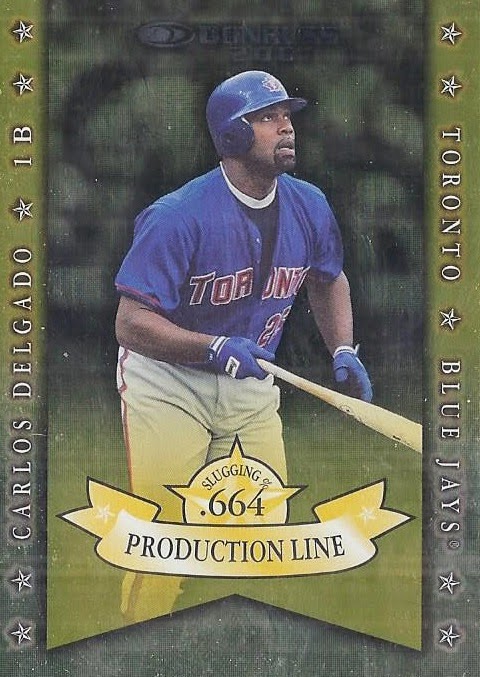 Only one new Delgado for my collection, but it is a nice shiny one numbered to 664, courtesy of Donruss' odd numbering scheme that goes along with the Production line portion of their sets. 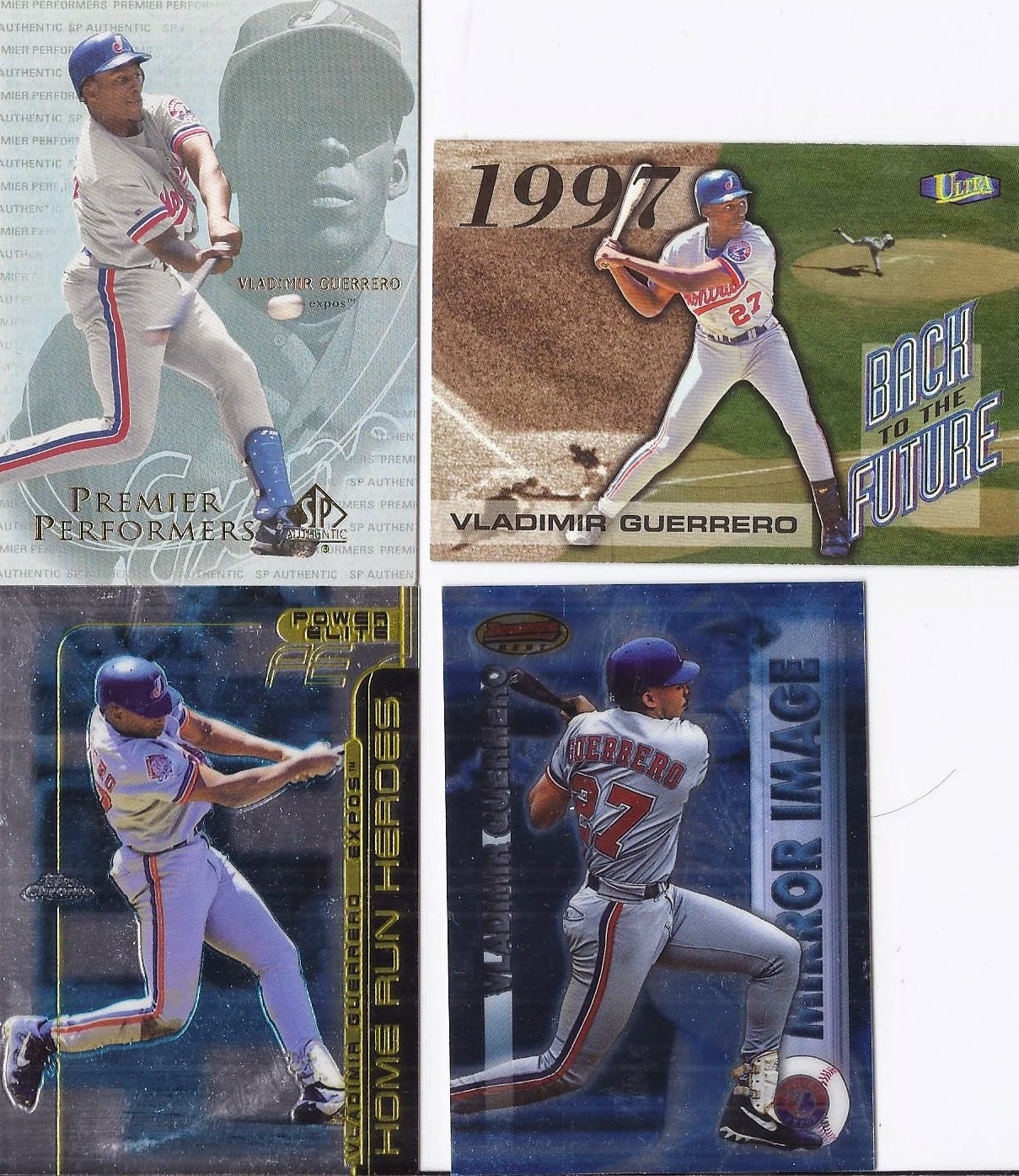 But my Vlad binder expanded by 4. 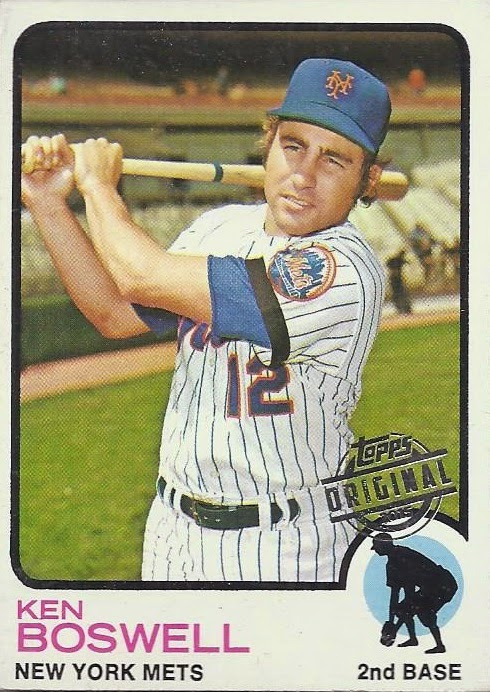 Over to the Mets portion of this trade. There was that shiny Bay. There's also this. Sure, it is a buyback, but I doubt there is a better card out there with the Gil Hodges armband. And GCRL agrees. 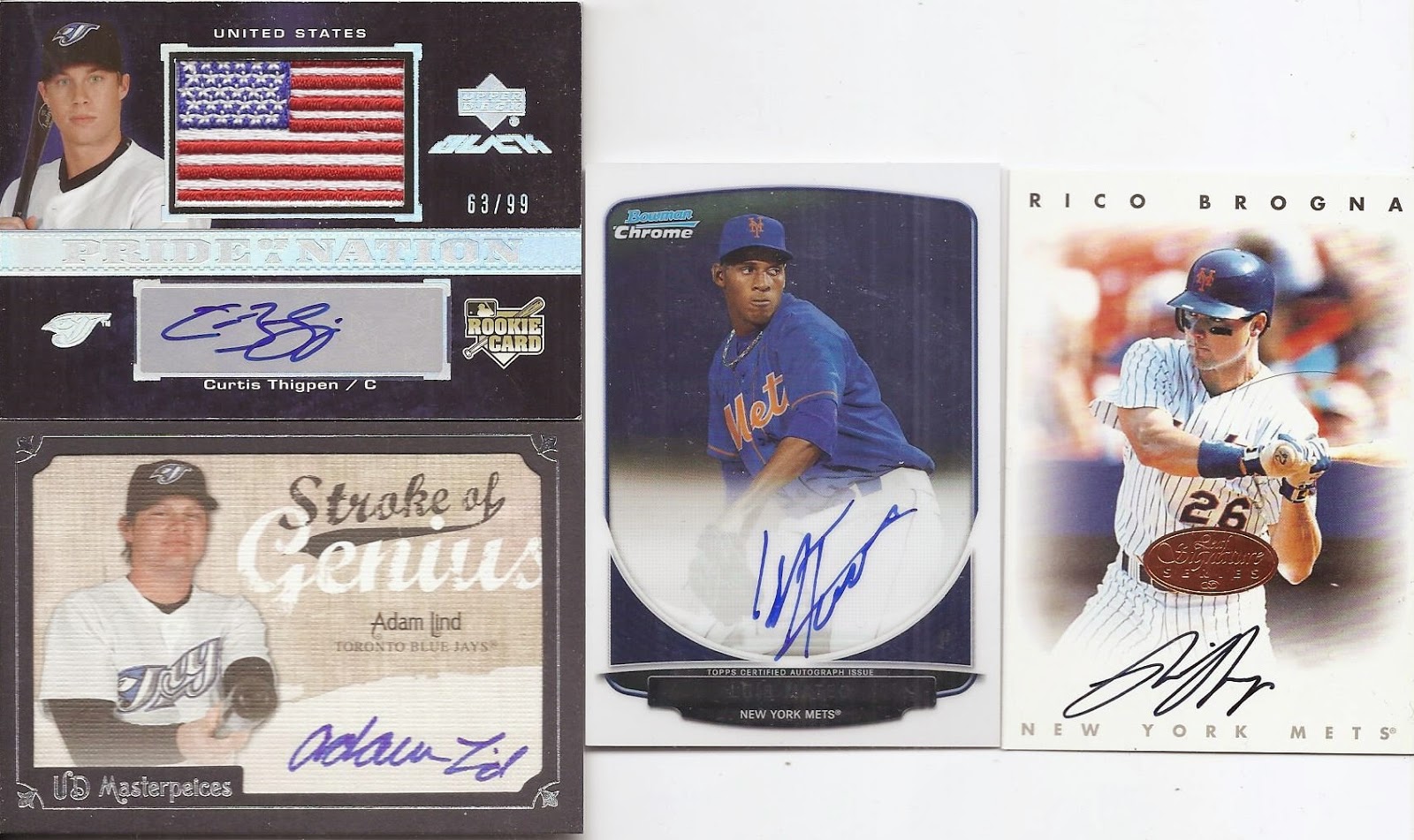 And last, but not least, a foursome of autographs. I continue to be a magnet for Lind's signature. But, at least he's got nice penmanship, and I'll kinda miss the lug in a Jays uniform in 2015. But the big winner for me is the Brogna. He's another guy I'd love to see, along with Dave Dravecky, show up as part of the Fan Favorites portion of Archives in 2015.