I went to the local card show this morning. I really didn't get too much for myself. Mainly, I got cards to send off as part of trades. So, if you  are a Penguins fan in WV or a Ducks fan in CO, keep your eyes peeled, as I hope to swing by a post office Monday.

I'm going to hold on to the Wolverines for now, unless it becomes more financially advantageous to mail 2 packages instead of just 1. Canada Post can be as strange as the USPS with postage.

Since I really hadn't grabbed too much for me, I decided that I should pick up, and at least bust one pack of something. Lots of hockey options, but I opted for football. 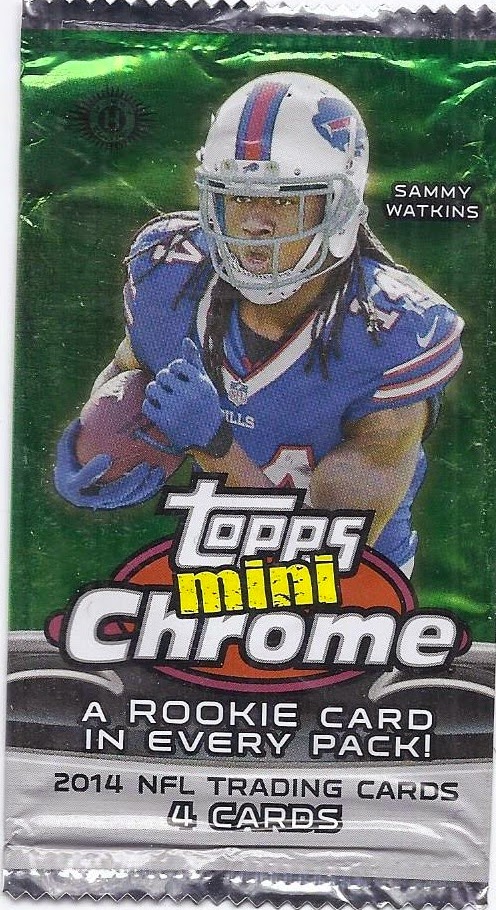 Mainly because I can add the empty pack to my Bills binder. 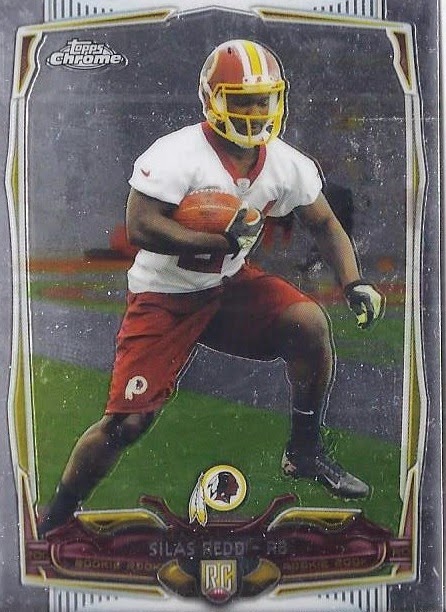 And this was the first card. I guess this was my promised rookie card. Given that this was a later release, I would have at least hoped that they might have updated the photo. Especially since Silas made the team as an undrafted free agent. 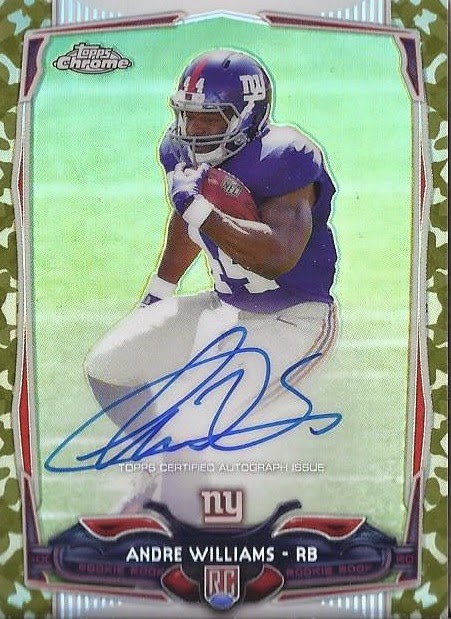 So, if anybody out there wants to pay for a flight and accommodation, I'll gladly try my hand on grabbing packs at your LCS. This is the second time that picking up one pack of a product lead to an Andre Williams autograph for my collection. Since he's pictured as a giant here instead of a photoshopped college uniform, I like this one a little more than the first. This is also /99. 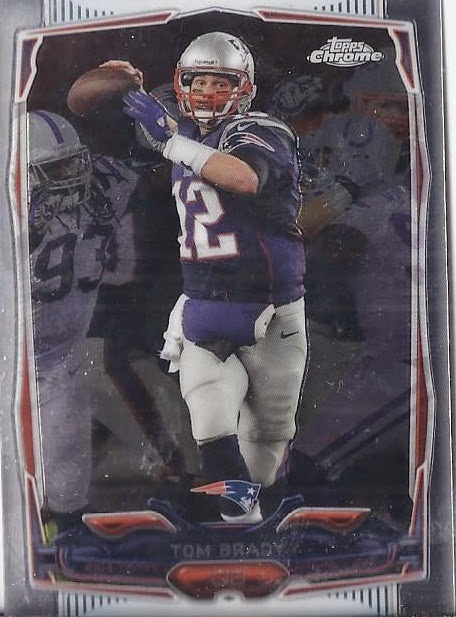 Of course I pulled a Wolverines alum for Dennis @ TMM. Why would I not? 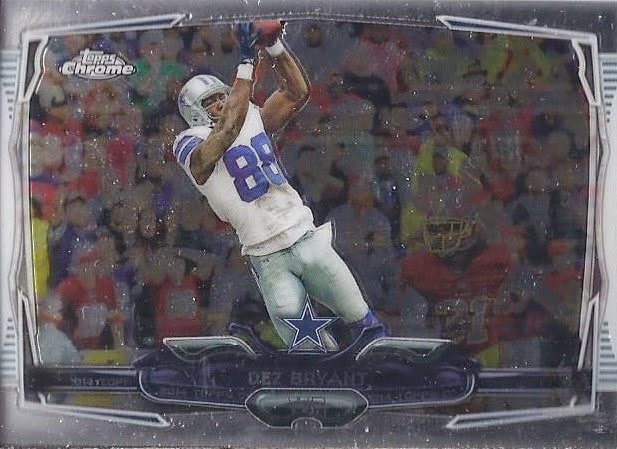 And the final card. Great photo of a nice catch to end it. I love how the design and the chrome contrast the white jersey against all the opposing jerseys in the field and in the stands. 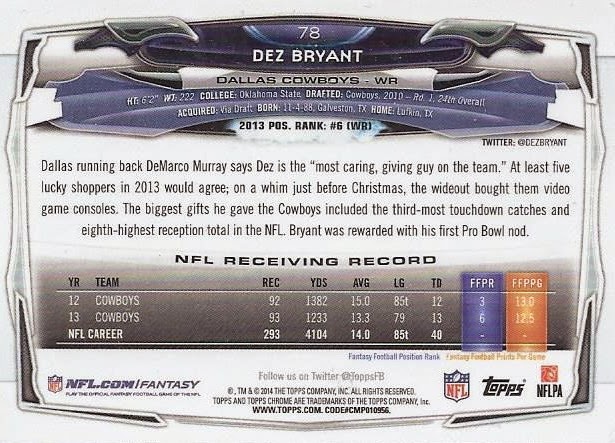 Fairly standard backs to those who busted both flagship and regular Chrome.

And there you have it.
Posted by buckstorecards at 09:57