Since Wrestlemania goes tonight, now is as good a time as any to post one pack of the 2015 Topps WWE release. 21 cards in a rack pack. 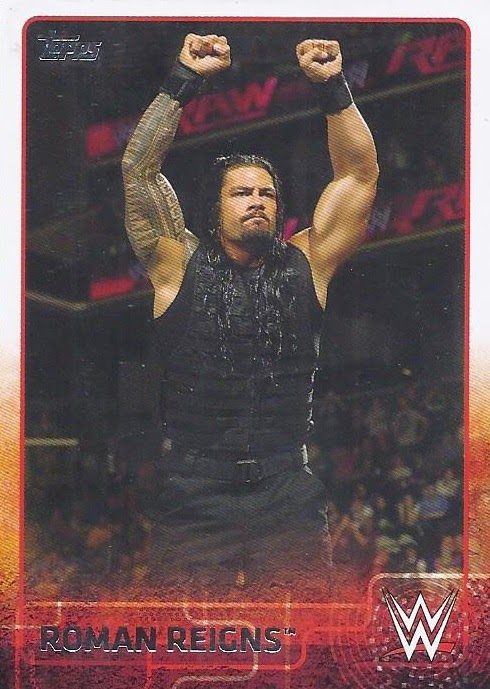 Roman Reigns - My first card last year was Daniel Bryan. So, it looks like I'll be going back-to-back with cards of guys that might walk out of the big dance with the belt. The design should be familiar to fans of another flagship design.
Cesaro 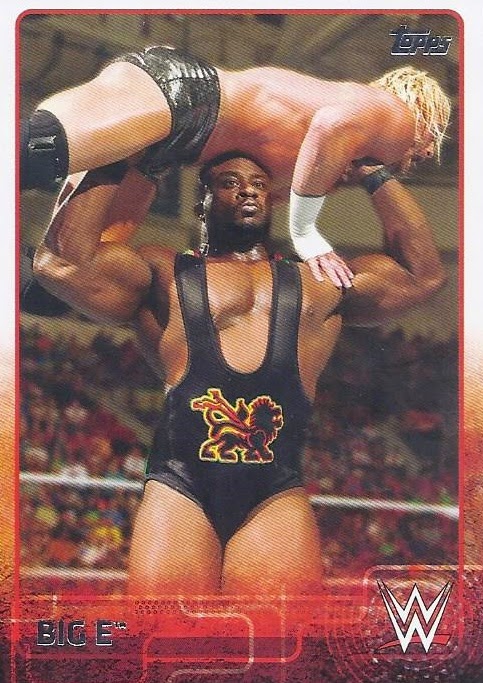 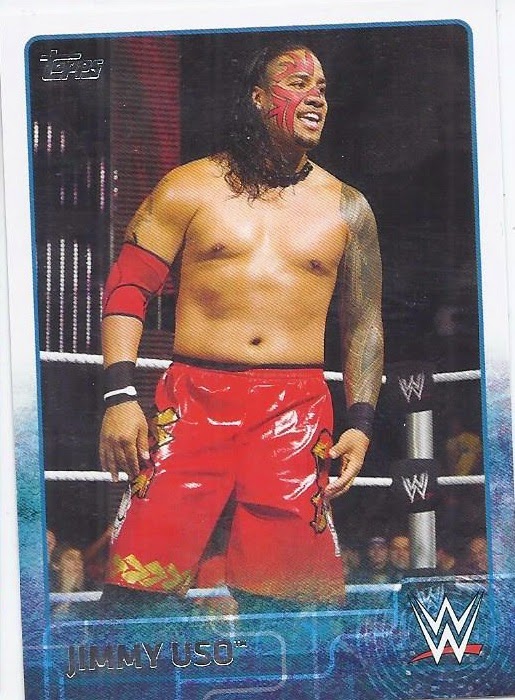 Jimmy Uso - There really doesn't seem to be any rhyme or reason as to why some have blue borders and some have red.
Nikki Bella 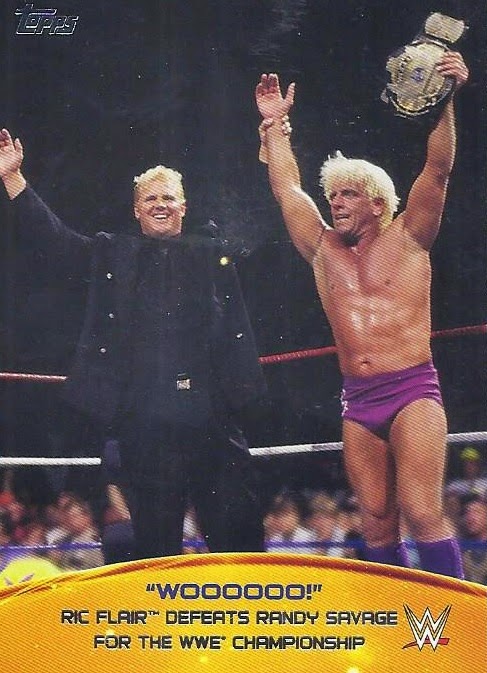 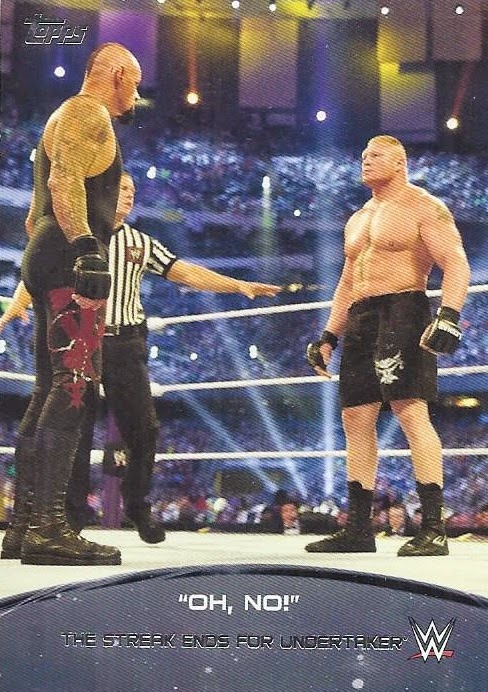 Crowd Chants - Oh No! - Lesnar ends The Streak - I would have gone for a pinfall photo myself, but commemorating the most famous moment from last year's Mania is still nice in cardboard form.
AJ Lee - And we're back to base cards again.
Curtis Axel
Diego
Jack Swagger 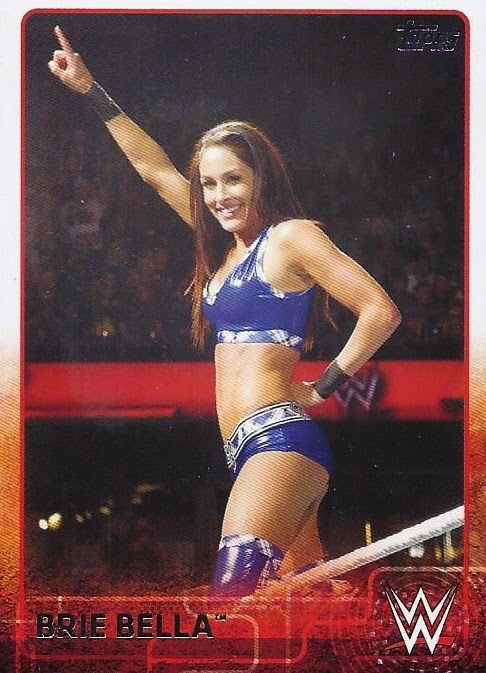 Brie Bella - No Daniel Bryan in this year's pack, but I did get his significant other. 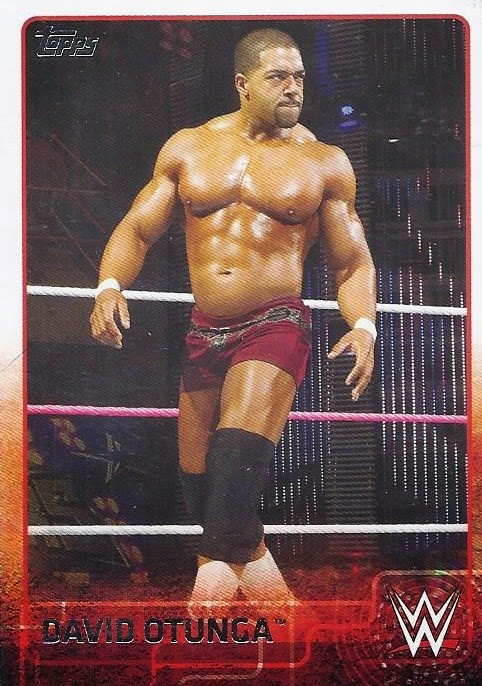 David Otunga - My first "He's still on the roster?" card. 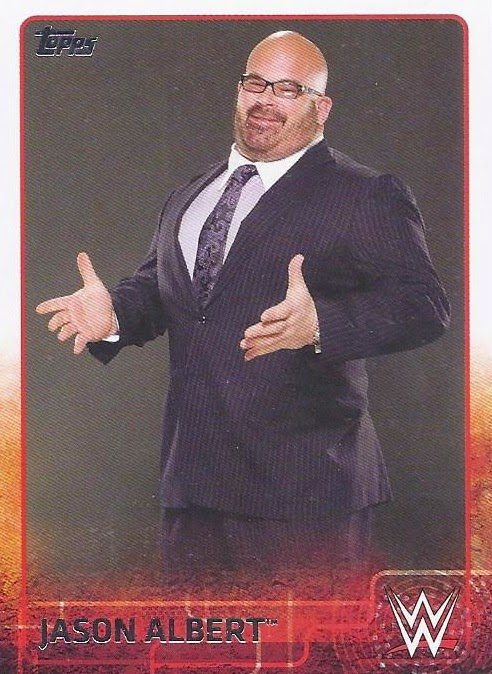 Jason Albert - Even though I always catch NXT, getting this card of the former Albert/A-Train/Tensai in a suit is a little surprising. 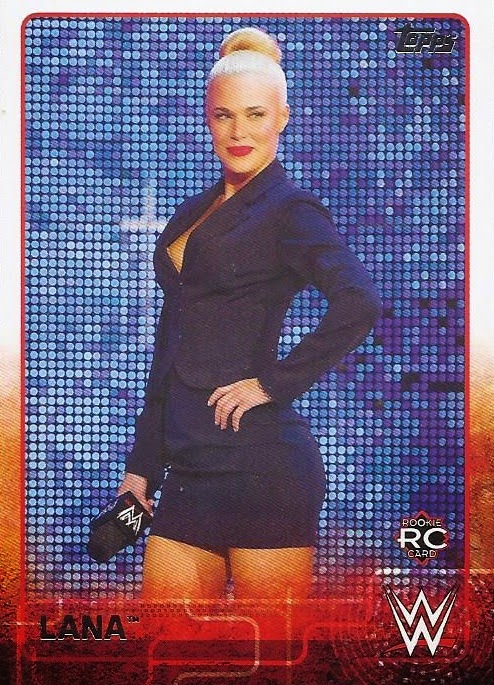 Lana - I guess the Rookie Card logo is back as well. 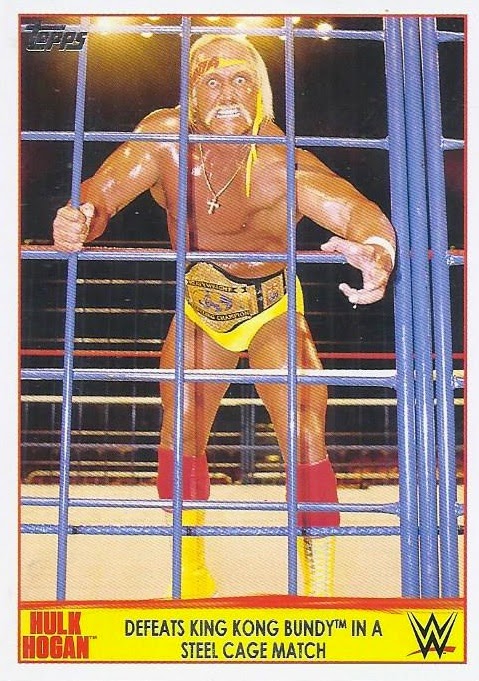 Hulk Hogan defeats King Kong Bundy - If not for the gloss, this card really has an old school Heritage-ish feeling to it with the photo and the classic blue bar cage.
Crowd Chants You've Still Got It! - Rob Van Dam 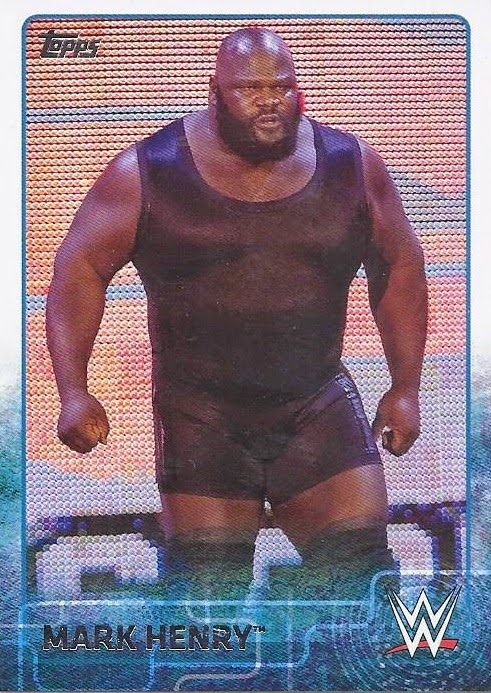 Mark Henry - He's another one of my guilty pleasure wrestlers. 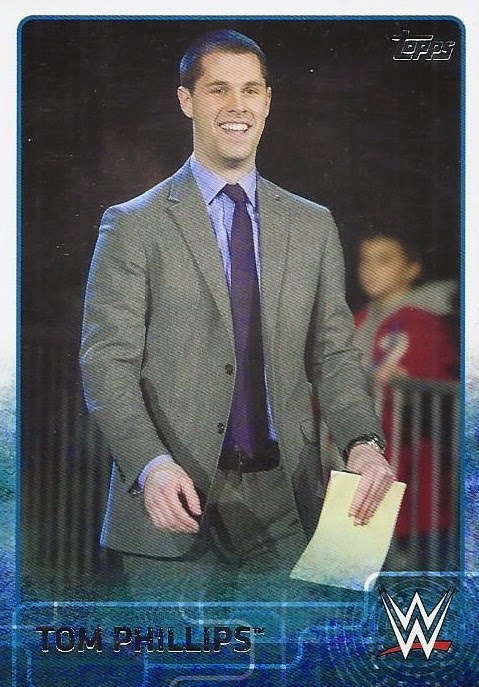 Tom Phillips - The second broadcaster card of this pack. I guess the roster is too small to power its way to 100 on its own.
Undertaker
Summer Rae

And there's the pack.
Posted by buckstorecards at 07:35