One More Pack of Rookie Anthology

I went to the LCS yesterday to get a sampling of the new Bowman football. While I don't plan on building that set (especially after seeing the numbering scheme, which would drive me mad), I always like to get my hands on at least a small number of cards in the lower range sets. I'll post that later today.

But there were a few packs of RA still out. Since I know from experience that fatter packs contain at least a numbered card, if not an auto, relic or auto/relic, I grabbed the most noticeably bulky one.

And your contents are:

Here's the base. All three of which I need for my base set. So, that's a good start. 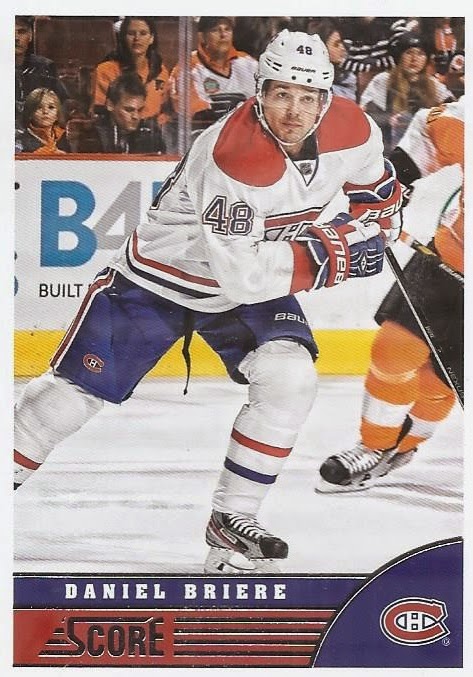 The first insert was your standard, and expected Score card. 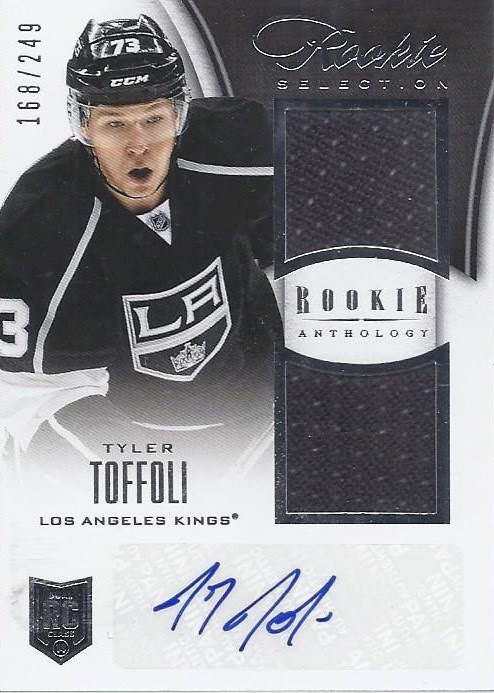 And there was the hit in the pack. And it is actually a pretty good one to get at this time. A standard sticker auto and single coloured relic, but it is of a player that did make some headlines on the Kings run to the Cup, along with putting up some pretty good numbers.