Let's continue with the repack, starting with the bonus item. 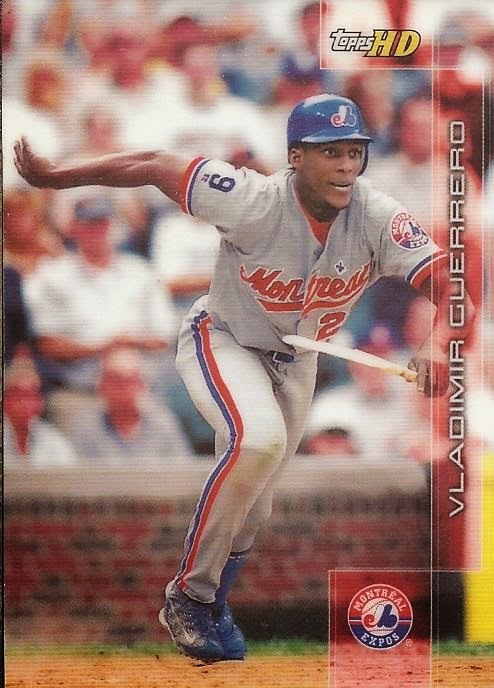 2001 Topps HD Vladimir Guerrero - One card in, and I'm already happier with the bonus item. It's a card I don't have of a guy I collect. It features the bricks of Wrigley, and Vlad is holding a broken bat. So much awesome on one piece of cardboard, sitting loose in a repack. If you're wondering about the #9 patch, it is a patch in memory of Maurice 'Rocket' Richard. So there's hockey in this card as well. What a spectacular addition to my Vlad/Expos collection. 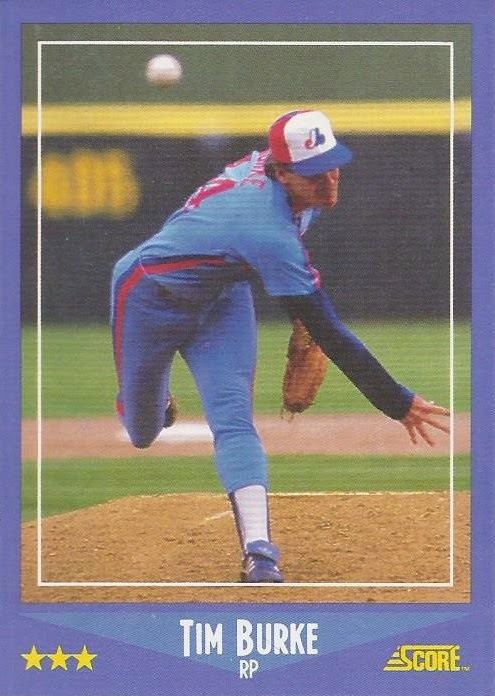 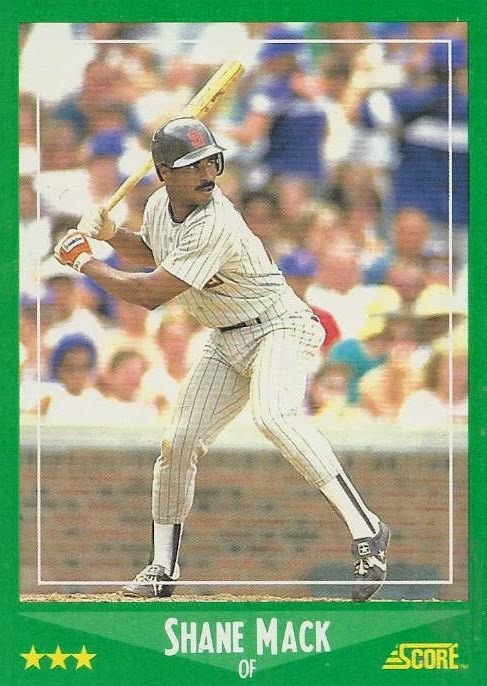 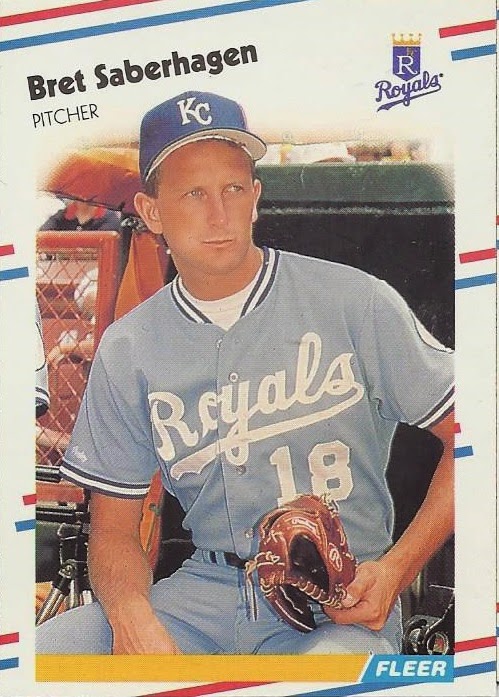 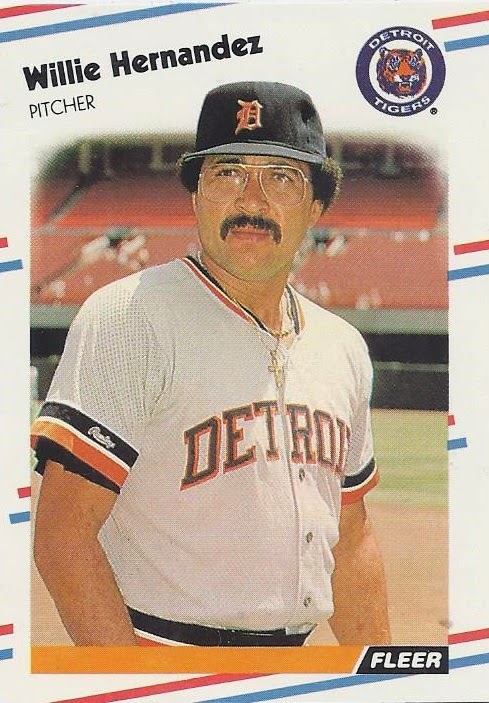 1988 Fleer Glossy Willie Hernandez - WOO-HOO! Another one! Both of whom have Cy Young awards to their name. 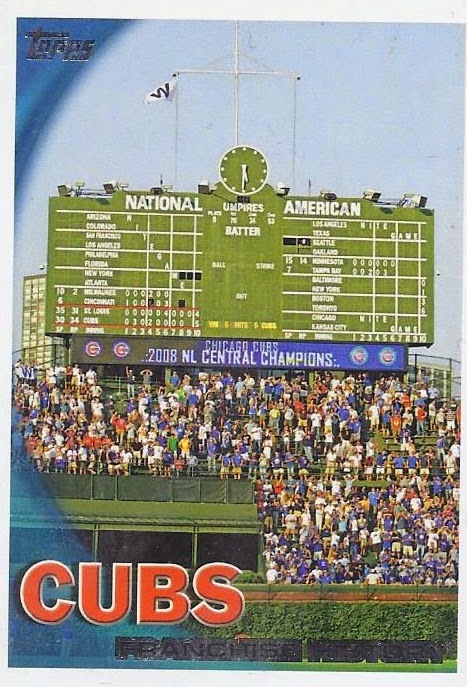 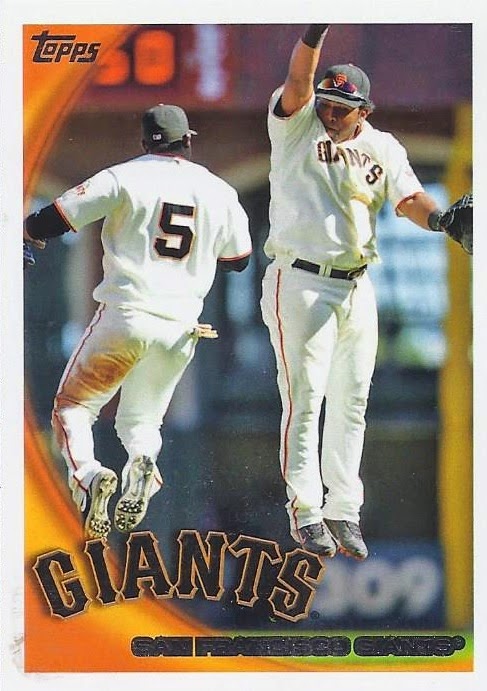 2010 Topps Giants Franchise - Nice photo, but not even close to the Cubs card in terms of awesomeness.
2010 Topps Ian Snell
2010 Topps Joba Chamberlain 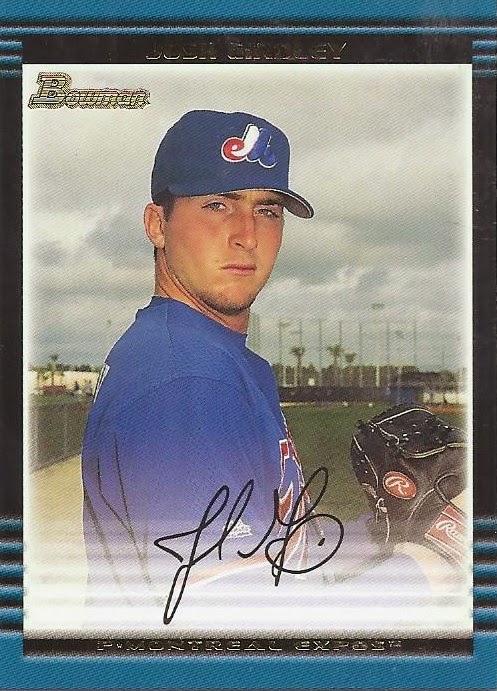 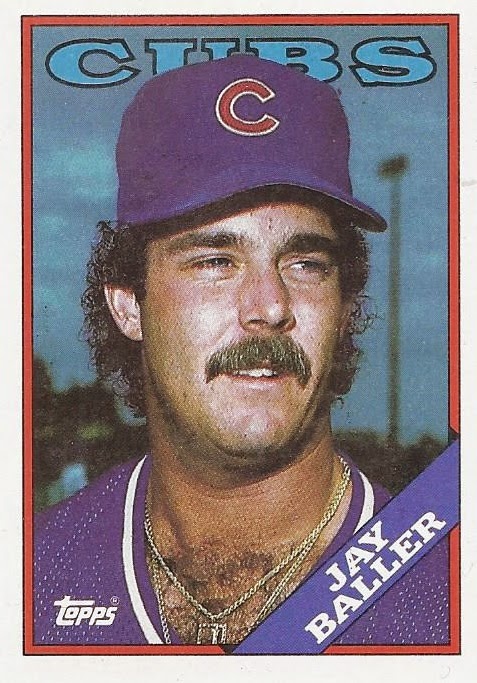 1988 Topps Jay Baller - AWESOME! This is a definite contender for the sleaziest photo in card history. The Topps photographer thinks he's posing for a picture. In reality, Jay is scanning the stands looking for whichever female he's going to try his tasteless pick-up lines on. If Leisure Suit Larry played baseball, he'd look like this. If 3 of the 4 corners weren't noticably dinged, I'd submit this for grading. Even though I'm sure the Jim Moore put me on the Beckett version of the no-fly list. 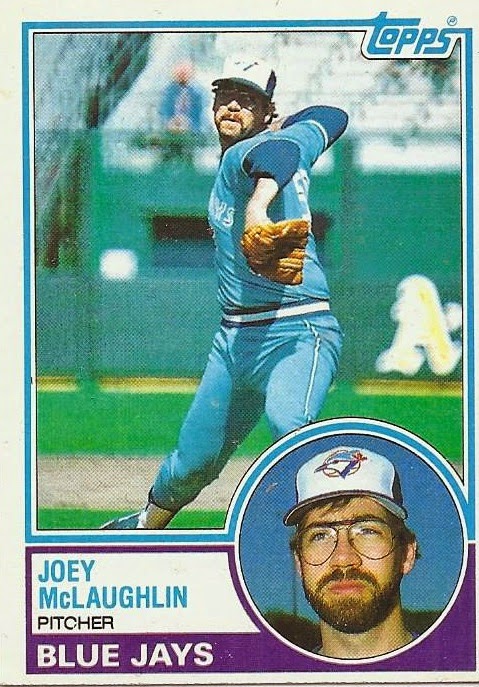 1983 Topps Joey McLaughlin - No card can follow up the Jay Baller, but a Blue Jay card is a nice effort.
1989 Donruss Gary Pettis 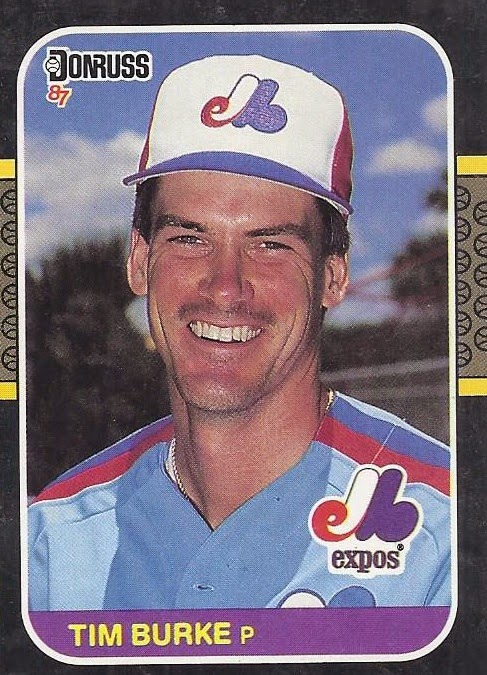 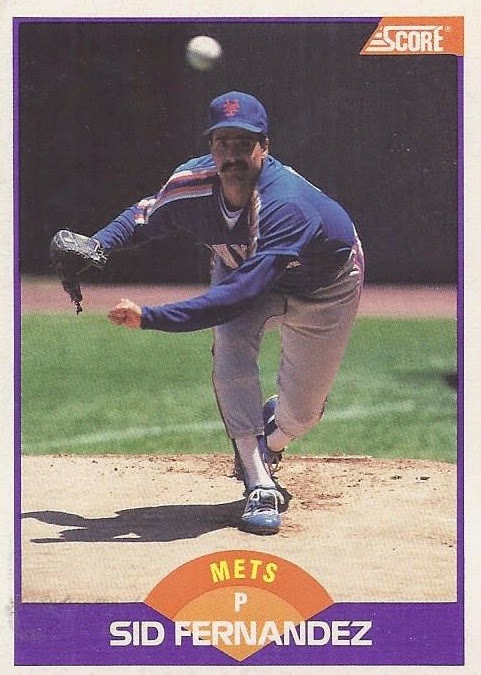 1989 Score Sid Fernandez - El Sid was the only Met in this portion of the repack.
1989 Score Steve Buechele 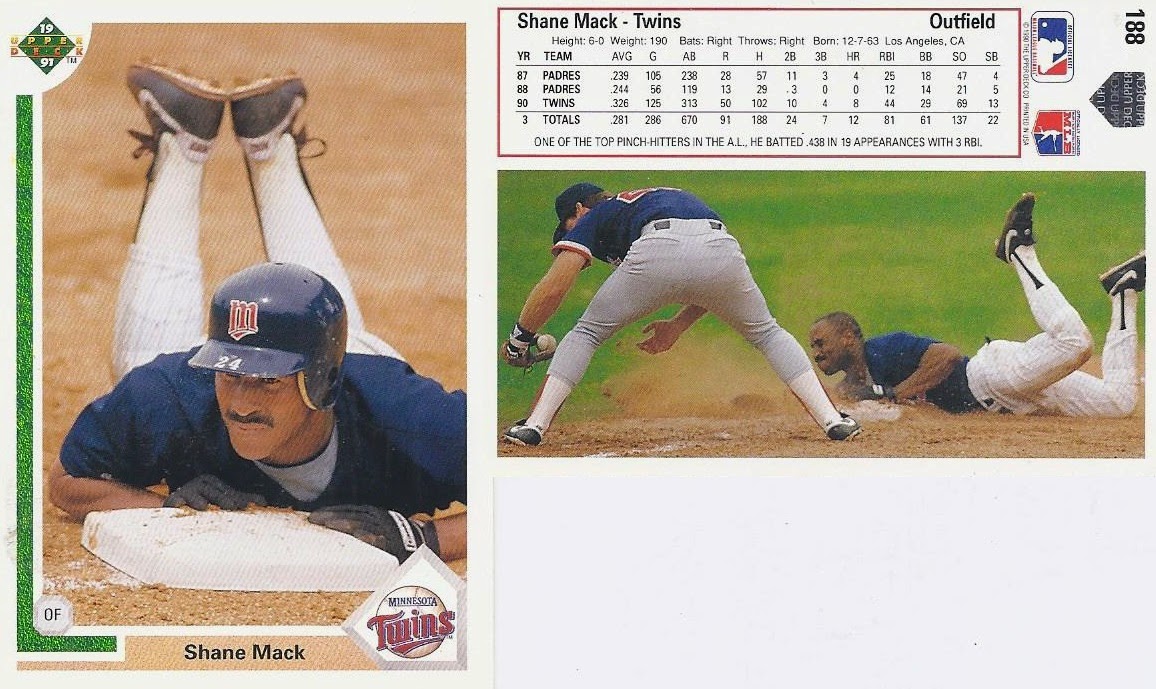 1991 UD Shane Mack - Interesting how both the front and the back of the card has Shane somewhere in the process of a head-first slide. At least I hope that's what was going on. 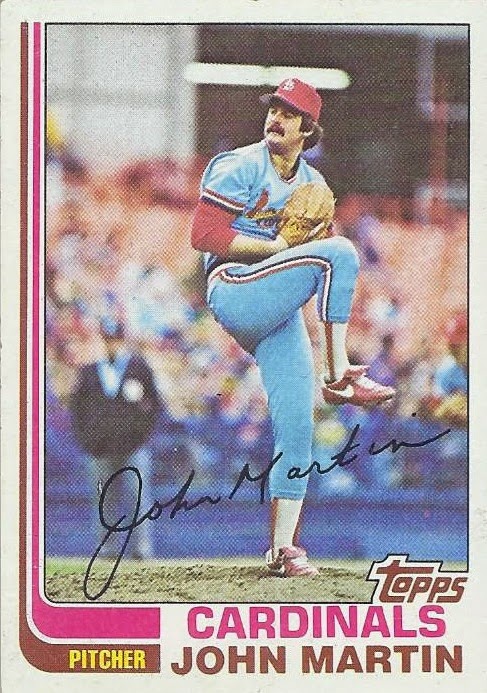 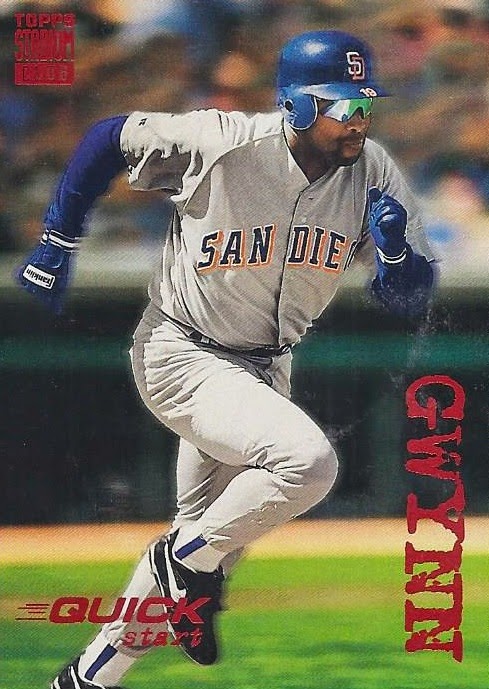 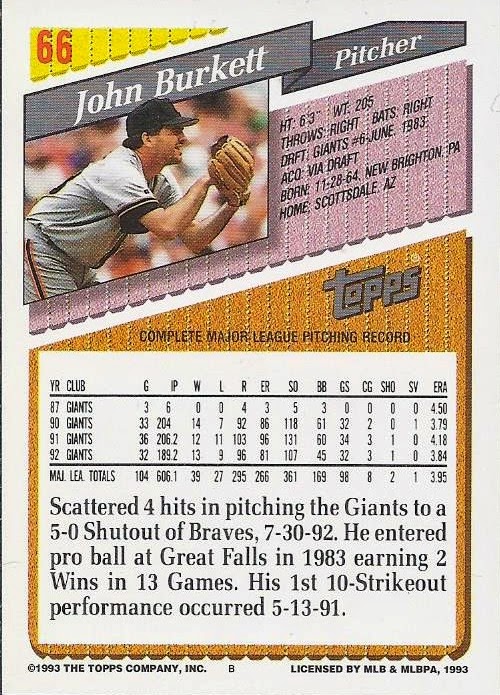 1993 Topps John Burkett - I do find the back far more interesting than the front, as the avid bowler looks like one as he faces the batter. In fact, there are many cards with him in that pose. 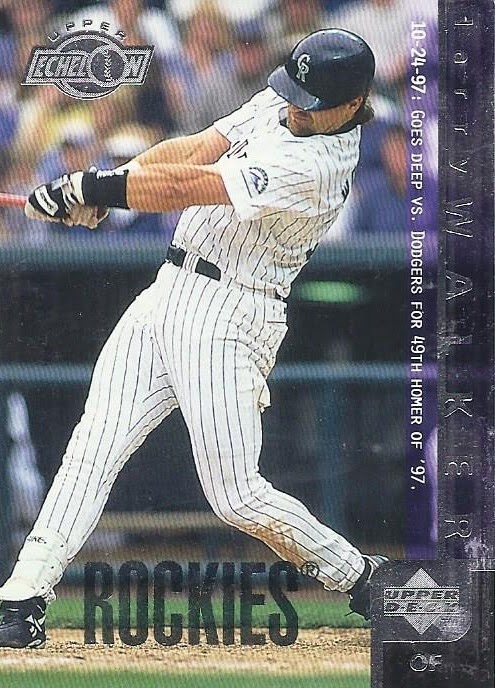 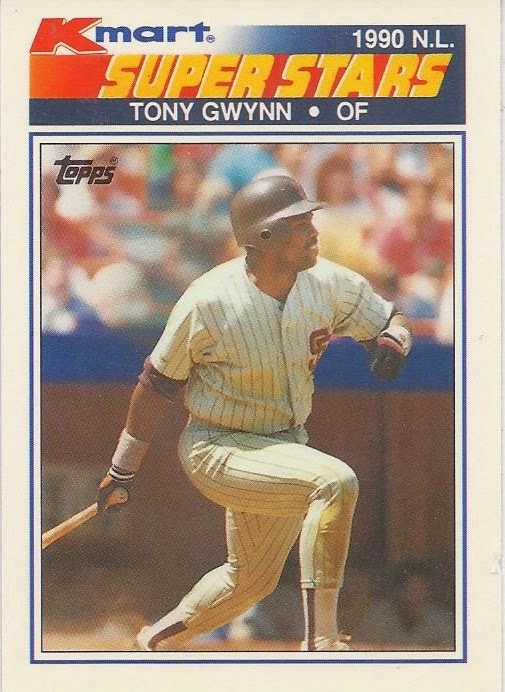 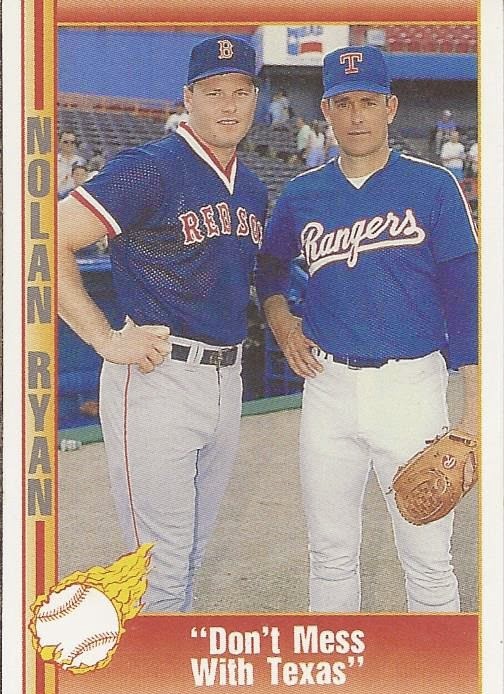 1991 Nolan Ryan - "Don't Mess With Texas." And an interesting oddball to wrap it up.

As happens more frequently than it should, the 50 random cards are many times better than the packs.
Posted by buckstorecards at 15:29