I had a little more money than I expected around, so I decided to get me a nice fresh box of Rookie Anthology. I guess there were advantages to avoiding the flagship and Archives for the most part. In addition, I picked up two single packs. So, 12 packs, I'll do this 3 packs at the time and work through this over the early part of the week. 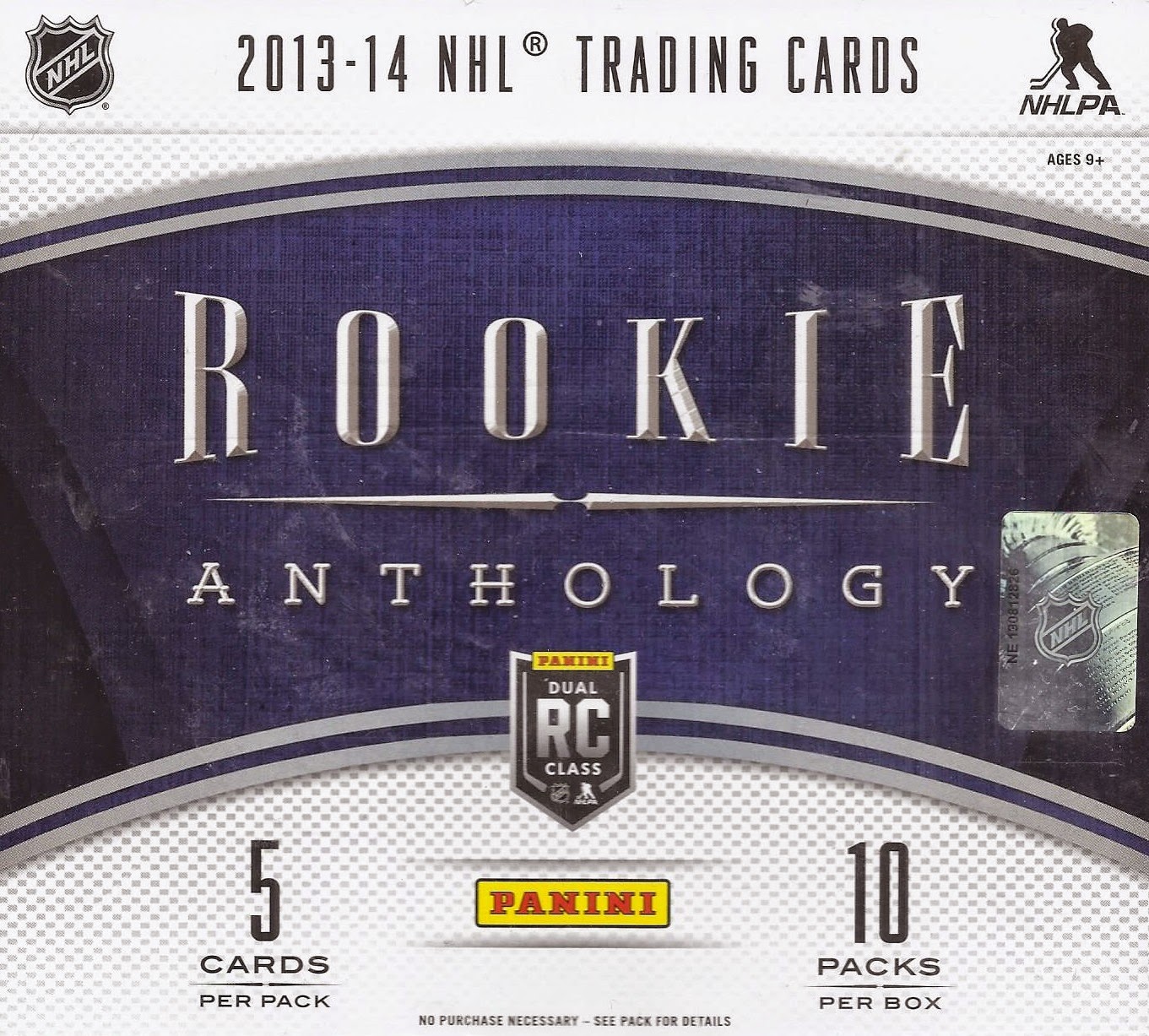 The packs seemed to be of the 3 base cards, then two or three inserts variety. While I didn't do too much set building this year other than Score, I did grab at least a pack or single of pretty much all the products. So, this is nice to complete the year by picking up other cards from those designs. Score inserts were the most frequent. 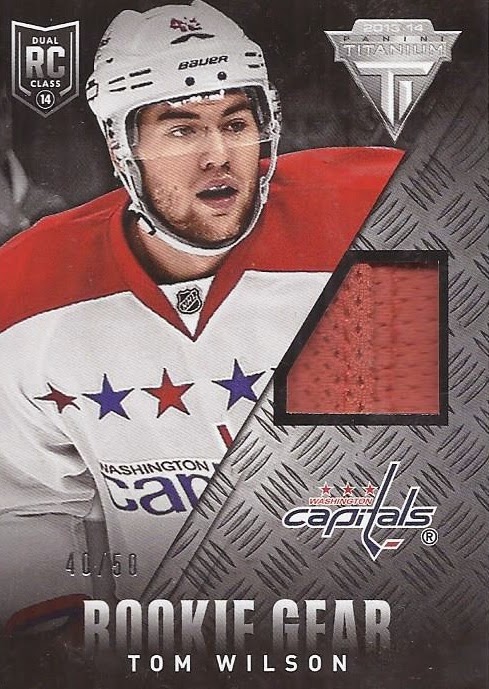 First pack. First hit. It's not a superstar, but it is a really nice thick relic from Tom Wilson. While he didn't register on the scoresheet that often, he did play the full season with the Capitals, and did lead the team in PIM. 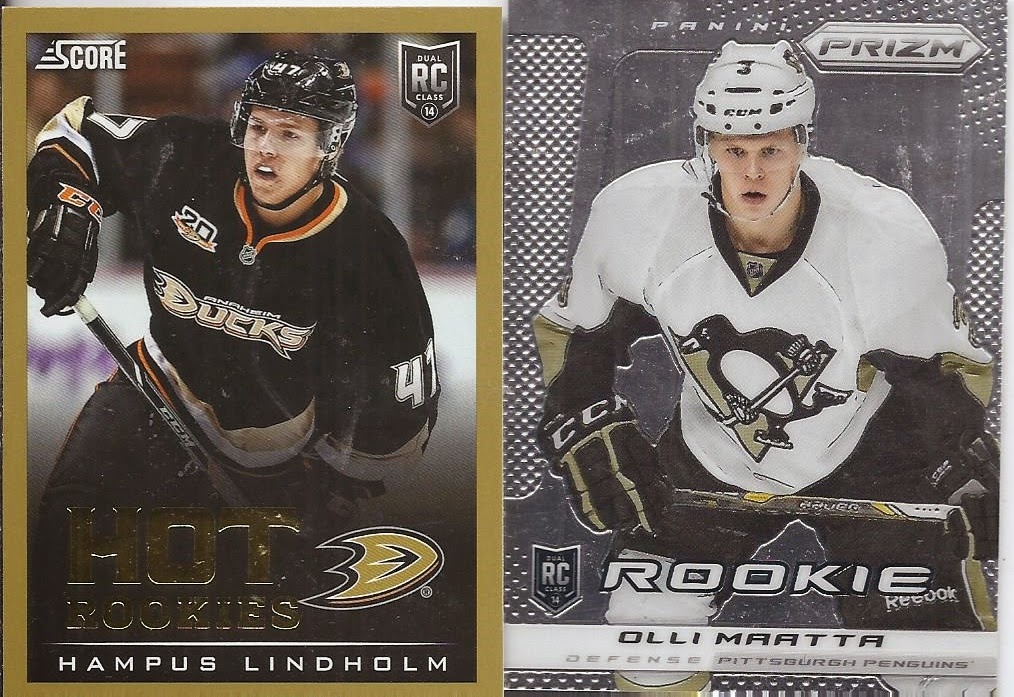 And the base. Pretty typical design for this base set. 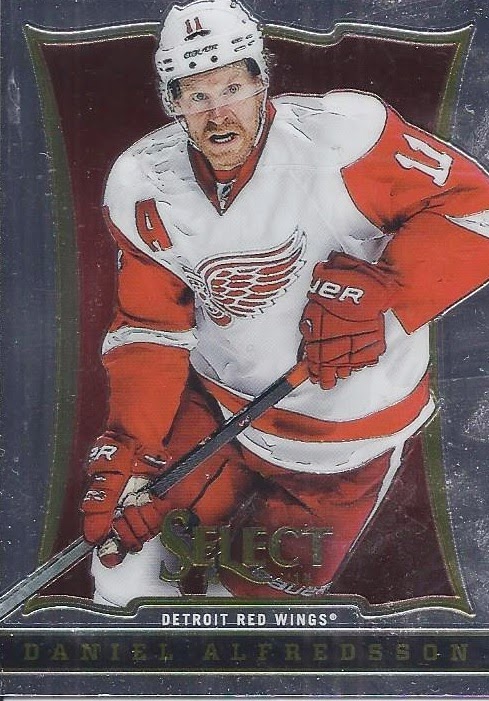 No doubt what the highlight for me in this pack is. Alfredsson has Update cards in Select, Score and Prizm, and I was really happy to add one of them into my binder. 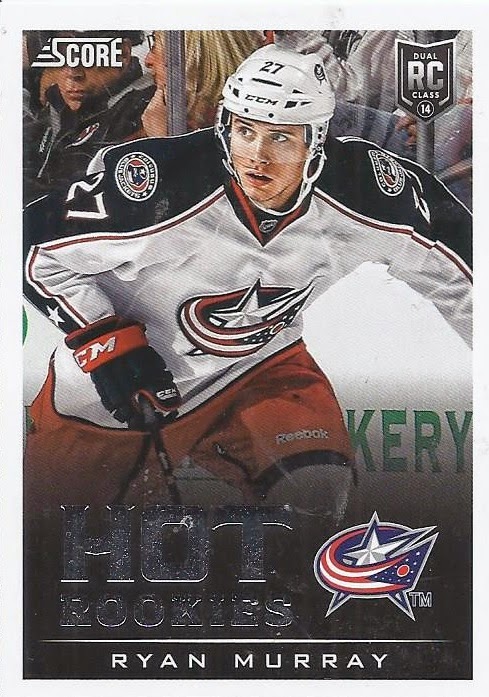 I really don't like Ryan Murray cards that much. If all I see quickly is the name and don't look at anything else, I think I've come across a card of Kitchener Rangers alum Ryan Murphy.

And here's the base. The contrasting colours between jersey and background work really nice with on the Thornton. 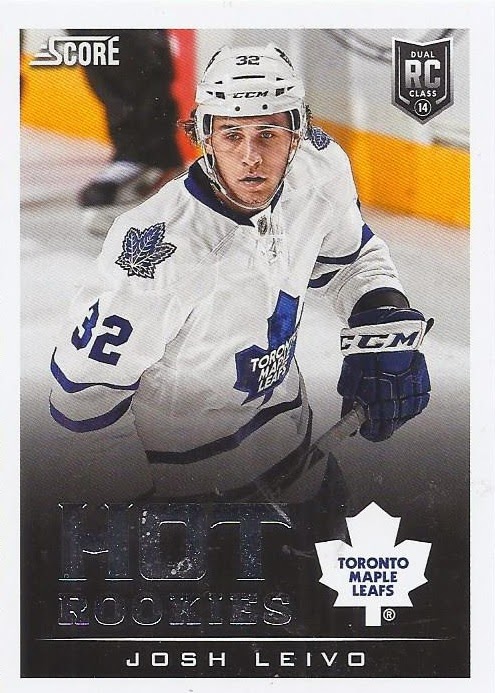 Only one insert in this pack. And it is a Leafs card. Ugh. 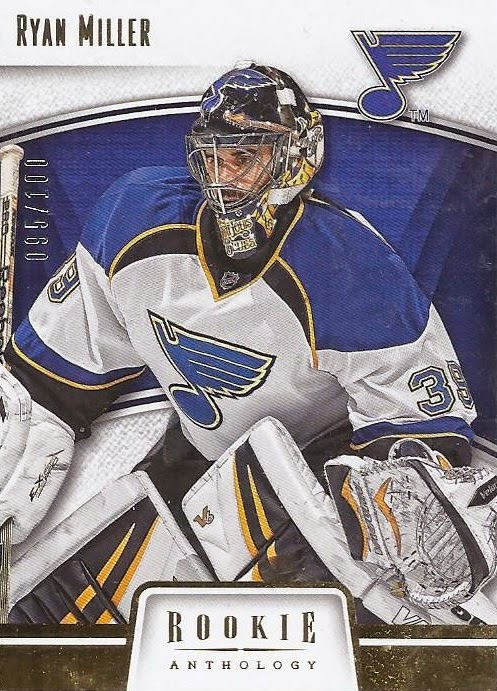 But wait, there's more! I'm not sure how I originally missed this. Perhaps because my thumb was on top of the 095/100, or that I was just looking at the card from the back, but this is a gold parallel from the main set. It features Miller's new Blues mask, so I'll be happy adding this to the masks binder. This pack also had a dummy card in it. Interestingly, of the three packs I busted that contained dummies, they contained either a gold parallel, or an auto. Take that for what its worth, pack searchers.

3 packs down. with each containing a really nice insert.
Posted by buckstorecards at 07:09