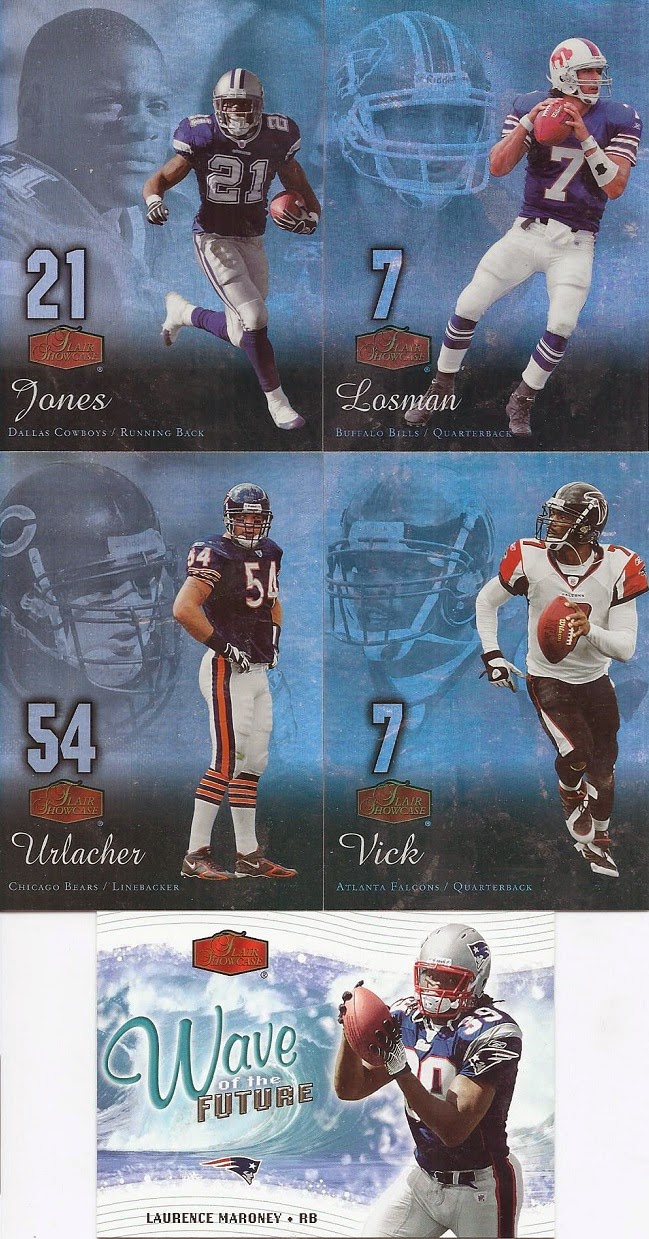 My first Bills card of this repack post, and it is JP Losman. Ouch. Probably the leader in the list of sketchy Bills QBs during the playoff drought. And that's quite the laundry list of misery.

Well, there's a surprise for a retail pack. A hit. I'm not sure what rate these fall at for retail, but I'll gladly take an auto from a retail repack. I'm guessing this is an early one, as his penmanship went downhill as 2012 went along. A bonus with a pair of cards of a future Bill in Stephen Gilmore. 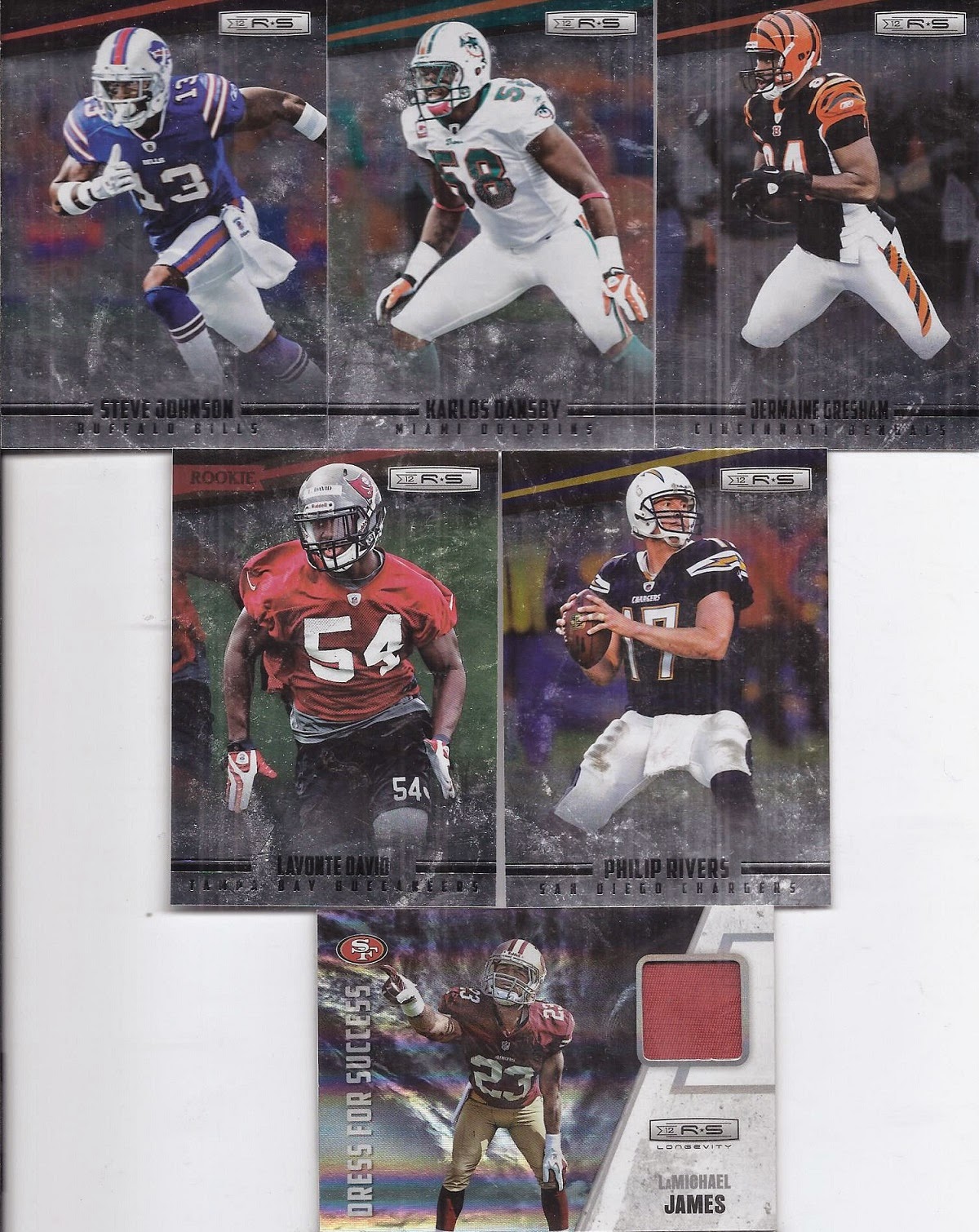 2 hits in the same repack? Mind-blowing. As best I can tell, Longevity was a product released separately from regular R&S, with 10 pack boxes containing 4 hits. And after watching a few box breaks, the hits were very obvious as coming from thick packs. So, I should be very surprised that an obvious hit-containing pack was in there. The relic is supposedly prime, and while it is one colour, it does have the feel of something that might come from the inside of a number.

I'm generally not too crazy about Sage's unlicensed stuff, but I do like the visible scoreboard in the Rodgers card. Other than that, it's pretty blah.

And this grouping doesn't even have an interesting photo. I guess the weight room shot is the best of a bad lot. Not the best way to end this repack, but I'll go out on a bland note when I grab a nice clear auto an a low numbered relic out of the rest.
Posted by buckstorecards at 16:00