I had so much fun with the group breaks of Chronicles, why not do a box on my own? I'm not going to highlight every card, but will be sure to show off the hits, numbered cards, and shininess. 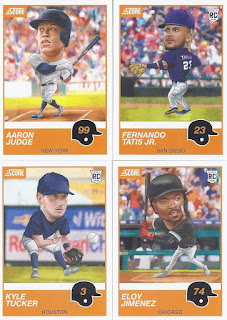 But one thing I won't be slagging off on showing is the big head Score inserts. I'm not a big fan of the Aaron Judge one - he looks some hesitant on his. The others are perfectly fine, though. 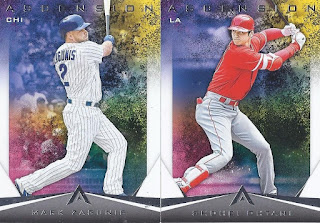 Ascension, and is colourful backgrounds, became another one of my favourites in the release. 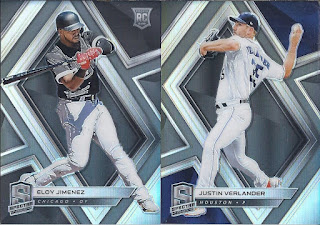 The only other cards in the box that I'll show off multiple base cards of are the Spectra base cards. They're considered to be the pack hits in the packs that don't have actual hits. 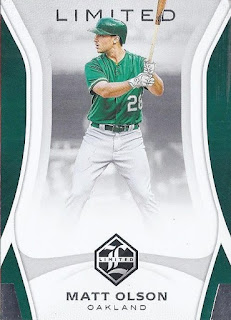 I like the green sorta borders on the Limited. Probably because it would only make an appearance on Oakland cards. 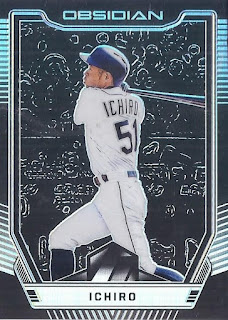 I'm not sure if Ichiro is the only retired player in the product, but there really aren't a lot. 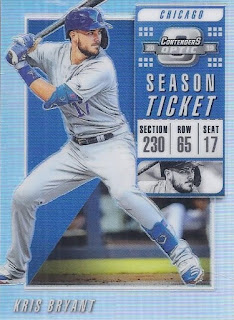 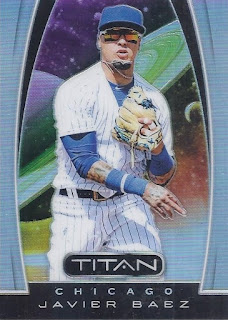 The unnumbered shininess was Cubs intensive. 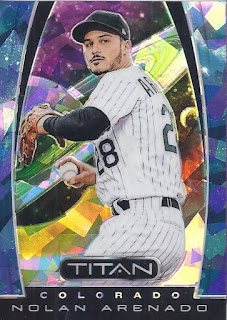 Here's the last of Titan cards, more accurately, this is a Blue Ice parallel, and it is out of /99. 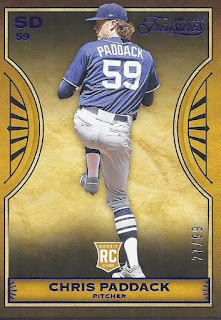 And another /99 parallel, blue without the ice, provides the only Timeless Treasures content in the box. 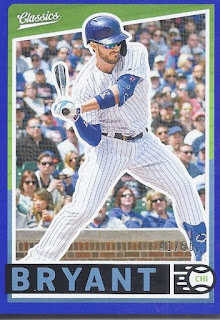 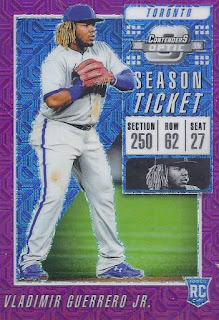 And the final numbered parallel isn't blue, but a Blue Jay. If I'm going to rank a card from the box as being the most valuable, this one probably surpasses the actual hits, at least locally. Technically, this is a Mojo Purple /75. 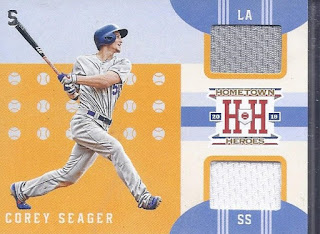 I'll start the hits with a couple swatches that will probably wing their way to Night Owl at some point. I'll repeat my complaint that Hometown Heroes should be for autographs from players who don't have a lot on the market, as opposed to swatches. 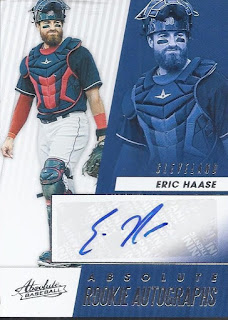 The first auto? I had no idea who this player was. He's played in a handful of MLB games over the past few seasons. At least the photo doesn't show the lack of MLB logos. 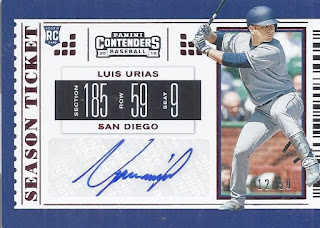 But I've heard of this Padres prospect. And the last hit? 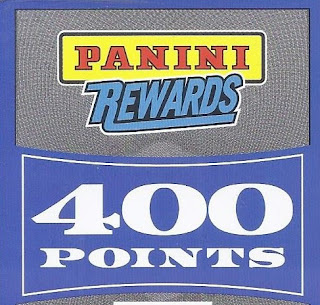 But it was still a fun break.
Posted by buckstorecards at 07:43