It is the perfect time to show off the results from my latest attempt at the never ending set build of 2016's flagship set and the goodies from a hanger box of Series 2. 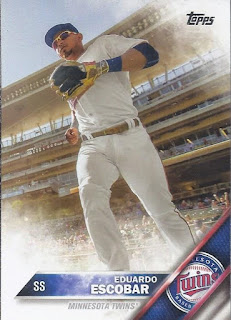 I was able to knock 20 cards off my wantlist for S2, which is a pretty good performance when you needed less than 60 to complete it. Best photo easily goes to this Escobar, where the stadium is also a star. The smoke effect helps here, as it makes it seem like a flashy entrance to a championship fight. 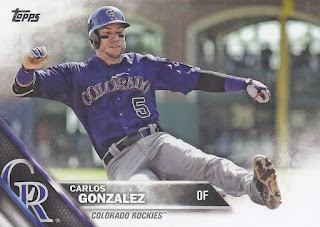 Honourable mention to this sliding card of Cargo. I really like how the foot extends into the lower smoke portion of the card. 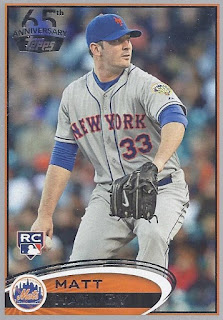 The only Mets content was this insert. It is a reprint from the 65th Anniversary insert set. 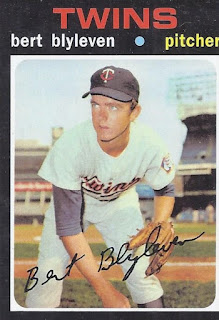 This Berger's Best was not a mis-cut. I just hosed up on the cropping of the scan. 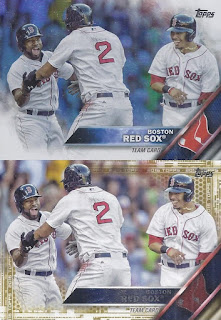 Collation issues! I landed both the rainbow parallel and the gold parallel of the Red Sox team card. And, appropriately, I still need the base card. Because reasons. 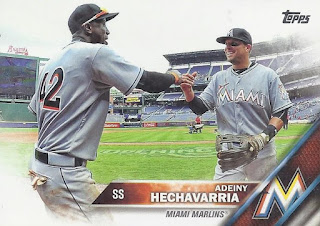 And the best card of the box was this one. This was my first Jackie Robinson jersey variation. Nice to land a definite keeper from this, and an interesting one as well!

And there's some cards from last year. Hopefully, I can be busting something, anything 2017 related within a week.
Posted by buckstorecards at 09:07