Pushing past the halfway mark, with an outside chance at this box being finished by spring. 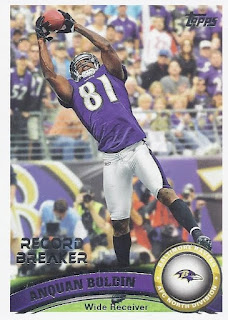 Anquan Boldin - Much like with baseball, these cards with the Record Breaker/Highlight base cards are also checklist cards. The record in question this time is Boldin getting the quickest 600 receptions.
Redskins Team
Terrell Owens 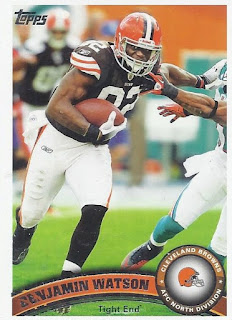 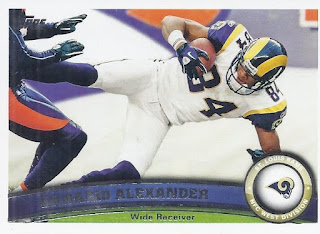 Danario Alexander - Looking more like he's kicking his opponent in the gut. 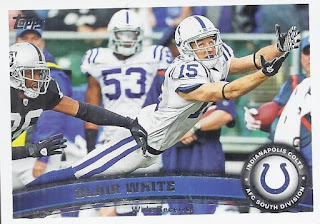 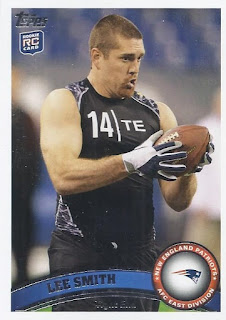 Lee Smith - How many of you knew there was a football player named Lee Smith? He never played for the Pats, but did spend 4 years in Buffalo and is now in Oakland. 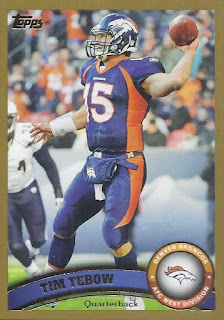 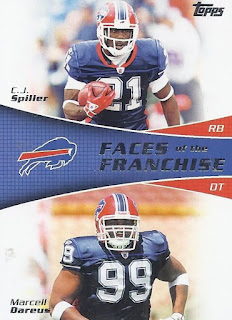 CJ Spiller/Marcell Dareus - I pass the halfway point of these with the third player of the 12 on this subset still with the team.
Sam Bradford - Game Day 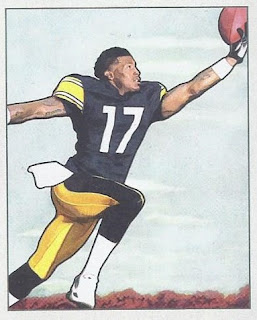 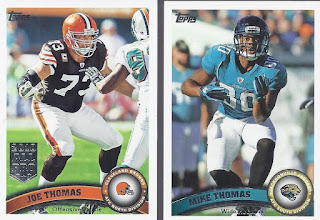 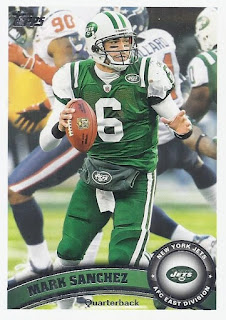 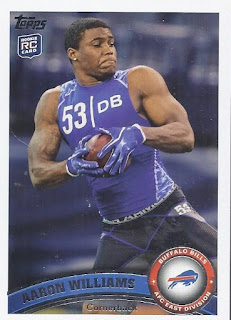 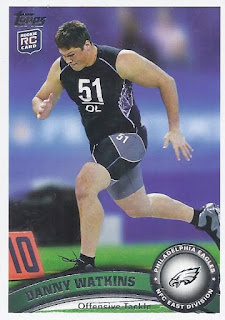 Danny Watkins - And ending on some CanCon.

Nothing too major here, just continuing to hammer away on the base set.
Posted by buckstorecards at 06:45