Another pack of this box. 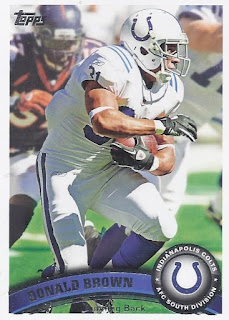 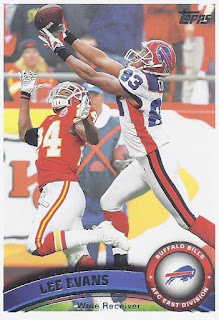 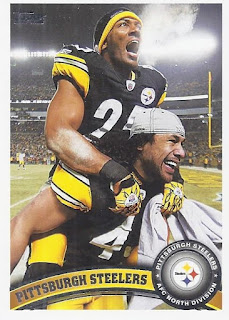 Steelers Team - Why is this not either Ryan Clark or Troy Polamalu's base card? This photo is spectacular! 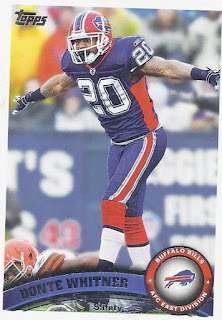 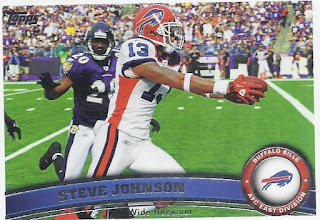 Steve Johnson - All set for a crucial fumble. 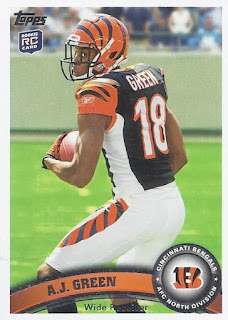 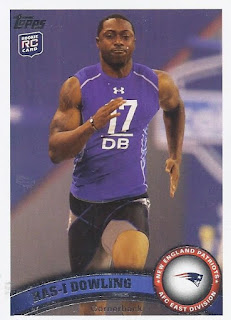 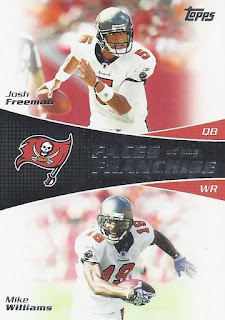 Josh Freeman/Mike Williams - Faces of the Franchise - 2/10 overall for the FotF still being with the team upon busting the box.
Brandon Lloyd - Game Day 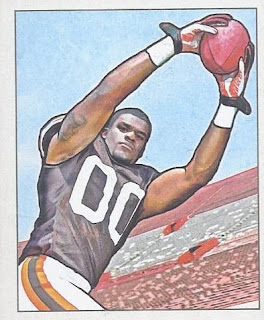 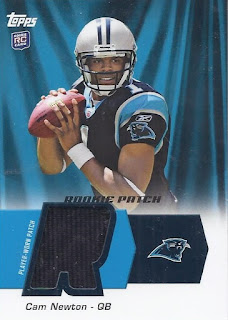 Cam Newton - Rookie Patch - That's the one you want to be getting from this subset. Only a fraction of the card really qualifies as a patch (there's a tiny hint of blue in the upper corner) but I'm still happy to land this as the promised relic. 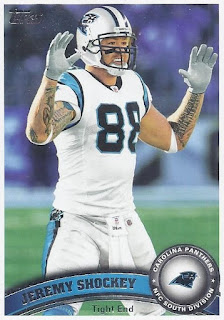 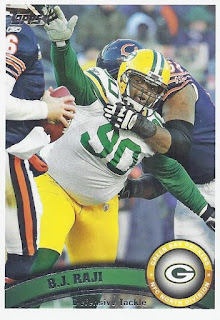 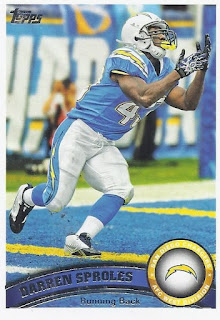 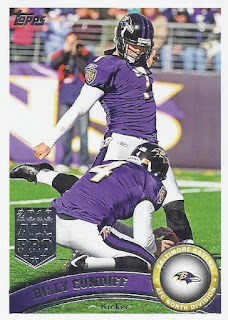 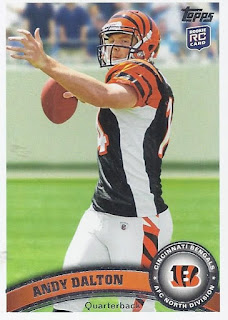 Andy Dalton - And a decent rookie to end this on.

Not the most interesting pack in terms of base cards, but it was nice to knock the two big Bengals rookies off the wantlist for the set build, and the patch was the one you wanted to pull. Halfway through the box!
Posted by buckstorecards at 09:04