Before a day or two of random cards from the show, it is time to show off some additions to my various PCs that just weren't voluminous enough for a single post per PC. 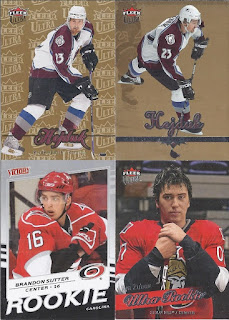 With 2/14 a week away, I'll lead off with additions to the binder. 2 parallels, a SPd Ultra Rookie and an inserted update rookie card get welcomed to the binder here. That makes 132 Hejduks, 53 Sutters and 13 Zubovs in the collection. 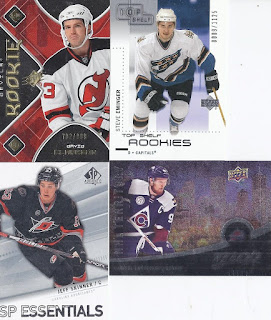 While many of the numbered cards I picked will be heading to $30aWH's SNI at some point, the two up top there will be sticking around. Both Clarkson and Eminger were part of the 2003 Memorial Cup winning team, and it is nice to add a pair of their numbered rookie cards to the collection. The others are more recent alum, and the Landeskog has the bonus of the 1993 Leaf-ish cityscape to go with an alternate uniform. 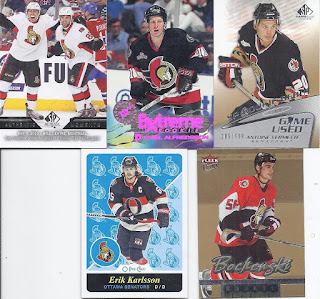 Miscellaneous Sens! I should mention that in hand, that Alfredsson is not nearly as garish (or Extreme) as it appears in the scan. Those two playoff goals mentioned on that card were enough to make Conacher one of the more hyped rookies heading into the Double Rookie Class season. He didn't quite live up to expectations. The Karlsson features one of my favourite designs for the OPC retro parallels. 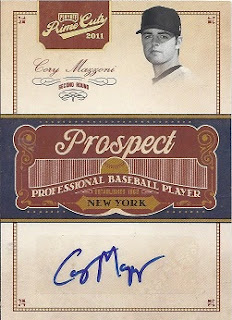 And just like yesterday, ending with a non-quarter bin card. Cory was traded to San Diego before he had a chance to play for the Mets. He pitched several games for the Padres in 2015 (with an ERA over 20), and didn't see the majors last year.

And there you have it!
Posted by buckstorecards at 06:57