For the 4th straight year, I use my 2/14 post for a top 10 list involving cards in my 2/14 collection. And I use the theme of it being a top 10 of cards in my collection that were released over the past year, with no players being repeated. The lack of repetition is there to keep 5 Derek Norris cards from being part of the countdown. 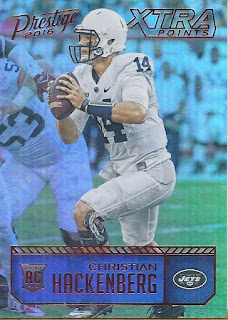 #10. While he didn't see any action except for clipboard holding in 2016, I should honour one of the people to make their cardboard debut this year. Here he is in a shiny, but unnumbered card from Prestige. I really like how they went for full bleed on the photos this year, and probably would have built this set had the rookie portion not been SPd. 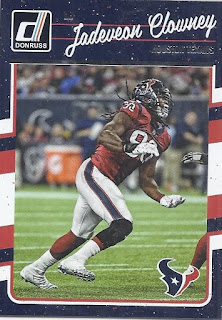 #9. And the set I tried to build, only to tap out and but a factory set. Again, it was the SPd rookies that were too much for me, combined with my inability to land either of the two big Cowboys cards. I had to squeeze one card in from my favourite design of the past year, and this is the one. 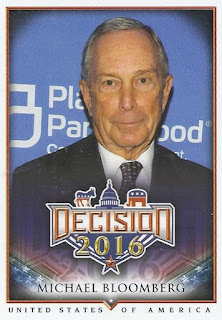 #8. I sent out the bat-signal on this one, with his cards only being available on ebay with insane shipping costs to Canada. Shoebox Legends' Shane came through with this card. 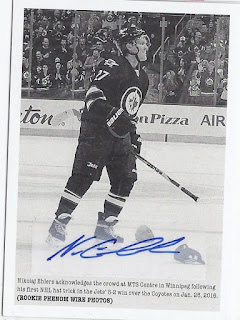 #7. The only hit of the countdown. Had this been on-card, it might have been #1. Still, this was my first, and still only autograph of Ehlers. 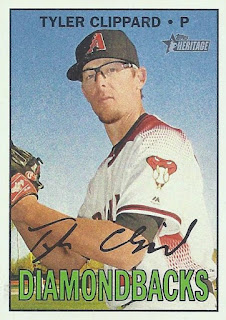 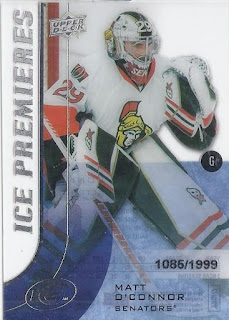 #5. The only thing better than finding out there's a new candidate for the collection is finding out he plays for one of the teams you cheer on. While I did get a hit of Matt in the binder, it is a sticker AHL card, so I put this acetate one in its place. The one game he played to earn this NHL card remains his lone appearance in the league, but he is still in the AHL. 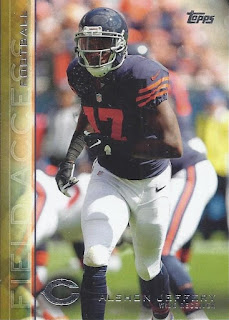 #4. Probably a bit higher than it should be, but it has a couple things going for it. A throwback uniform, a numbered parallel (/99), and being pack-pulled. This, along with the Clowney, are the only ones in this countdown I personally pulled from a pack. 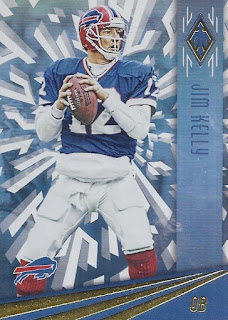 #3. You knew Jim Kelly would have to make an appearance at some point. I could have return to Donruss for this, or Elite, or Classics, but opted instead for the gaudiest card I could. This is from 2016 Phoenix. 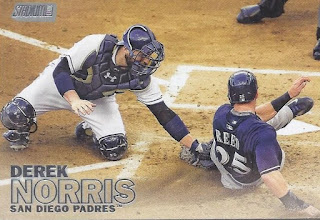 #2. Deciding which Derek Norris card to use in this was tough. He had a celebration photo from Opening Day, and his flagship card featured an earlier photo from this exact same play. Still, full-bleed gives this one the edge. 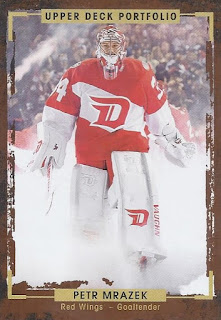 #1. An alternate uniform, with matching pads combined with a smoke machine enhanced entrance for an outdoor game. Seems like a perfect choice for the final spot.

And now, the countdown begins for the 2018 list. S2 of UD drops tomorrow, so that will give Ehlers and Mrazek and early chance for next season.
Posted by buckstorecards at 05:07