After making its return as bonus cards in retail boxes of 2015 and 2016 Series 1, Parkhurst is on its own as a retail exclusive in a 2016-17 release. At least I'll assume it is exclusive, as I haven't seen them anyplace else other than Walmart. 30 cards in a rack pack. 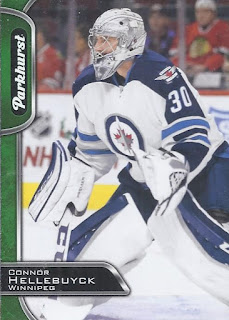 Here's the base design. Pretty crisp look. The photographs are reminiscent of OPC with the ice-level shots, just on the glossier card stock as opposed to the current. 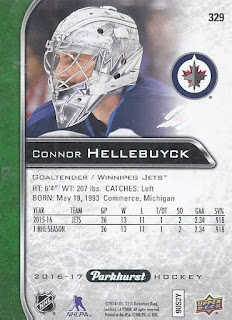 Re-used photo on the back. You can't see it here, but the stats for more veteran players are truncated to 4 years worth. 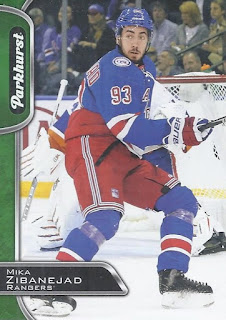 Players traded during the off-season make their debut in new uniforms in this set. This was the only one of a traded player I got in this pack. 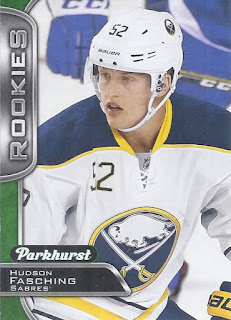 Just slight changes for the rookies with their design. The plus is that these do not appear to be short-printed. The negative is that these all use the exact same style of photo. Hope you like the last 60 or so cards in the set being entirely above-the-waist pictures. 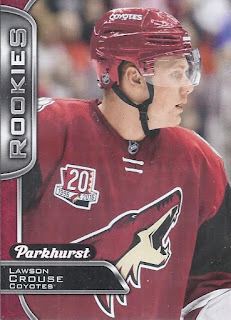 For a set builder type set, the parallels are a bit overdone. These fall at a rate of 4 per pack. I'm opting to show this one for the 20th anniversary Coyotes patch. 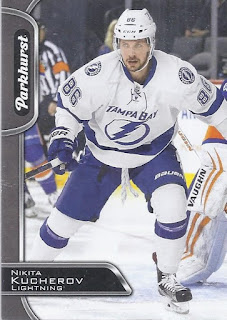 The gray parallels far at a far more reasonable 1 per pack. 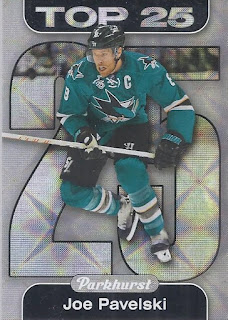 These inserts fall at 1 per pack. And boy, the 25 portion of the card is really loud in person. 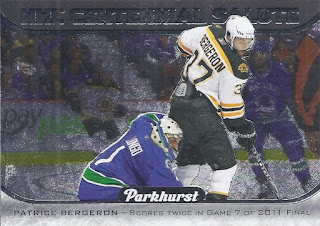 These are pretty nice, though. With UD upscaling Black Diamond, there really aren't too many lower end cards that utilize the etched look. So, there's the insert set (1:3) for the centennial season that do that while saluting moments in the game's history. This was easily my favourite card in the pack, although not really getting anything that hit my PCs probably moved it up.

And there you have it.
Posted by buckstorecards at 09:45