The Two-Step means a 15-card hanger pack and a Surprise Bag. Let's see everything! 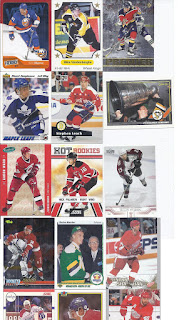 Starting with the 15, which saw me cut off the bottom 3 through cropping incompetence. That's a Kevin Hatcher, Stephan LeBeau and a Henrik Zetterberg on the bottom. I grabbed this one because a parallel was visible in the Okposo, but this really got interesting with some of the middle cards. There's a great and appropriate appearance of Stanley on the Penguins team card, an Aaron Ward for a Wolverines collector, and a Milan Hejduk for the 2/14 collection. This is the second time in two consecutive repack posts where that happened with a Hejduk. 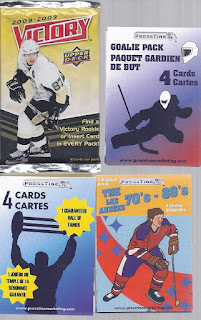 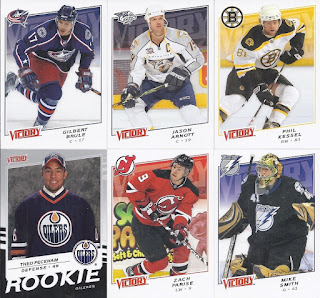 I'd already put this base set together, so I was hoping for a new insert card. Alas, that didn't happen. 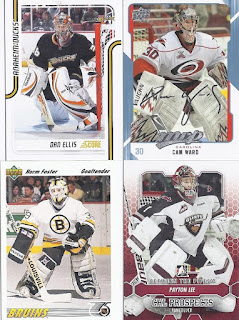 Some mask binder content in the goalie repack. The more obscure the player, the better, so Payton Lee is the big winner here. He's still in the WHL with the Kootenay Ice, and is undrafted at this point. 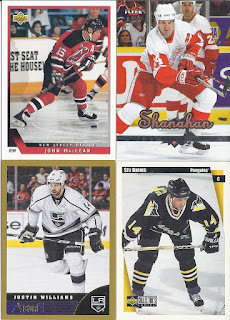 And the HOF pack ends it. These are usually some early 90s base card, so getting something outside that era is nice with the Shanahan. And there's a gold parallel as well.