Ahead of the Game

Since I'll probably be tripping over discarded hobby packs/boxes at the Expo, I figured I'd do my duty as a Canadian and avoid the rush by busting a pack beforehand. 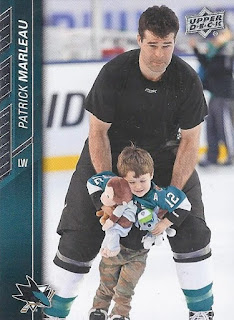 Patrick Marleau! A nice appearance of your typical UD photography to start this off, with a non-standard photo choice. I'm assuming that is one of Marleau's sons. There might be a little to much border at the side, but I do like the full-bleed the rest of the way. And the border will likely not obscure the puck being at the side as opposed to the bottom. 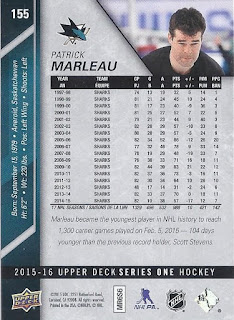 The backs are typical for this set. Re used photo and full stats. 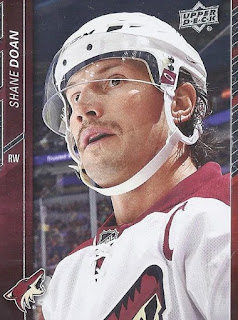 The second will be really popular among people who have always wanted to look up Shane Doan's nostrils. I assume there are at least 3 message boards out there devoted to this already. 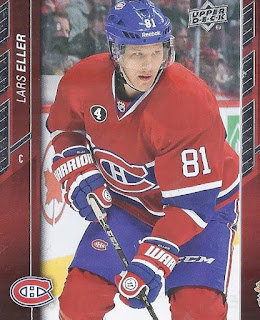 The most generic of the photos so far, but you get a nice look at the Beliveau memorial patch. 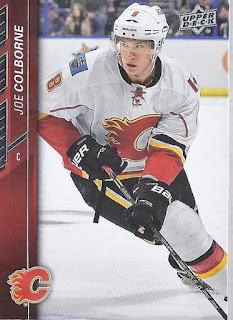 And now, the card everybody wants.

From the Edmonton Oilers. 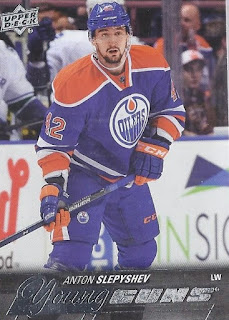 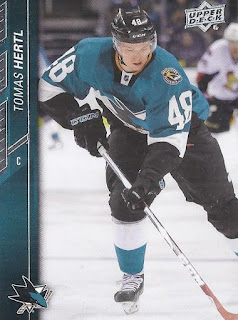 Senators content! In the background at least. This is from the California road trip last season that launched Hamburglar-mania in Ottawa. 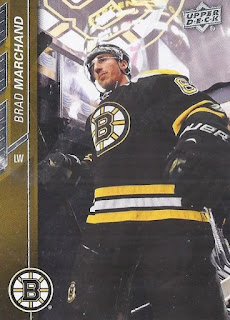 Another great photo, especially with the Bruins logo in the sky as Marchand enters. 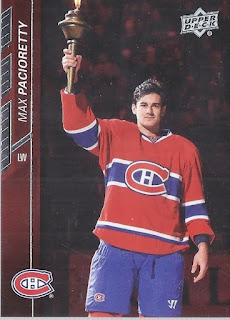 Every year there seems to be at least one card that gives the Canadiens torch ceremony a cardboard appearance. This year, it is Max Pacioretty. Obviously, this is not a photo from early this season, as Max had yet to be awarded the captaincy in this shot.

And there you have it. I've done my job in showing off the new product, and can mostly avoid the product at the show as best I can. Except for Sens singles.
Posted by buckstorecards at 04:01