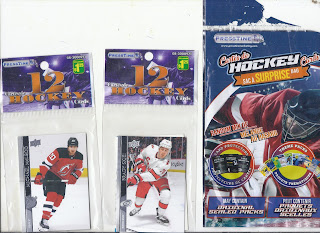 A three pack of repacks today, as I feel like scanning a lot of cards! 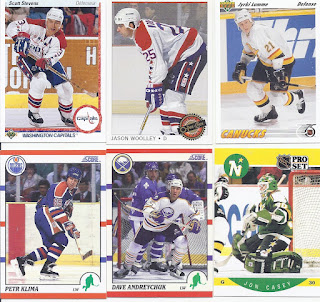 I'll go left-to-right through them, starting with what was behind the McLeod. Both of the 12 card repacks actually held 13 cards, so YAY! That's a very, very nice start as well, as that French variation of Scott Stevens is new to my Kitchener Rangers alum collection. A PC need is always a nice little surprise in a junk wax grouping. 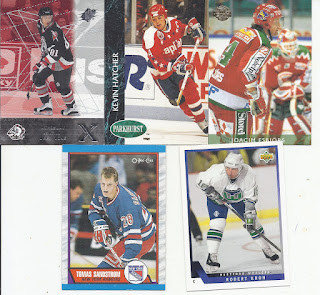 That PC hit is nice, but getting a completely obscure card is even better. So, my favourite in the first repack is that Esbjors card. A quick trip to COMC showed me that this is from 1995 Leaf Elit Set. That even overshadows a Satan appearance! 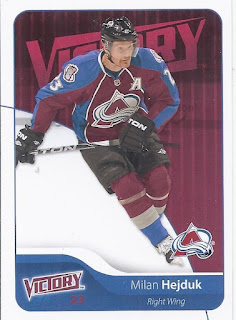 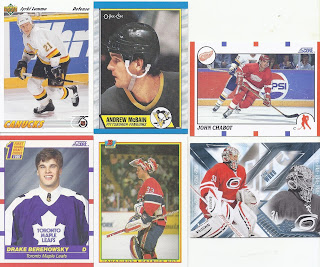 Behind Skjei, it becomes likely that there were a lot of Lumme cards around repack HQ. We get a classic airbrush special, as a Jets uniform becomes a logo-less Penguins one. Despite the presence of 1990 Bowman, it gets dwarfed by the 1990 Score content in these 4-1. Even if it occasionally meant there were some hideous sets, I still miss SPX as a mid-level set with lots of base cards. 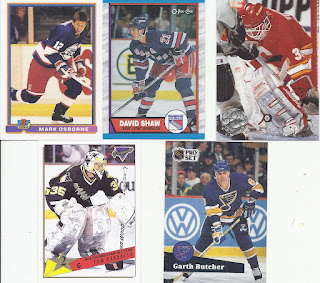 Another Kitchener alum with David Shaw continuing the Ranger ways. 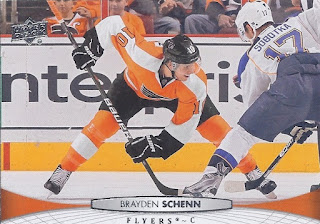 Best photo among the hanger repacks easily goes to this face-off photo. Always nice and intense. 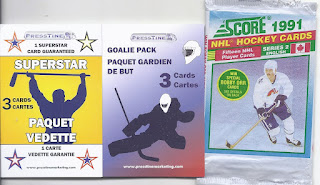 Only 3 items in the bag, but we'll see what it contains.

I hope they didn't mean a current superstar in that pack, since Neely is the biggest name in this portion, and it really isn't close. Yandle was a perfectly fine player, but, no.

All three of these would qualify for the mask binder, but only the Talbot isn't a dupe. 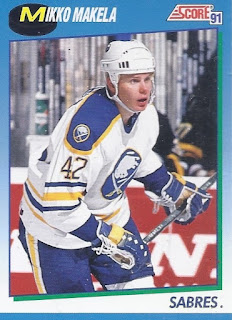 And the Score pack was also incredibly dull. I'm just showing off Mikko Makela's card because his name is fun to say out loud.
I should have just picked up another hanger pack.
But there you have it!
Posted by buckstorecards at 07:41