Even More From Series 1 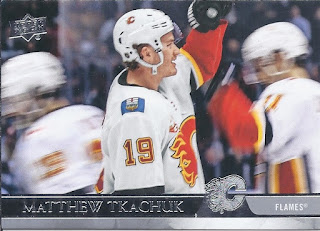 Starting off, here's my favourite base card photo from Box #2 that wasn't in Box #1. The blurry players in the background is really unique for a base card. 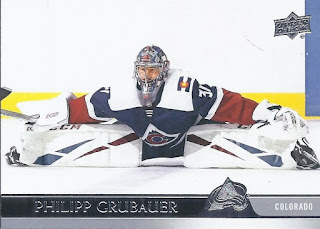 UD really made perfect usage of a horizontal format for this base card. 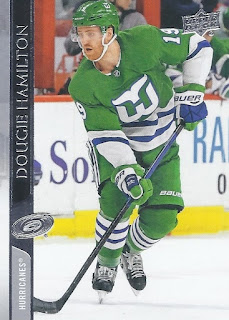 For the second straight year, Dougie Hamilton appears on his base card in the Whalers throwbacks. And this is probably the best look at them so far. 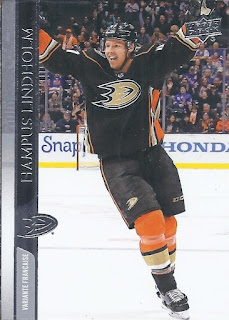 My only other parallel in the boxes was this one. It is a little hard to see here, but where the team's name should be, it reads "Variante Francaise" 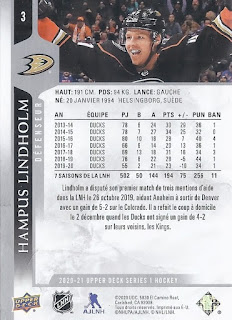 Sadly, the team name doesn't change on the back, but much of the other text does, so I'll forgive that this card is for Les Canards. 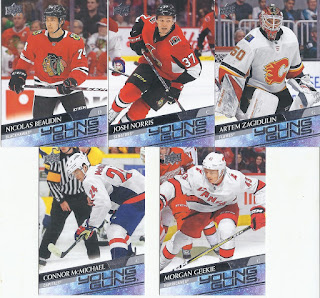 Only 5 of the supposed 6 Young Guns in the box, but at least one was the Josh Norris. And there's more Senators goodness to come. And yes, Morgan Geekie's name is pronounced exactly the way you think it is. 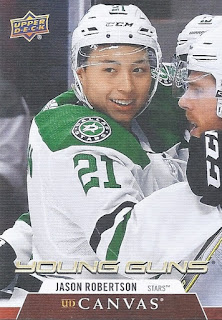 The Canvas YG cards aren't supposed to count against the total, but here's one anyhow. 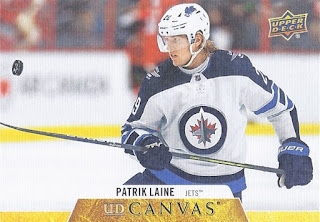 Great photo on the front of the Laine Canvas. 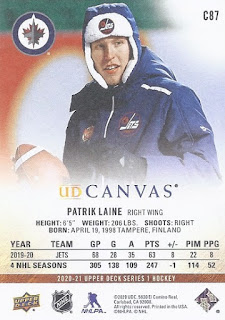 Great photo on the back as well. And, even more importantly, he's using the proper football for Canada, especially for an outdoor game from Regina. 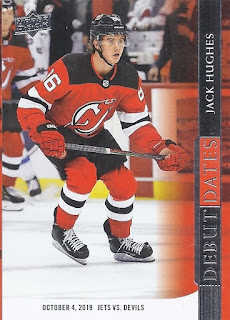 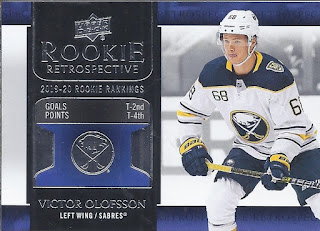 A couple second year insert cards made their first appearance here. Nothing too notable about these. 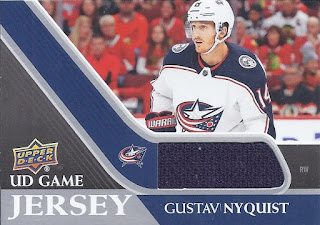 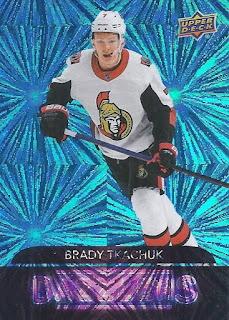 Here's the second notable Sens card from the box, with a nice shiny Brady Tkachuk. 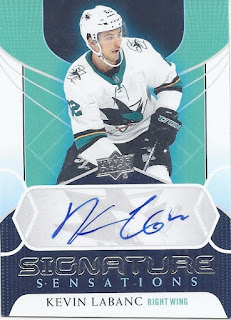 This box provided not one, but two case hits. I've never pulled a Signature Sensations prior to this, so this was a really nice surprise to find. And it is a still relevant player as well, from a insert set that can get sticker dump-y at times. 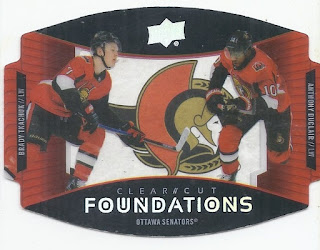 Let's throw in one more case hit for good measure! There's one of these for every team, so my luck on both:
A) Landing one in the first place
B) It being for my favourite team
makes this a really great pull. Mind you, Duclair was not re-signed by Ottawa, so it isn't exactly up-to-date, but that's a pretty mild complaint.
One box left!
Posted by buckstorecards at 15:45