For the life of me, I can't recall where I read it, but someone noted that you could add repacks to your order from baseballcardstore.ca. So I added a couple of those to my order as well. I'll go through them by combining both repacks for the recap, and seeing which of the two was more interesting. 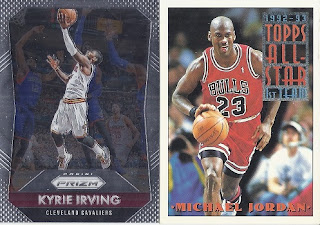 It would take a rather special card to defeat any Jordan, and Kyrie isn't going to do it. 0-1 for the second repack. 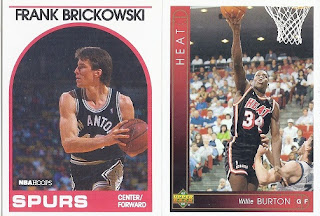 Nothing too interesting among the second card. I guess I'll give it the Burton based on being a better action photo, but neither card is really noteworthy on its own. 0-2. 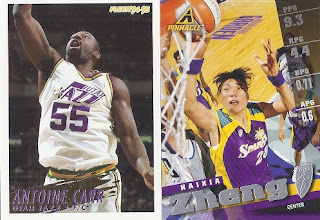 Very similar photos, but the uniqueness of a WNBA card will always give it an advantage. 0-3 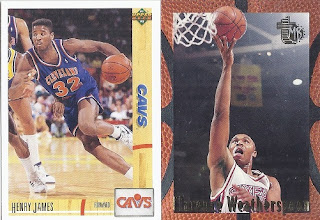 Weatherspoon's derp face makes it a clean sweep off the first scanner bed. 0-4. 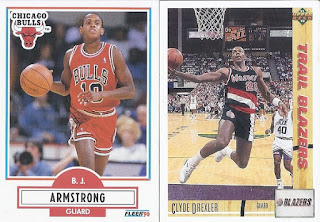 A great action shot of a HOFer. Plus, Armstrong refused to come to Toronto after being picked in the expansion draft. Easy on so many levels, and this is becoming a laugher. 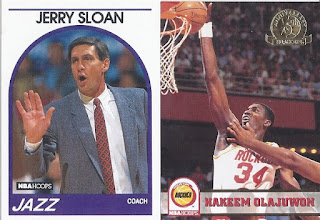 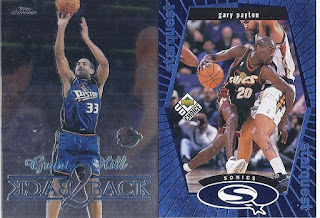 Will a Chrome-y card be enough to get the first repack its first nod? Yes, even over an insert card of a HOFer. 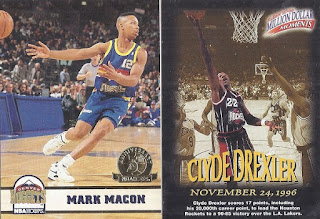 Even with 4 seasons there, Drexler in Rockets attire still seems odd. Is Macon making a no-look pass, or is he receiving one? The first repack starts it comeback with two straight. 2-6. 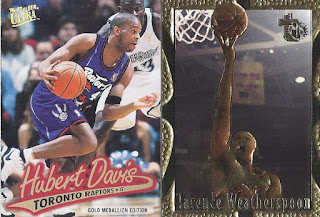 Raptors content! Interestingly, both of these are gold (Medallion or Idol) parallels. Even if the Davis card wasn't a new addition to my Raptors binder, it gets the nod easily. 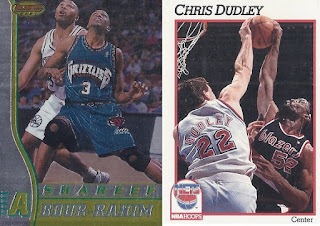 And a Grizzlies card as well! WOO-HOO! 4-6, but this one was actually closer than one would think. 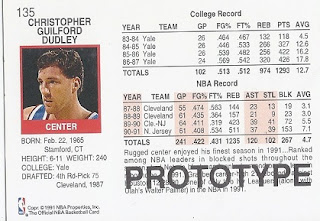 Since the Dudley was a Prototype, and helpfully labelled as such. 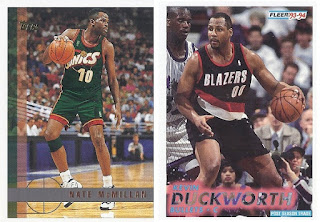 From one relocated team to another, the first repack's greatness continues. 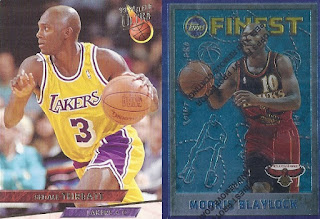 Finest is always nice, but the protective coating didn't exactly end up in the most flattering location for Mookie. We're all tied up at 6 each! 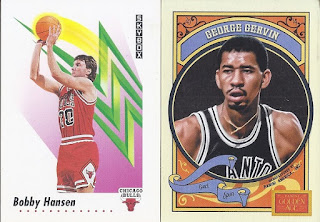 I know Golden Age isn't technically a basketball set, but how can I vote against The Iceman! 6-7! 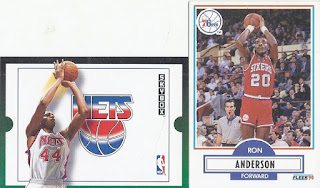 The Nets card is the team checklist, but I really looks so bland and lazy with all the white space on it. They could have at least used the road jersey. The Anderson is a simple card, but still the better one. 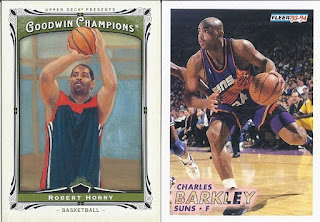 The Horry falls in the same category as the Gervin, as it isn't from a basketball set, but up against Sir Charles, it really doesn't matter. With 9 from the second repack against the 6 from the first, the Jordan-to-Barkley pack wins this battle of the field goal kickers.
And there you have it!
Posted by buckstorecards at 13:45