The last of Series 1?

Here's the final box of the 3 I picked up. You would think that 3 boxes would be enough to put together the 1-200 portion of the set, but I was still 11 short. *sigh* They'll be on the want list soon enough. Still, let's see what this brought forth. 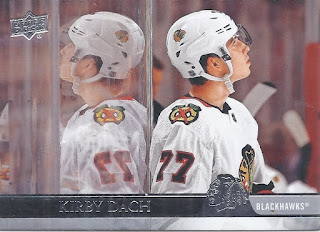 There were still some needed base cards that came out of this box. Such as this rather reflective 2nd year Kirby Dach. 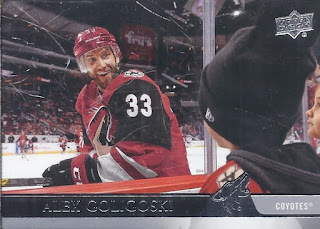 The rink glass also makes for an amazing rinkside photo of Alex Goligoski. This might be my favourite of the base cards in this. 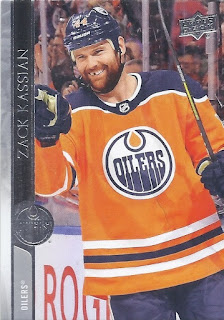 One more gap-toother photo before I leave the regular base cards behind. 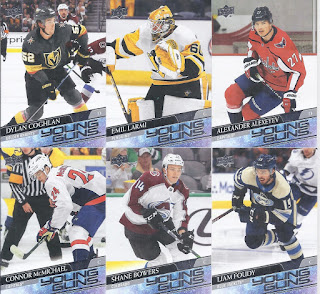 Here's the Young Guns content from this box. Foudy is the only one that has seen ice time so far that would qualify him for a card outside of the bubble universe. Canvas-wise, this really was a hot box for a future trade envelope to Ann Arbor. 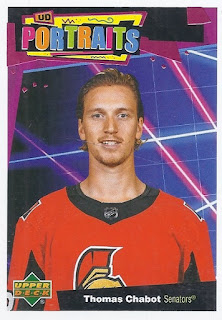 A new Sens card among the inserts is their final appearance in this. 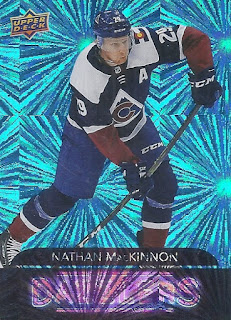 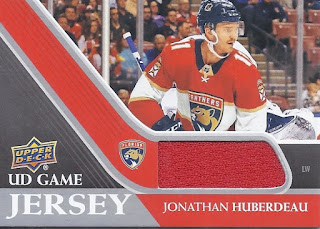 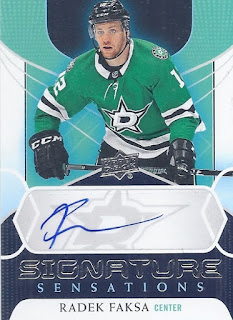 And one last Signature Sensations! Not only do I pack-pull my first ever Sig Sensations from one box, but I land a second of these one-per-case cards. Even better, it is a Kitchener Rangers alum! WOO-HOO! That's a great way to end these boxes, even with the collation issues.