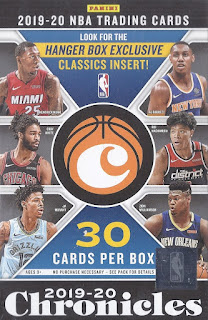 A hobby box of Chronicles this season was way too costly for me to take a chance. Even blasters were probably a no-go. But this? Just right! 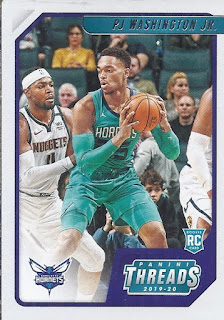 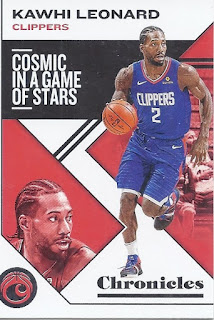 Chronicles - Kawhi Leonard - The base design for the base Chronicles. Even though it is really just one huge set with most of the designs technically being base cards.
Prestige - Kendrick Nunn
Chronicles - Damian Lillard 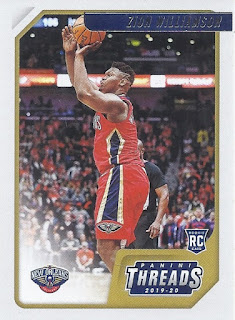 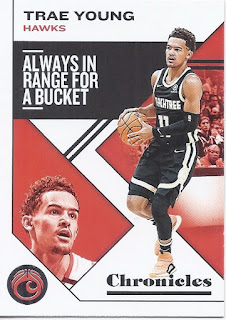 Chronicles - Trae Young - A nice thing about this set is that there are a nice number of the City/alternate jerseys used for the photos.
Luminance - Darius Garland 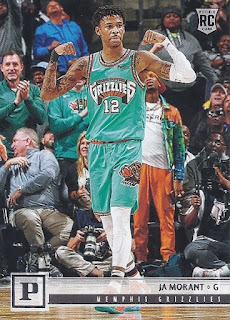 Panini - Ja Morant - This was probably the base card I wanted most from this. Not only is it of one of the "chase" players, he's sporting the Vancouver Grizzlies throwbacks! AWESOME!
Donruss - KY Bowman
Playbook - Sekou Doumbouya 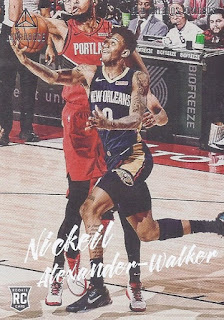 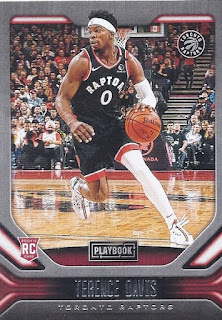 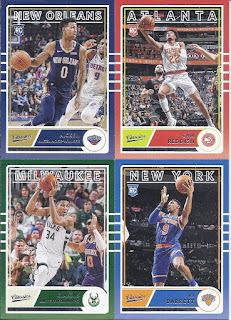 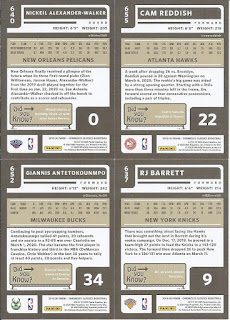 Classics - Nickeil Alexander-Walker
Classics - Cam Reddish
Classics - Giannis Antetokoumpo
Classics - RJ Barrett - Classics are hanger box exclusives in this, and I approve of the simple, yet colourful front design, and the "Did You Know?" facts on the back. 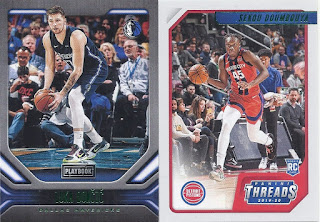 Playbook Green - Luka Doncic
Threads Green - Sekou Doumbouya - Greens are also hanger box exclusives. Those alternate Pistons uniforms are something else. And by something else, I mean ugly. 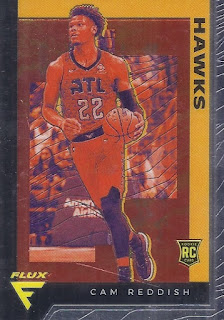 Flux - Cam Reddish - Flux is a set making its debut in this release. I don't mind the red hues, since it does work with the Hawks unis, but likely not so nice on a team without red in its scheme.
Hometown Heroes - Cam Reddish 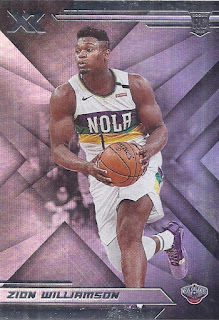 XR - Zion Williamson - Another Zion! And he's sporting the city uni as well. Of the two Zions in here, I think I like the Threads one more with the simple look.
Elements - Jordan Poole 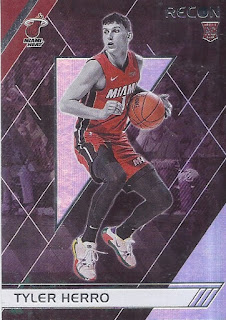 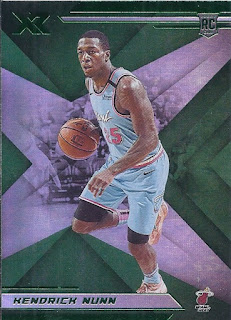 XR Green - Kendrick Nunn - And we end it with another parallel, and another City uniform.

Two Zions, and Ja Morant in the Vancouver look would be enough to make this a great box on their own, but throw in a few more name rookies, and some solid designs, and it is a winner. But I still wouldn't want to spend more than I did for this on a blaster or hobby box. A nice value.

I've got a whole lot of Chronicles baseball to get to as well that I got during the hiatus, but that will likely wait until next week.
Posted by buckstorecards at 12:06