Another trip into my COMC to-be-posted box, and some throwback jersey appearances across several sports. 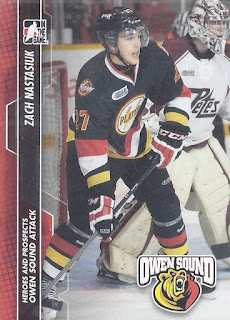 Even minor league teams can break out the throwbacks, and with there being a lot fewer issues for them, there are a lot fewer chances for them to appear on cards. But here is Zach Nastasiuk sporting an Owen Sound Platers jersey in an OHL game. He was drafted by the Wings, but has yet to see a game in the NHL. 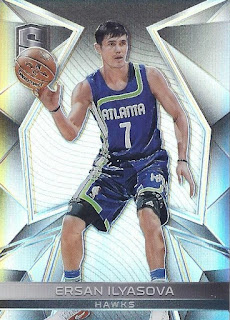 Until they go for the reverse of this with the blue-on-green design, this will have to be my choice for an appearance of the 70s Hawks throwbacks. 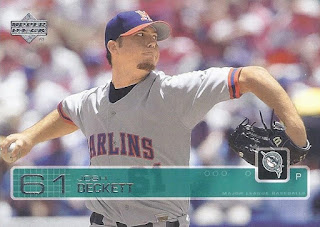 If you didn't have any major league team to throw back to at the time, you can always use the minor league team of the same name. 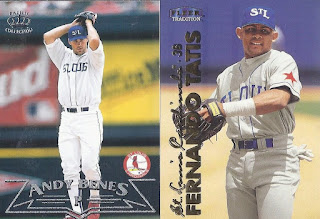 I guess St. Louis can use Browns jerseys if they want a different team, but given those can also be tied elsewhere, so the Stars from the Negro Leagues it is. And you get both the white and grey unis as well. Bonus!

There you have it! Repacks up next!
Posted by buckstorecards at 08:20